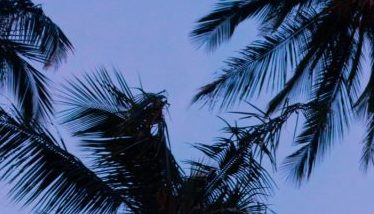 Oliver Twist by Charles Dickens is one of my favorite childhood stories. It’s the tale of a young boy who became an orphan when his mother died while giving birth to him. Young Oliver spends the first nine years of his life living at an orphanage under the supervision and care of a woman named Mrs. Mann. Around the time of his ninth birthday, Mr. Bumble, the parish beadle, removes Oliver from the orphanage and puts him to work with other orphaned boys at the main workhouse for the next six months.

One day—while hard at work—the desperately hungry boys devised a plan. They would draw lots and whoever lost would have to ask for another portion of food during lunch period. Oliver lost and was chosen for the daring task. The next time the boys are together for a meal, Oliver hesitantly walks forward through the eerily silent room filled with tense young onlookers. With legs trembling and bowl in hand, Oliver petitions the extremely stern Mr. Bumble with his famous request, “Please, sir, I want some more.”
Appalled, Mr. Bumble responds, “More ? You want some more?!”

Although this is a fictional story, sadly, many approach God the same way that Oliver approached Mr. Bumble—hesitantly! That’s because they perceive him as a stern, mean-spirited God. Yet, that’s not what God is like at all!

What prayers have you withheld due to an incorrect view of God?

Throughout Scripture, we are invited by the Lord to “come boldly to the throne of grace” (Hebrews 4:16 NKJV). To be “bold” is to be confident, courageous, forward, strong, and firm. The opposite would be timid, hesitant, and bashful. Think about it: God invites and instructs us to come to Him with confidence in order to receive our needs from Him. That’s how He wants His children to approach Him! So many prayers go unanswered because they go unasked.

Several years ago, Lisa and I had the opportunity to spend a couple of days together in Maui, Hawaii, prior to speaking at a conference. The timing was great because we had not had a refreshing break together in quite some time, and her dad had also recently passed away. So I was really looking forward to our time alone.

During the week leading up to the trip, the weather reports predicted heavy rain. Bad weather would definitely put a damper on our plans, so I prayed passionately against the rain.

I kept replying, “We’ll have great weather. All will be fine.”

When we arrived in Hawaii, we were greeted with dark, gloomy weather. The reports still indicated that the rain would not let up. A massive weather system had rolled in and covered not only all the Hawaiian Islands but also a huge region of the surrounding Pacific Ocean.

The next morning, nothing changed. As Lisa and I ate breakfast, I refused to speak contrary to what I was believing for—despite Lisa’s jesting.

“John, why don’t you pray something we know can be answered?”

We both laughed. Lisa often says the funniest things! However, before we completed breakfast, the rain had stopped, the dark clouds left, blue sky appeared, and the sun was shining brightly. For the rest of our time in Maui, we never saw rain or even a cloud blocking the sun.

Later, while at the conference in another part of Hawaii, several locals informed us that they had been drenched with rain the same days we had sunshine. They were surprised at our report of the beautiful weather we had. I believe God answered my persistent petitions and formed a hole in the weather system.

God wants to work on your behalf more than you want Him to. Your prayers invoke heaven’s intervention. So don’t be shy in approaching God. Don’t be timid with your requests. Be specific. Be bold. God will exceed your wildest requests. “Now to Him Who, by (in consequence of) the [action of His] power that is at work within us, is able to [carry out His purpose and] do superabundantly, far over and above all that we [dare] ask or think [infinitely beyond our highest prayers, desires, thoughts, hopes, or dreams]” (Ephesians 3:20 AMPC).

If you desire to learn how to approach God boldly, then click here to dive deeper into my Hearing God course! Start this course for free with a 7-day trial and begin your journey to freedom.