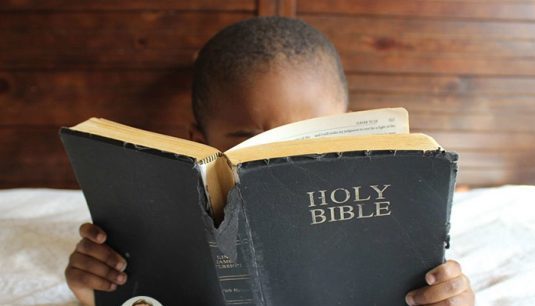 People often ask, “Why should I bring my child to church?” Or, “What are the values a child should learn from a life in church?”

HERE ARE THE 10 POWERFUL VALUES I LEARNED IN CHURCH AND THEN TRANSFERRED TO MY CHILDREN:

1. The BIBLE
Paul reminded Timothy, “…how from childhood you have been acquainted with the sacred writings, which are able to make you wise for salvation…(2 Tim. 3:15).

I learned all the Bible books, stories and characters. I memorized many Scriptures. Later, I learned the power of a daily Bible reading plan. For over 50 years, I have preached what I learned.

2. MISSIONS
Our church was always full of missionaries. From all five continents, I met powerful pioneer missionaries who gave their lives to bring the Gospel to the unreached peoples of the world.

I ended up serving two years on African soil going into remote villages and planting churches (something I have now done over 20 years).

3. Overcoming TEMPTATION
From the 40 days Jesus spent in the desert, I learned that Satan is a real being. He seeks to destroy my influence and my eternal destiny. I learned to overcome his temptations with Scriptures and a life of prayer and fasting.

4. FAITH for conquest
From Hebrews 11, I learned the “roll call of faith,” the great patriarchs who stopped the mouths of lions, quenched the violence of fire, and conquered kingdoms…by FAITH. I learned there is no mountain that cannot be removed with the principles of faith.

5. SUBMISSION to authority
I learned that Jesus submitted to His parents, to John to be baptized, to the government in taxation, and to the Holy Spirit in ministry.
I am forgiven of sin, free from bondage, given a purpose, and able to change the world.

6. Hearing the VOICE of God
I learned from Moses, Samuel and others that God will speak to me personally. He spoke to me in my spirit at 16 and called me to preach. Hearing His inward voice has been critical to success.

7. PRAISE and WORSHIP
I learned that worship is not just for heaven but for now. David organized 4000 musicians and singers in the tabernacle for worship. This love for worship helped me to write several songs that are used worldwide.

8. SMALL GROUPS
I learned that even Jesus had a circle, not just a row. His 12 friends helped him change the world. I learned accountability, transparency, and productivity come from small groups.

9. SERVING
Jesus washed His disciples’ feet and told then to follow His example. I learned that the greatest person is not the “Alpha Dog” but the one who is willing to do the least and lowest jobs.

10. Who you are in CHRIST
Finally, I learned that I have a new spiritual “identity” in Christ. I am forgiven of sin, free from bondage, given a purpose, and able to change the world.

Immerse yourself and your children in these 10 values. Who knows…you may be producing some world-changers yourself!