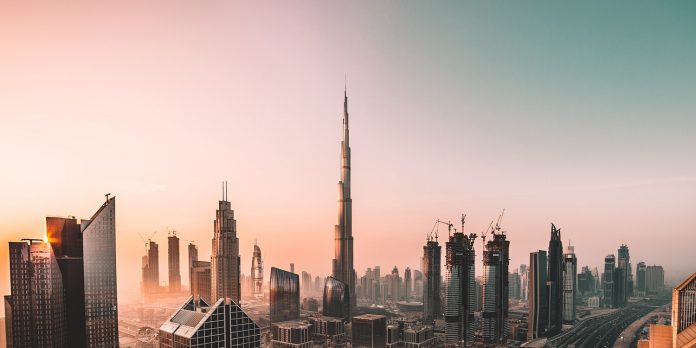 The most important feature of any permanent structure is its foundation. That’s because it’s the foundation that determines the strength and stability of the building or lack thereof. With this in mind, Scripture often compares our lives to the construction of a building.

Paul wrote, “You are God’s building . . . Because of God’s grace to me, I have laid the foundation like an expert builder. Now others are building on it. But whoever is building on this foundation must be very careful” (1 Corinthians 3:9–10 NLT). Similarly, Jude wrote, “But you, beloved, build yourselves up on [the foundation of] your most holy faith [continually progress, rise like an edifice higher and higher]” (Jude 20 AMPC).
Throughout history, mankind has constructed remarkable structures with impeccable engineering and design that have left us awestruck. Numerous tourists travel around the globe to observe these man-made marvels. Among these wonders include the world’s tallest building—the Burj Khalifa—which towers over Dubai.
Standing at an astonishing 2,717 feet, the Burj Khalifa is a sight to behold! With 163 floors, the Burj Khalifa includes a hotel, restaurants, residential apartments, office spaces, and the longest single running elevator in the world (140 floors), which travels at a speed of 32 feet per second. To give you further perspective about this manmade marvel, it’s approximately three times as tall as the Eiffel Tower and almost double the size of the Empire State Building.
As spectacular as the Burj Khalifa’s external details are; what is even more impressive is the foundation! With the Burj Khalifa weighing approximately 450,000 tons, it’s no wonder that the foundation runs 167 feet deep–that’s the equivalent to 10 stories! The whole building is supported by a large reinforced concrete raft, which includes 192 bored concrete piles each having a diameter of 5 feet and a length of 141 feet respectively. That’s a secure foundation!
Now, looking at our lives as God’s building, it’s important to note that just as builders follow a specific blueprint designed by engineers, beginning with the foundation phase—likewise, God (the Master Builder) has a specific blueprint and building design for our lives that can be found through studying and obeying His Word. Jesus taught:
“Therefore whoever hears these sayings of Mine, and does them, I will liken him to a wise man who built his house on the rock: and the rain descended, the floods came, and the winds blew and beat on that house; and it did not fall, for it was founded on the rock. But everyone who hears these sayings of Mine, and does not do them, will be like a foolish man who built his house on the sand:and the rain descended, the floods came, and the winds blew and beat on that house; and it fell. And great was its fall” (Matthew 7:24–27 NKJV).
A life built on God’s Word is like a house built on a solid foundation—it is built to last! Both the wise man and the foolish man heard the Lord’s teaching, but the wise man’s obedience to the Word that was heard is what made the difference. Likewise, when we build our life with obedience to God’s Word, it ensures stability as we rise like a beautifully erected building. When we’re grounded and shaped by God’s Word, we’ll stand firm when life’s storms arise. Therefore, let’s build wisely!