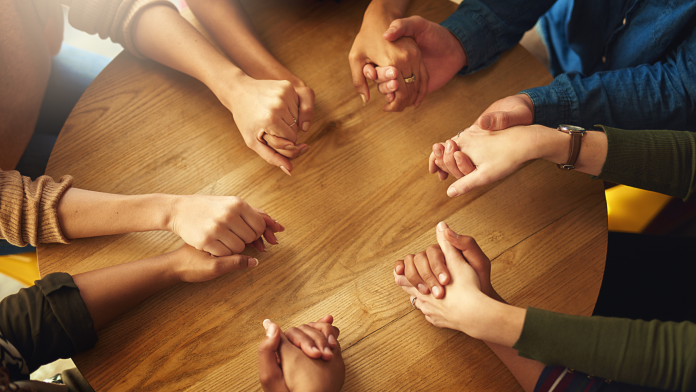 Tim Dance has been the pastor of Living Hope Church in Shrewsbury, Pennsylvania, since it was planted in 2007. He and his wife, Karen, have two sons and two daughters. You can follow him on Twitter and his church blog.

The Christian life is a life in exile. When we’re born again in Christ, we become citizens of a new kingdom, meaning we are “sojourners and exiles” (1 Pet. 2:11) in this world until Christ’s return. At the height of Christendom in the West, Christians felt at home in this world, but even before the cultural Christianity of the West began eroding 75 years ago, we’ve always been exiles. The tension and upheaval of the last few years made this reality more obvious to Christians, but it’s always been true.

In Exiles on Mission, Paul Williams analyzes cultural trends and points out that many Christians are experiencing a conflict—a dissonance between our Christian identity and our earthly reality. The gap between Sunday and Monday is widening. Our faith can feel insignificant, even irrelevant, to a post-Christian world.

As pastors and church planters, it’s crucial we lead our churches through these tensions. I’ve seen three mistaken approaches to our life in exile:

This person wants to belong, so they approach the world by assimilating and conforming. They change their lifestyle to adapt to that of their neighbors and coworkers. The integrated citizen tends to separate their private and public life. They may hide their faith and consider their personal life as sacred.

The church becomes a personal retreat—a spiritual day spa. Their message to the world becomes “to each his own.” But this is a dangerous place to live, an untenable position in the long run. Eventually, they succumb to cowardice and compromise their convictions.

These Christians recognize we’re exiles but feel we’re unjustly displaced. So they armor up and fight to “take back what’s ours.” The church becomes a battle station to prepare for the next attack. Displaced defenders are driven by anger against sin, resentment against godless leaders, and a sense of entitlement to the power positions of this world. One hot-button issue—like racial injustice, abortion, or the LGBTQ movement—often takes the brunt of their attack.

While Christians should engage in the public sphere and fight for biblical truth and justice, we can’t change society by forcing external obedience, and we can’t risk our personal witness in an attempt to defend the faith. The church is a missional outpost—a little piece of God’s kingdom here on earth—where the gospel of Jesus Christ is lived and spoken to transform the communities around us.CLICK TO TWEET

This approach withdraws from the world. They recognize they aren’t citizens of any earthly kingdom and don’t want to be. They view the world as a wicked, dangerous place. Driven by fear and a desire to preserve their own purity, they abandon society.

Visiting outsiders lose compassion for the lost, becoming emotionally and relationally detached, essentially telling the world to “stay away.” The local church is a shelter to hide from the dangers of society and just wait for Jesus to return. While there’s something instinctive about protecting ourselves and our children, we can’t deny our calling to be a light to the world.

As we look at these three approaches to life in exile (admittedly exaggerated to make the point), we’re tempted to judge others for their approach. We might think they’ve “sold out” to the world or accuse others of “holy huddles.” But in reality, our hearts and minds are susceptible to drifting into one fallacy or another.

So then, what is the biblically-faithful, Christ-centered approach to our life in exile?

Faithful ambassadors are driven by conviction, courage, and compassion by the Spirit’s power. Living as an ambassador means getting to know the people, language, customs, and power structures so we can represent God’s kingdom to the country we’ve been sent.

Ambassadors adapt to the foreign culture in ways that don’t compromise the essentials of our faith—so there may be adjustments in our style, language, and customs. We stay engaged in public life and are able to effectively address larger social issues because, by God’s grace, we’ve built a reputation and earned a voice.

Embracing this perspective means we view the local church as an embassy where ambassadors can connect with their homeland, train, and work together. The church is a missional outpost—a little piece of God’s kingdom here on earth—where the gospel of Jesus Christ is lived and spoken to transform the communities around us. We invest in society, engage with the world, and love the people around us.

Life in exile is our calling. It’s not easy, but the Father has called us, Jesus prays for us, and the Spirit fills us. With that hope, we can pray, live, and speak so that God’s kingdom comes and his will is done on earth as it is in heaven.