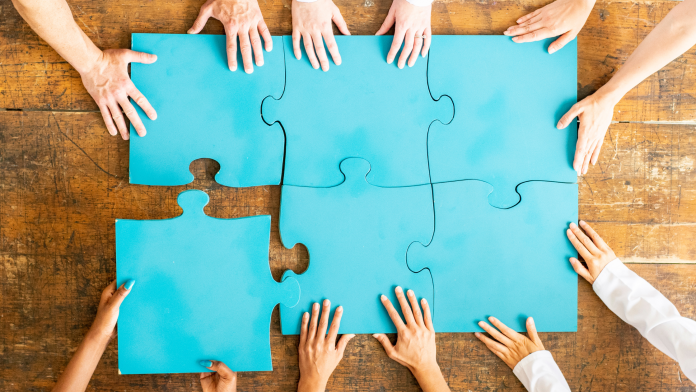 Patti Rosell is a wife and mother of four. She has her master’s in social work and has seen those skills repurposed in recent years to serve the local church. She has been a member of Seven Mile Road, just north of Boston, for 17 years. Patti serves in a variety of ways discipling women, teaching, writing, and working with pastors to value and love their women so the church thrives.

The gospel life is meant to be lived out in a community. The work God does individually and personally propels us toward others. Our reconciliation to him through Christ brings about freedom and security, opening us to the broader story he is writing. Inviting us into a diverse family who is tasked with the proclamation and embodiment of the gospel. We have companions to journey as we walk out what it means to live kingdom realities while on earth (Matthew 6:10).

This is easier said than done, right?

The world we live in gives a counter message to the invitation of community. Individualism, isolation, productivity, and comfort are all common temptations that seek to put us in competition with one another. To look at others with suspicion or hesitation, seeking to protect ourselves, is contrary to the life of a Christian. We are given a vision in 1 John 1:7 that, “walking in the light, as God is in the light,” results in having fellowship with one another. Depth of relationship with one another comes from living in openness and transparency before the Father. As we do this, being known by others follows.

Leaders have another level of challenge as they seek to live honestly among those they are called to serve. The role of the pastor or ministry leader can create expectations or concerns about how you are perceived. This keeps you from experiencing true community and, without care, you slowly slip away in isolation. This is subtle and it creeps into our lives the longer we are in ministry. It’s why care—both personally and corporately—must be taken to cultivate a culture of gospel companions, not competitors.Depth of relationship with one another comes from living in openness and transparency before the Father. As we do this, being known by others follows.CLICK TO TWEET

One striking example we see in Scripture is the life of Paul. In Romans 16, Paul lists a series of greetings at the end of his theologically rich epistle. He wrote with all the depth of knowledge, but also great love. His affection for those journeying with him is instructive as we seek to be known among those we serve. His attention to others illustrates for us how to honor one another as companions and create a culture that reflects Christ.

Paul Made Friends as He Sought to Win Souls

Paul’s benediction in Romans 16 outlines the breadth of horizontal relationships he had as he lived on mission. The singular focus of proclaiming the good news did not inhibit him from sowing seeds along the way. These relationships were cultivated on the road and built over time. Paul paid close attention to details—he remembered names and showed interest in understanding other people. His curiosity led him to truly get to know others and, in turn, for them to know him. You get the sense that his ability to rattle off all these names also meant he carried them with him in prayer. He prayed diligently for them long after they parted ways. These friendships were not in competition with the work Paul was tasked with. They were the means by which his impact was multiplied.

Romans 16 also mentions 10 women of importance. Nearly a third of everyone mentioned in this chapter are women. Single, married, mothers—they all were part of the work. Paul goes out of his way to commend Phoebe for her work (Rom. 16:1) and lists the specific contributions of the other women who helped him both relationally and financially in the first fifteen verses. Paul was blessed by the unique support and help of specific sisters the Lord provided. He didn’t miss that valuing them was a key to his own health and reach of the gospel.The truest expression of the gospel is the way in which we live with each other.CLICK TO TWEET

The language of thanksgiving is threaded throughout Romans 16. It’s found in the individual affirmation of people, as well as how their presence, work, and commitment benefited the church as a whole (Rom. 16:4). Paul lived with the reality of his own growth in ministry. He was shaped first by God and then by others. He sought to truly see those he had been gifted to serve alongside, and displayed thankfulness in his heart and words. Paul’s posture of gratitude tethered him to others in a profound way.

A community does not just happen, it is cultivated. Paul’s example of seeing, affirming, and expressing his need for others as fellow workers is an example for us. Spend some time reading through the words of Romans 16. The truest expression of the gospel is the way in which we live with each other. It’s there we find freedom and continue to be a place where others who don’t yet know Jesus can see a glimpse of the kingdom now. What a gift to have companions along the way.