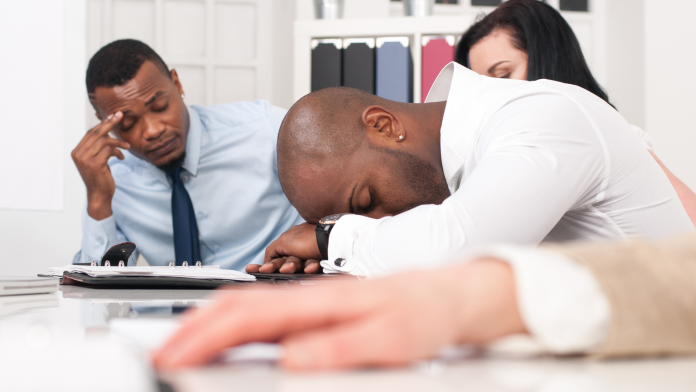 My journal records one of those pressurized times in a church I served some years back.

Consider that the church was still recovering from a split five years earlier, leaving us with a diminished congregation but an all-consuming debt.  Consider that some of our people still carried guilt over their actions during the fight, while others nursed hurts and anger from the same tragic event.  I’d not been around during that catastrophe, I’m happy to report, but the Father had sent me in to help the congregation pick up the pieces and return to health and usefulness.

I was weak personally, having just emerged from a brutal three-plus years trying to shepherd another congregation that was divided.  So, I came in gun-shy, hoping to avoid conflicts with church leadership and the demoralizing griping from church membership.

Naïve, huh?  Probably so.  People are going to look and act like who they are.

Daily I was being undermined by the angry, criticized by the hurting, ostracized by the pious, and scrutinized to the nth degree by leaders, self-appointed and otherwise.  When I tried to do a few things I considered normal and healthy, these also were thrown back in my face.

The journal records my efforts to bring in community leaders for a forum during which the guest would speak and be questioned.  Our people could not understand why in the world I would want to bring a congressman, for example, to our church.

I was stunned.  They don’t see the need? Aren’t they citizens who vote and who are affected by the actions of political leaders? Do they not care?  Where have these people been?

If it didn’t involve evangelism or end-times, the leadership wanted no part of it.  Not that they were doing all that much about either.  These were merely points to check off in rating anyone coming to their church.

Walt Handelsman was the Pulitzer Prize-winning cartoonist for the New Orleans Times-Picayune.  I admired him greatly and was delighted when he gave me an autographed collection of his editorial cartoons.  When I asked if he would be available to visit our church some Sunday evening in the hour preceding worship, he quickly agreed.

I began mentioning to a few leaders my plans to host Walt for an hour.  I thought they would be pleased. They were anything but pleased.  Not a single person thought it was a good idea.

–“Do you realize Walt is Jewish?”  When I said we’re not bringing him here to talk religion but to share how he chooses his issues for cartoons, and that we are going to be a respectful host, you would have thought I’d given up being a Christian.

–“Inviting him to our church would be putting our approval on what he says and does.”  This is quite a stretch, but people who believe such cannot be reasoned with.

My wife said I should drop it, that it wasn’t worth fighting for.  She was right.

Reluctantly, I called Walt and explained the situation.  He was gracious.  I said, “I don’t want you feeling this kind of narrowness is typical of all Baptists.”  He said, “Since there are pastors like you among them, I won’t think that.”  (Forgive me for inserting this, but I thought it necessary.)

I wrote all of this in my journal for 1994 and added one more thing.

Now, I am well aware, thank you, that God has not promised that leadership in the Kingdom would be easy or all fun and games.  Matthew 10:16ff makes it clear that the faithful may expect to be savaged and ravaged, so believers have no excuse for not knowing this or being prepared.

But sometimes working with the Lord’s people can be quite frustrating.  I know, I know.  Ask Moses.  He is the gold standard for dealing with a carnal, self-righteous crowd, one a zillion times as big as any I’ve pastored.  He felt the burden, stumbled a couple of times, but got up and grew stronger, and left a record of steadfastness under pressure and criticism which any of us would aspire to.

Even so.  Pastors, God bless ’em, have to deal with the offspring of Moses’ bunch.  Sheep can be hard on their shepherd.

Church is no longer “fun” when….

–When you work and plan and promote an event, and only a handful show up.

–You go to great expense to bring in a key speaker, one whose message can transform a church, and few attend.

–When that guest speaker is one you have known and valued for years, but the congregation rejects him because he preached conversationally and not bombastically.

–When you have a great dream, vision, and high hopes, but no one buys into it.

–When you bare your soul and share your heart, and they sit there and stare at you like they wonder what planet you dropped in from.

–When the church is divided, cannot agree on anything, and it seems you are the only one who thinks this is wrong.

–When the deacons argue among themselves, and when they bring a divided recommendation to the congregation, they continue the argument on the floor of the church.

–When the community is not being reached, no one is coming to Christ, and the baptismal waters have not been stirred in a while, and no one seems to notice. Or care.

Jesus knew the feeling.  He preached and ministered and gave the crowd the meat of the word, and then looked up to see all the crowd gone.   Looking around, He said to the disciples, “Will you go away also?”  (John 6:67)

So, pastor, when you feel that way, remember you’re not the first.  Don’t get discouraged and do not quit.  It’ll be better in time.  But whether it does improve or never does, you have been called for the duration.  Keep your eyes on the Lord, and not on the people.

Do some things for your own mental well-being, preacher.  If you have a grandchild nearby, push him or her on the swing and take them to feed the ducks.  Take them to the zoo.  Take a few days off and go to the beach.  Get up early and walk the shore and pick up shells and talk to the Lord who called you into this work in the first place.  Or go to the mountains.  A few days rest can do wonders for your perspective.

Above all, stay close to the Lord and your spouse.  That is absolutely essential.