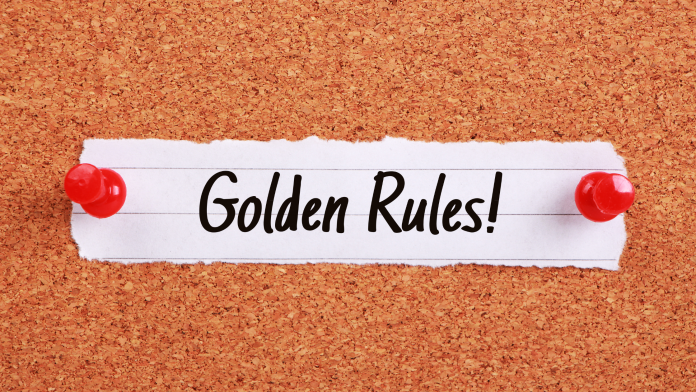 I asked some of my minister friends for their advice concerning church staff relationships.  Here in no particular order are their responses.

1. Jim says, “Be very careful whom you trust completely.”

In over 3 decades of ministry, Jim says he has been brutally betrayed at least 3 times. It has made him wary about trusting anyone with anything confidential.

I’m recalling a time two churches ago when the personnel committee and I were dealing with a sensitive issue, long since forgotten. I said, “Can I say something in here and it not go any further?” The chairman said, “Pastor, I wouldn’t say anything in here you do not want to get out.”

That was a courageous thing for him to do. As subtly as he knew how, the chairman was warning me off from trusting some of the people in that room. In time, I learned he knew whereof he was speaking.

2. Andy says, “First, pastor the staff. Be their shepherd.”

Something inside us wants to protest, that, well, the staff are all ministers and they don’t need pastoring. They do. In fact, preacher, so do you.

My answer is: be both. I can pastor friends.

3. Chris says, “You will never have a ministry like Jesus’ until you’ve had a Judas at your table.”

Pastors should accept the reality that sooner or later one of their dearest friends and associates will turn out to be the biggest troublemaker in the church.

4. John says, “Staff members should stand up for their pastor.”

One of the most devastating assessments of a certain minister says he “tends to agree with whoever he’s talking with at the moment.” I suspect that in his mind this makes him a good guy and a friend to everyone. It also means he has no convictions, no courage, and no backbone.

Sometimes, to be true to Christ and to one’s calling, each of us will have to say to the fellow across the table something like this: “I beg to differ with you. The pastor’s not that way at all. He’s actually one of the godliest men I know.”

Amazing how those short sentences can stop a critic in his tracks.

5. Joe says, “And that knife cuts both ways. The pastor should stand up for his staff.”

The rule is: Defend him in public, but criticize him in private, person to person.

6. Mel says, “You can delegate tasks, but not responsibility.”

Even when as pastor I ask you to perform a task, it’s still on my desk, on my plate, on my mind. I’m still accountable to the church to see that this gets done. The pastor cannot stand before the deacons or a leadership team and excuse himself for malfeasance because “I asked Tom to do that and he failed.”

7. Michelle says, “Guard your hearts and minds in Christ Jesus.”

Keep yourself close to the Lord–whether you are the lead pastor or the lowliest staffer–and keep the heart pure by constant prayer, daily repentance, and faithful service.

A pastor friend tells me he’s about to lose a church family because they are unhappy that the annual Thanksgiving dinner in which members of the congregation gorge themselves on turkey and dressing and all the trimmings has been turned into a community dinner, where the members serve the neighbors and unchurched who attend.

How strange is that, the idea that the church should actually “serve!”

Pastors and staffers will always want to set the example by their willingness to get dirty and do the lowliest tasks. Nothing endears a leader to his people than seeing him lay aside his theological degrees and clerical persona, gird himself with a towel and wash their feet.

9. Linda adds, “Keep your friends close and your enemies closer.”

She did not elaborate on that old maxim from political life. I’ve known of governors and presidents who appointed an outspoken critic to a job in the administration in order to shut them up, but also so they could watch them closely.

There are limits on that. I’ve also known of churches in which leaders wanted to appoint the pastor’s severest critic to a key committee thinking that would shut him up. All it tends to do is give him a platform and a bullhorn. Not a good idea.

a) Do not ask anyone to do what you are unwilling to do.

b) Expreess appreciation regularly and publicly, but criticize privately.

c) Overlook mistakes. We all make them.

d) Free staffers to use their gifts.

e) Pray for one another.

f) Choose your staff carefully; they can make you or break you.

11. Monte says, “Everyone needs a Barnabas.” (An encourager)

The other ministers on the staff are in the best position to encourage one another, because they know what you are going through. Monte says, “There are times when an ‘attaboy/girl’ is the balm that is needed to make it through a particularly rough situation.”

12. Monte adds, “Pastors, be sensitive to staffers who are single.

These ministerial staff members do not have someone waiting at home to bounce ideas off or get comfort from. She says, “It can be a lonely place.” So, what can a pastor do? “Maybe occasionally checking in with the single staffer to see how he/she is coping with their ministry would be helpful and healthy.”

13. Sam says, “The matter of coming in as pastor and giving leadership to a staff put in place by your predecessor has its own challenges.”

No question about that. I’ve known it to go both ways, for the new pastor to be given carte blanche to wipe the slate clean and bring in his own team, and for pastors to be told that “the staff are all loved by this church and we expect the new pastor will work with them.”

I suspect this deserves its own article, rather than just a couple of lines here.

In the meantime, we send this forth in the hope that something above will be of help to a staffer or the pastor who seeks to lead a staff.