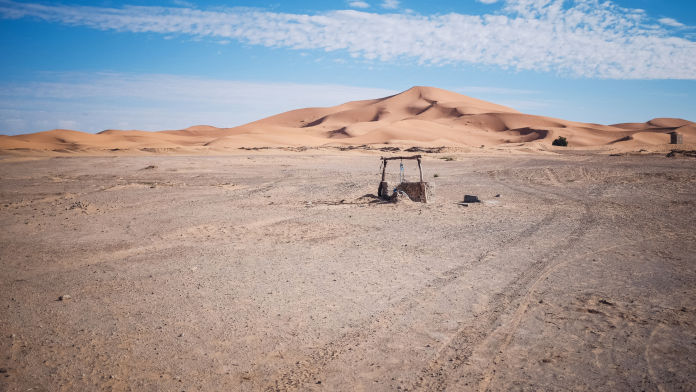 Every day, people do things with the hope that it’ll change their life like a new diet plan, a new exercise regimen, a new family devotional, buying a ticket at the lottery, and the list goes on. Most of the time, these things don’t do as much for us as we were banking on. But I have found something that will. Proverbs 25:26 says, “Like a muddied spring or a polluted well are the righteous who give way to the wicked.”

The fact is that when our hearts are muddied, we can’t see clearly the things that God is envisioning for our lives. When we un-muddy the waters of our hearts and begin to see them the way God does, that’s when life truly changes. A perfect example of this is found in the story of Hagar. She was the assistant to Abraham’s wife, Sarah. When Sarah couldn’t have a child, she came up with a plan. She told Abraham to sleep with Hagar, so that she could bear a son for her.

Even though that is crazy, it was a little bit more of a customary act during the time. So, they went through with it. Hagar had a child, and they named him Ishmael. Later, God fulfilled His promise by giving Sarah a son, and they named him Isaac. As the two boys grew, tension grew between the two mothers. One day, Sarah saw Ishmael mocking Isaac and asked sternly for Abraham to send them away. So, Abraham loaded them up with food and sent them away from his camp.  As we can imagine, Hagar’s heart was broken. As she and her son traveled throughout the desert, they ran out of food and could no longer find water. So, she sat her son in the bushes and went just far enough away to hear him cry. She couldn’t bear to see him die, so she was waiting to hear the crying stop. She would then go bury him and lie down herself to die.

But the Bible says that God heard Ishmael’s cry.  He opened up Hagar’s eyes to a well of water, and she went and filled her jar with water to give her son a drink. God saved their lives. If you’re broken-hearted today, God wants to open up your eyes to the way He sees your life. He wants to bless you. But you must cry out to Him. You must ask Him to un-muddy the waters of your heart so that you can see clearly.

When you do, there’s no question that He’ll show up. He will open your eyes to the incredible future He has planned for you. The truth is that living by faith doesn’t mean you’ll have it easy. In fact, sometimes it means you’ll have more hard times! Obedience is not the path of least resistance, but it is the path that leads to the greatest rewards. Thank God, He always has hopes beyond your hurts!