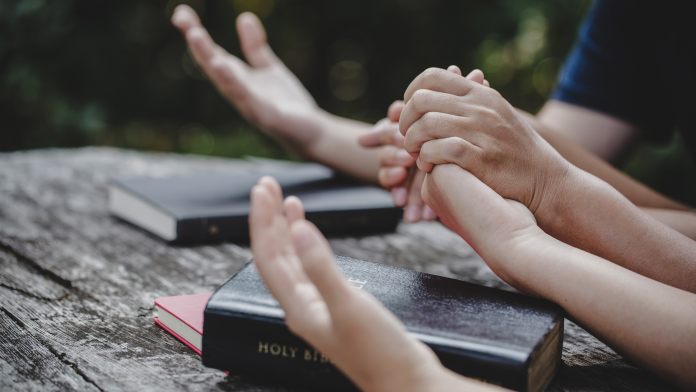 If I were a young man just beginning to minister for the Lord, I would want to make sure I did these things…

One. I would honor the church.  This means being loyal to it, involved in it, faithfully preaching that the church is the only institution the Lord formed, and I would work through the local church.

Two.  I would want to get as much formal education as possible, and do it as fully and completely as possible.  This means, I would move my family to the campus just as we did the first time, and get to know the professors and students personally.  The bonds formed in class and in between class periods last a lifetime.  Thereafter, I would continue getting as much education as I could, and if some of that was online, that would be fine.  But the basic seminary education, I would do on campus.

Three.  I would try to master all the electronic instrumentality available to help do the work of ministry.  I would not go for gimmicks but would want anything that could enhance my work.

Four.  I would figure out some way to fence off regular time for my family, and would guard it with my life.  If I’ve learned anything from a lifetime in the Lord’s work, it’s that everything that happens to a pastor is urgent, demands his immediate attention, and will result in criticism if he doesn’t see to it.  But to give in that tyranny is not good for the church and is devastating to a pastor’s home life.

But the pastor must plan ahead of time–days off, vacations, retreats, etc.–and get the rest of the leadership team on board to help him protect that plan.  He cannot do this alone.  (Try that and you’ll soon be out of a job, pastor.  You need to set up a system of people covering the hospitals and other crises while you are tending to your family.)

Five. I would ask God again and again–until He did it!–to give me a tough hide to endure criticism.  No pastor in the history of the world has ever pleased all his people.  It is to my everlasting shame that I sometimes tried it.  But no more.  It was bad for them and frustrating for me.

Six.  In my pastorates, I would bring in the best guest preachers in the world.  Not just the best ones we could afford.  I’d go for the top of the line, the ones with something to say, a vision for the Word and the world, people who leave a church changed forever after one weekend.  I want to be that kind of visiting preacher and I sure would want to bring that kind to my people.

If we could not afford to bring someone in, I’d look for ways to make it happen anyway.  That involves sharing my vision with key leaders, asking the church to set aside funds for this in the future, and if necessary, pay for it myself.  One other thing:  Those special preachers/speakers/leaders will appreciate being told up front if the honorarium will not be up to his usual standards, but that you will be doing all you can to make that better.

Seven.  I would make my church a house of prayer, my congregation a people of prayer, and myself a man of prayer (see Mark 11:17 and Isaiah 56:7).  This is a big, big deal with our Lord (see Luke 18, the entire chapter) and it increasingly is with me.  If I were starting over, I’d quit worrying about praying like someone else and start praying prayers of faith.  I’d pray far more in private than ever in public.

Eight.  I’d help my church to laugh more.  Okay, I did this already in every church I pastored, but I’d still stay with it. Not everyone appreciates laughter in God’s people but the ones who do not are the very ones who need it.

Nine.  I would encourage unemployed preachers, in particular those turned out of their churches by unthinking, uncaring and heartless congregations.  (I chose those words wisely and mean them.  To heartlessly send a pastor away because you don’t like his preaching or feel he’s ill-suited for your church–or a hundred other flimsy reasons–shows the ones perpetrating this nonsense to be unbelieving in God and doubting His judgment.)

Ten.  I would get out of the church office more and visit my people on their jobs, in their homes, on the playground, at the school.

I love young ministers and share their excitement over the call of God. They are going to be uniquely situated to make an eternity of difference in so many lives.

If you have a young minister in your life, pray for him/her–constantly, in faith, believing, trusting.