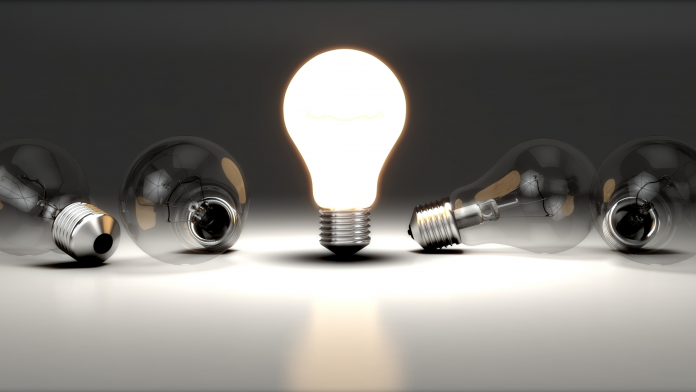 Brad Edwards is the planter and lead pastor of The Table Church in Boulder County, CO, the cohost of Everything Just Changed, and writes about the intersection of individualism and institutions as often as Mere Orthodoxy and The Gospel Coalition will let him. You can follow him on Twitter for takes both hot and cold. When not spending time with his wife (Hannah) and two boys (Ransom and Deacon), he’s either skiing or slinging original pre-prohibition style cocktails (but not at the same time).

Editor’s Note: This article is the last of a two-part series from Brad Edwards. Read part one here.

Despite every (good) ministry innovation in Scripture being God-initiated and God-achieved, we often minister with an unspoken pressure that it’s ultimately on us. Watching years of ministry fruit go up in a puff of smoke can expose how much we’ve believed that lie.

For post-pandemic ministry to be sustainable, we need to learn to innovate in more human-sized and God-dependent ways. By “sustainable,” I mean more than pastors making it to retirement. The relational systems (churches) and people (disciples) we lead have been irrevocably changed by the last two years, and their sustainability requires subtle but significant reorientation.

Too much or the wrong kind of innovation can increase anxiety saturation and fracture systems further (for more on why, read A Failure of Nerve by Edwin Friedman), but enough of the right kind can reinvigorate.

Perhaps the most timely and potent innovation is not innovating. With society still under immense pressure to return to normal, there’s an undertow of grief growing as we realize that “normal” is gone for good, and what’s next is still “TBD.” Congregants need both margin to process and permission to wonder whether it’s OK to not have their act together (or fake it) like they used to. They need to hear Christ’s repeated assurance that “it’s more than OK; not having your act together is the only prerequisite for grace.”

By the way, you need that, too. Refusing to fuel anxious innovation is a courageous act of faith and a pastoral balm to those we’ve been entrusted to shepherd. Stewarding that responsibility over the long haul requires that we practice what we preach.

Jesus promised to build his church. Innovating can take a smoke break.

For over two years, you have faithfully functioned as 24/7 crisis managers, amateur epidemiologists, reluctant live-streamers, unwilling introverts, and therapeutic caregivers. Now that our people are somewhat getting their bearings, many of us will start feeling the accumulated anxiety that space provides. Too much or the wrong kind of innovation can increase anxiety saturation and fracture systems further, but enough of the right kind can reinvigorate.CLICK TO TWEET

Because we’re used to operating with super-human efficiency (or trying to), leading in fully human ways will feel sub-human initially. That’s OK! While it’s frustrating to feel stuck somewhere others have seemingly moved on from, they can because you’ve led well enough to give them that space.

That’s not an oxymoron. Rather, it’s what Chris Martin describes as “laying new ruts in old roads.” Familiarize yourself with saints who also endured dramatic socio-cultural change (not just the Reformers) and feast on their wrestling matches with God.

In an era of near-constant change and social upheaval, invite your people to join you in being “planted by still waters” (Ps. 1). Outrage and catastrophizing are symptoms of anxiety oversaturating society. Reject them for Word, sacrament, and prayer—not as a pietistic escape from reality, but as resilience training for a non-anxious remnant. Prioritize Scripture reading over Scripture quoting, silence and stillness over worrying and warring.

As the earthly manifestation of Christ’s presence on earth until he returns, we actually (not just symbolically) “pass the peace” of Christ in Sunday worship. That spiritual reality is just as true Monday through Saturday. As we embody Jesus through our relational and creational generosity, his presence and peace leavens our neighborhoods and communities. Practically innovating that theological truth may require the most imagination because it requires the most structural change to our ministry—especially in how we reprioritize our time, money, and attention.

For example, identify and resource ways to make physically showing up as easy as possible (e.g., free childcare for all events). Some may balk at requiring regular worship attendance to participate in a small group, but many will legitimately need both carrot and stick to restart old habits. End every sermon series with an evening of discussion/Q&A, free pizza, and childcare.

Summer attendance in Colorado is always rough, but many said “hold my beer” to squeeze in two years of delayed travel into three months, so we’ve compensated with monthly post-worship service food trucks, BYOP(icnics) in the park, and other organic opportunities to maintain connection. Prioritize Scripture reading over Scripture quoting, silence and stillness over worrying and warring.CLICK TO TWEET

If “missional innovation” means “sexy,” the above is neither. If it means making disciples more effectively, it’s a solid foundation for reimagining post-pandemic ministry. The more tangibly inter-connected our church’s relational systems are, the more they’ll be characterized by refuge and resilience instead of outrage and exhaustion. And if nothing else, to “taste and see that the Lord is good” is an invitation to enjoy the hospitality of Christ even as we extend it to others.

And yes, that includes the occasional nap.