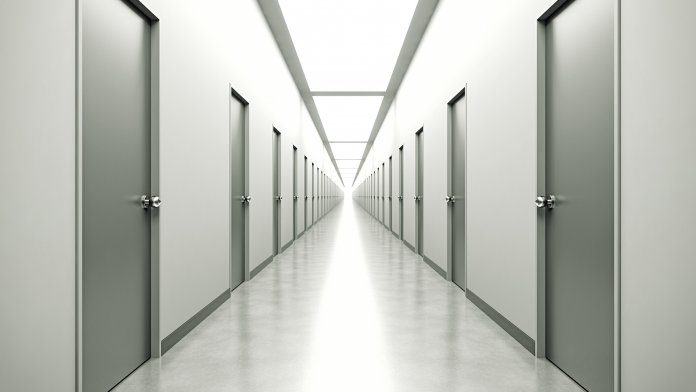 “3 Ways the Modern World Destroys Your Joy, Hope, and Faith in Everything” is written by Joe Terrell, Carey Nieuwhof’s content manager and host of The Art of Leadership Daily podcast. Joe lives in Colorado with his wife and two cats.

But this time machine can only move in one direction through time: Backwards.

Therefore, if you use the machine, there’s no coming back. So, here’s the question:

Where would you go?
When would you choose to live?

This inquiry is more complex than it initially appears. Strip the romanticism from any era of history, and you’re left with the unsettling reality that the fate of human society has often been at the mercy of disease, famine, and warfare – forces entirely outside the control of the average person.

In The Better Angels of Our Nature, Steven Pinker writes,

“It is easy to forget how dangerous life used to be, how deeply brutality was once woven into the fabric of daily existence. Cultural memory pacifies the past, leaving us with pale souvenirs whose bloody origins have been bleached away.”

Or, in the words of Thomas Hobbes, life – in the not-too-distant past – was “nasty, brutish, and short.”

If you want to “practice gratitude,” study history. Nothing will reframe your perspective on the “good ‘ole days” quite like an honest appraisal of what our ancestors used to accept as “normal.” The amenities and health outcomes we take for granted today would be viewed as miraculous a century or two ago.

If you want to “practice gratitude,” study history. Nothing will reframe your perspective on the “good ‘ole days” quite like an honest appraisal of what our ancestors used to accept as “normal.”

By any conceivable metric (life expectancy, education, literacy, human rights, poverty, infant mortality, food insecurity, etc.), you’d be hard-pressed to find an era of history in which a majority of the Earth’s populace was healthier, safer, and freer than we are today.

We live, arguably, in the least violent and most stable era of human history. To quote the first-century Roman poet, Ovid, “Let others praise ancient times; I am glad I was born in these.“

It’s amazing how quickly the “time machine question” shifts from “Where would you go?” to “Would you use it all?” (And, depending on your race or gender, that shift may occur much quicker).

None of this, of course, suggests that those of us who live in the developed world are members of a utopian society or that we should just “shut up and be grateful.” The benefits of modern society don’t spare us from a broad spectrum of existential threats and injustices – and I’ll address some of those realities in the final section of this article.

At the same time, why is it that despite the blessings of the modern world, we find ourselves more stressed, lonely, and angry than ever before?

From dating apps to a “hunger for the apocalypse,” here are three ways the modern world destroys your joy, hope, and faith in everything (and how to fight back).

1. The Hidden Curse of Too Many Choices

Imagine you’re standing in a hallway lined with doors.

The hallway extends forever into infinity, and you’re told behind each door is a prize.

While you can open as many doors as you want, you can only choose one prize to take home. And once you choose a prize, you can’t open any more doors.

The Infinite Hallway is a thought experiment designed to illustrate the tyranny of having too many options. I first came across it in comedian Aziz Ansari’s book Modern Romance, where he used the Infinite Hallway to explore how dating apps can increase relationship anxiety and generate a “fear of missing out” (a better match, after all, could just be a swipe away).

In one famous study, people in a supermarket were less likely to purchase a jar of jam when presented with more flavors and varieties because they were more anxious about making a regrettable choice in the face of so many options.

In The Paradox of Choice, Barry Schwartz writes,

The consequences of too much choice extend far beyond our relationships, jam preferences, and endless Netflix scrolling. For example, a little over a hundred years ago, your career path was set before you were born. You’d do the work or learn the trade of your father (as he did with his father). And, if you were a woman, your career options were far more limited.

For the most part, we don’t live in that world anymore. And that’s a good thing. But, when faced with the illusion of infinite choice – in our careers, relationships, etc. – we hold onto the false hope that perfection is waiting just around the corner.

We mourn choices not made and roads not taken because we’re more aware of life’s possibilities and alternative branches. We also have more choices and opportunities than generations past.

However, the biggest problem with the Infinite Hallway is how we trick ourselves into assuming our hallway is infinite – as if we’ll always have time to explore more options and possibilities. But we don’t have infinite time; we’re finite beings – we run out of time.

So, we need to reframe our thinking. Every decision you make is a trade-off that closes the doors to other opportunities. However, it’s the act of choosing in the face of so many choices that makes your decision so special.

In 4,000 Weeks: Time Management for Mortals, Oliver Burkeman makes the case for “settling,” but not in the negative sense that we typically attribute to that word.

Speaking about a couple deciding to marry, Burkeman writes:

In consciously making a commitment, they’re closing off their fantasies of infinite possibility in favor of the “joy of missing out:” the recognition that the renunciation of alternatives is what makes their choice a meaningful one in the first place….When you can no longer turn back, anxiety falls away, because now there’s only direction to travel: forward into the consequences of your choice.

In a world of (seemingly) infinite choice, settling may be the most practical, common sense, and romantic gesture of all.

Every decision you make is a trade-off that closes the doors to other opportunities. However, it’s the act of choosing in the face of so many choices that makes your decision so special.

2. The Commodification of Loneliness

And yet we find ourselves more likely to spend a Friday evening watching the very television shows that promise us a lifestyle of tribal community than we are to experience it for ourselves.

And, paradoxically, we are not alone.

According to the most recent General Social Survey, the number of Americans who say they have no close friends has tripled over the past three decades, and the average number of people a person feels like they can talk about “important matters” has dropped from three to two.

We’ve replaced intrusive, real conversations with small talk, and we’ve substituted soul-baring, deep, connected living with texts and a night out together every once in a while, because the superficial stuff seems more manageable and less risky.

When people attain wealth or their income increases, one of the first things they purchase is isolation. And that’s because self-sufficiency is still viewed as one of the highest benchmarks of personal success.

Self-sufficiency is indeed a noble goal, but it could come with a trade-off to which many people may find themselves woefully unprepared.

“A wealthy person who has never had to rely on help and resources from his community is leading a privileged life that falls way outside more than a million years of human experience. Financial independence can lead to isolation, and isolation can put people at a greatly increased risk of depression and suicide. This might be a fair trade for a generally wealthier society – but a trade it is.

People are, for lack of a better term, social animals. We all yearn for the support and validation that comes from being accepted by a like-minded community. But as we become more disillusioned with the trappings of modernity, we increasingly look toward technology to fill the relational void in our lives.

“In a short evolutionary time, we have changed from group-living primates skilled at reading each other’s every gesture and intention to a solitary species, each one of us preoccupied with our own screen.”

Surface-level “connections” and validation from strangers will never be enough to replace our innate desire to be known, celebrated, and challenged by people willing to risk the social cost of vulnerability.

Surface-level “connections” and validation from strangers will never be enough to replace our innate desire to be known, celebrated, and challenged by people willing to risk the social cost of vulnerability.