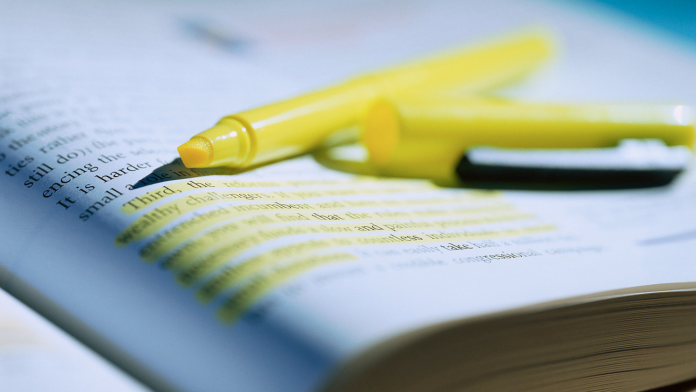 What do the apostle Paul and Academy Award-winning actress, Olivia Coleman have in common?  Probably not much.  But despite their differences, Ms. Coleman was quoted saying something that sounded rather Pauline – “If the script is good, everything you need is in there.”  She’s not the only actor to say that, but regardless of who said it first, it’s a fundamental reality of acting – everything you need to develop your character is in the script.

Now, as a Christian actor, I appreciate this concept on multiple levels.  Good actors are good students of their scripts.  The script is where the actor goes to understand the playwright’s intentions, the story being told, and how to play his or her role within that story.

Do you see where I’m going with this?

Paul writes in 2 Timothy 3:16, “All Scripture is breathed out by God and profitable for teaching, for reproof, for correction, and for training in righteousness, that the man of God may be complete, equipped for every good work.”

According to this verse, if we consider Scripture to be the believer’s script, it provides everything our Author wants us to know about the story He’s telling and how we’re meant to play our role within it.

Now that I’ve made my point, let’s unpack some of the parallels…

There is a whole philosophical debate happening right now about who determines the meaning of a text – the author or the reader.  But I guarantee if you ask a playwright whether they had any intentions behind the words they wrote they would give an emphatic ‘yes’!  What’s the point in writing anything if there’s no meaning behind what you say?

If we approach Scripture with the assumption that God has given these words with intentionality and specificity, then we can come to his Word expectantly – confident that we are able to mine the riches of the depths of his Word.  There’s a lot to mine from Shakespeare’s texts; how much more may be gleaned from the texts of the One who created Shakespeare?

As an actor, it’s imperative to know the script in its entirety; otherwise, an actor could misunderstand a line, miss a moment, or struggle to rightly understand their own identity within the show.  Imagine if someone in the ensemble played the show’s climactic scene as though they were the main character – rather than directing focus to the hero in his moment of triumph, they awkwardly cheat out to the audience and make a slow, dramatic cross downstage.  Or how might the audience cringe if an actor played his character comedically when the entire play was a tragedy?

These examples might sound extreme, but how often do we need to be reminded that we aren’t the hero of the story God is writing – Jesus is!  And while this concept goes against everything in our culture, it’s when we start to upstage Him in our own hearts and lives that we fall into sin.  Without knowing what story we’re in, we can be confused about our identity.  We start to seek our own glory and work in our own strength for our own purposes rather than joyfully following the call of Christ to seek His kingdom and His righteousness.  We exchange the Great Commission for comfort and ease, awkwardly performing as though the world revolves around us, while missing moments to live dynamically in the Spirit for the glory of God.

Once an actor understands the themes that the author is intending and the story being told, he can begin to rightly study his character within the larger narrative.  Objectives come into focus.  Obstacles can be rightly identified.  Lines take on new color as tactics are utilized and discovered.

Once again, let’s imagine the cringy actor… he doesn’t understand his objective within a scene, so his performance is generic and forced.  He doesn’t know his inner obstacles so there’s no sense of conflict or growth within the character.  His lines lack any nuance because he isn’t using them to do anything, simply regurgitating from rote memory.  The actor’s performance is fake, awkward, and boring.

Yet how many times do we, as believers, lose sight of our intended objectives?  We start to live life in the pursuit of things other than what we were created for.  Or perhaps we misidentify our obstacles – always pointing the finger without acknowledging the log in our own eyes (Matt. 7:3–5).  We regurgitate spiritual cliches without allowing them to carry weight in our lives.  We live life in a way that feels fake and falls spiritually flat.

But this is where we have hope because God’s Word is profitable for “training in righteousness,” that we may be, “complete, equipped for every good work”!  We can learn to put off the old self and put on the new (Eph. 4:22).  By God’s grace we don’t have to live a fake, boring, spiritually flat life.  But it does require some grace-filled effort on our parts (Phil 2:12–13).  We must engage with our script!  What good is the actor who never goes to the text?  We must come to the mirror of God’s Word and look intently into the law of freedom – not being hearers only, but doers of the Word (James 1:22–25).