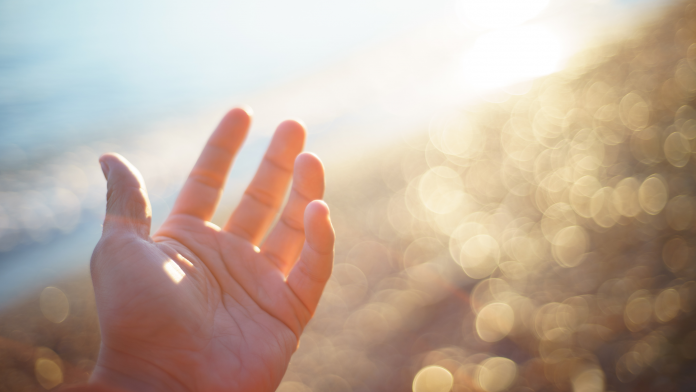 In a moment (or era) when so many people—especially young people—are deconstructing their faith, what do you do as a pastor or church leader? How do you even begin to respond?

Recently, Joe Terrell wrote a brilliant and beautiful post on the five real reasons young people are deconstructing their faith. I so appreciate Joe’s thoughtful, sane, and helpful analysis. If you haven’t read it, do yourself a favor.

Why deconstruction is happening is one thing.

But it begs a further question: What do you do about it? When you’re a pastor or church leader, the question becomes even more pressing.

The easy (and expected) responses include:

And while it’s natural to both experience and give in to these impulses, nobody gets helped by them. Not the church. Not you. And definitely not a generation walking away from their faith. If anything, those responses only make things worse for everyone.

Getting angry at people who are losing faith, and dismissing or ridiculing them might score you points with the converted searching for a self-righteous affirmation, but it also speeds up the exit of people already on the way out. And getting louder and angrier about why what you believe is right accomplishes the same thing.

Getting angry at people who are losing faith, and dismissing or ridiculing them might score you points with the converted searching for a self-righteous affirmation, but it also speeds up the exit of people already on the way out.

Here are seven responses you can embrace that can help you navigate the wave of deconstruction happening and, in the end, usher in some very helpful reconstruction along the way.

Deconstruction doesn’t inevitably lead to deconversion. Often, it can lead to reconstruction.

It’s easy to hit the panic button the moment someone begins to question some of the tenets of Christianity.

And that’s a mistake.

Personally, I’ve gone through periods of deconstruction in my own life. While I gave my life to Christ as a teenager, in my early 20s I began to ask really probing questions about the faith I grew up with. I went through a six-month phase during undergrad where I decided to really test my faith and—if it didn’t hold up—I’d walk away.

The opposite actually happened. My probing of Christianity led me to embrace it more deeply than ever, this time as a college-educated adult who would shortly experience a call to full-time vocational ministry.

I’ve gone through several other seasons even during my ministry where I had very deep questions about the Christian faith. Reading atheists, encountering other worldviews, and having conversations with skeptics opened my mind to other viewpoints, but each time led me to a more nuanced, deeper embrace of the person of Jesus and the historic Christian faith.

At the same time, those seasons led me to question some of my non-essential beliefs and practices as a Christian and as a pastor. They also coincided with seasons of growth in the church where more people came to faith.

I’m reminded that Jesus told us to love him with all of our minds, not just with all of our hearts and strength. Christianity can stand up to the most furious of questions. And when I’ve asked them or engaged with other people as they asked them, somehow my faith has emerged as more nuanced and stronger as well.

Finally, there are simple, shallow beliefs and practices we likely all need to deconvert from—things that have little to do with the authentic Jesus or historic Christianity. Narrowmindedness would be near the top of that list.

Having a deep and singular focus on Jesus is not the same as closing your mind. In many ways, it’s the key to opening it.

And, let’s honest, aspects of modern Christian culture certainly need to be deconstructed. To walk in faith is to constantly be evaluating whether certain beliefs, ideas, and attitudes are rooted in Christ or the culture.

So, deconstruction doesn’t inevitably lead to deconversion. Often, it can lead to reconstruction.

Sure, it doesn’t always. But it can. And it does. And when it does, everything—and everyone—grows stronger.

2. Know That While You’re No Longer an Authority, You Can Be a Guide

When your worldview is being challenged, it’s natural to want to lean into your authority as a pastor or person in leadership in the church. After all, you not only hold the microphone and the power, you’ve studied this issue in depth. As a result, it’s easy to assume that everyone should just listen to you.

And while previous generations may have looked to their pastors as authorities, that has been changing for decades. Polling shows that pastors are increasingly being seen as irrelevant.

According to a 2019 study, only 52% of monthly churchgoers consider clergy trustworthy (that number drops to 23%  among those who attend less than once a month). Remember, these are people who attend church. 57% of churchgoers said their pastors were honest and intelligent (compared with 27% and 30% among infrequent attendees).

It’s also far more likely for churched and unchurched people to trust other experts before they trust their pastor for advice. According to Gallup, only 25% of non-Christians trust clergy, which puts pastors behind newspaper reporters (32%), and only a little ahead of television reporters (23%) and lawyers (21%).

According to Gallup, only 25% of non-Christians trust clergy, which puts pastors behind newspaper reporters (32%), and only a little ahead of television reporters (23%) and lawyers (21%). CLICK TO TWEET

Those are pre-COVID numbers. I can only imagine that trust has been further eroded in the wake of more scandals, cover-ups, and political buffoonery.

However, even though you’re likely not viewed as an essential ‘authority’ as a pastor, you can be a guide.

Pastors who rely on their authority demand trust, and, as a result, they usually don’t get it. Not in this culture.

Guides, on the other hand, don’t demand trust. They know it has to be earned.

Guides position themselves as helpers, as people who can assist on a journey, not the end-all, be-all sources of authority.

People who are asking deep questions look for guides, and by being willing to take their questions, engage in conversation, and point out helpful markers along the way, you can earn people’s trust.

Years ago, the culture started shifting to what Seth Godin calls ‘permission marketing.’ In Seth’s words, “Real permission works like this: If you stop showing up, people complain, they ask where you went.”

Do you know why they do that? Because you helped them. They value you because, as a guide, you helped them figure out where they were in the journey and perhaps what’s ahead.

In a post-modern, post-Christian culture, pastors can be guides. And guides are the future.

In a post-modern, post-Christian culture, pastors can be guides. And guides are the future. CLICK TO TWEET