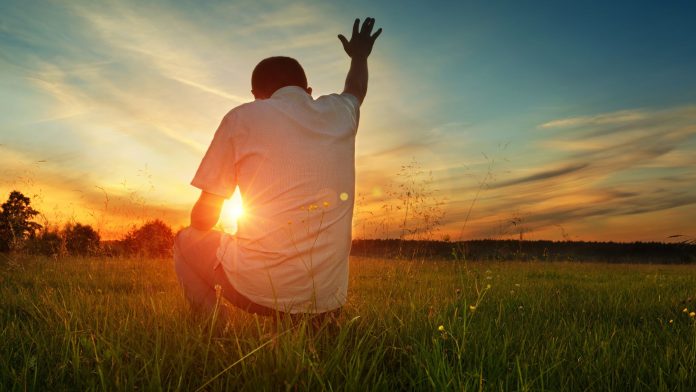 I do not imply that I know more about prayer than you.  I hate to hear anyone celebrated as “an expert in prayer,” for the simple reason that no child should be called an expert in talking to his/her parent.  What’s so hard about that?

Granted, we make it harder than it should be, with our rules, our religions, our legalism, our opinions, our blindness, and our sinfulness.  But in its essence, prayer is talking to the Father through the work of the Lord Jesus Christ.  Period.

What I do imply however (for this article) is that there are insights in Scripture on the subject of prayer many of us may have missed.  Here are a few……

One. Scripture says you do not know how to pray as you should.  That’s Romans 8:26. So, let’s not let that stop us.  God’s not looking for eloquence but faith.

Two.  Scripture says both the Holy Spirit and the Lord Jesus are interceding for us.  That is Romans 8:26 and 8:34.  Now, personally, I have no idea how this works, particularly when Romans 8:31 says “God is for us!”  So, it appears the Triune God is on our side!

Four.  Unconfessed sin in our lives stops our prayers dead in their tracks.  That’s Isaiah 59:1-3.

Six. Short to-the-point prayers are best.  That’s Matthew 6:5-7.  John R. Rice used to say, “Prayer is not a touring sedan in which to see the sights of the city.  But prayer is a truck which you drive to the warehouse, pick up the goods, and come home.”

Seven.  Your Father knows what you need before you ask Him, but ask Him anyway.  That’s Matthew 6:8.  He knew what Bartimaeus needed but had no intention of intervening until the blind beggar of Jericho asked for his sight (Luke 18).

Eight.  Not all prayers have to be offered in Jesus’ name.  The Lord’s Prayer wasn’t. That’s Matthew 6:9-13 and Luke 11:2-4.  Praying in Jesus’ name means more than simply using the words.

Nine. There are no blank checks for prayer.  Even though on the surface Matthew 6:7-8 and John 14:13-14 read like “name it and claim it,” the early disciples clearly did not interpret this promise that way.  Otherwise, they’d not have spent a night in jail or suffered a single stripe from jailer’s whip.

Ten.  None of us is worthy to come into the Father’s presence, but fortunately that’s beside the point.  Hebrews 4:14-16 says we come on the basis of what Jesus has done.

Eleven.  General prayers are okay if that’s all you’ve got, but the Lord seems to prefer specific requests.  That’s Mark 10:51.

Twelve.  Think of prayer as “reminding God.”  That’s Isaiah 62:6-7.  “You who remind the Lord, take no rest for yourselves.”  We see the early church doing exactly that in Acts 4:24-30.  Threatened and abused, the Lord’s people drop to their knees and pray.  They remind Him of Who He is, What He has done, What He has promised, and What their situation is.  Then and only then do they make their request.  That’s an outstanding pattern for the Church of today.