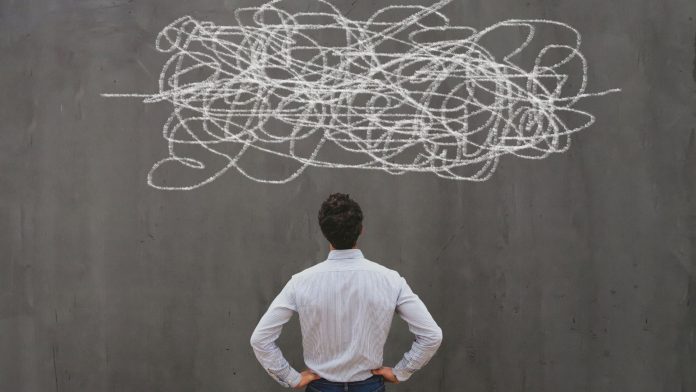 “Why is everybody always picking on me?”  –1950s song by The Coasters

The biggest egotist in the room may be the wallflower who sits alone, absorbed in killer thoughts about his isolation.  “Why does no one talk to me?”  “They’re all snobs.”  “Why did I bother coming to this thing anyway?” I, I, I, me, me, my, my.

Over the years I’ve met quite a few pastors who were being victimized and brutalized by their own low self-esteem and their inferiority complex.  It’s tempting to say here that “it’s not a complex if you’re really inferior,” but that would be cruel.  This person afflicts enough mental cruelty upon himself/herself without outside aid.

The poor-me pastor is usually in one of three situations…

–In a dead-end assignment, pastoring a church with no prospects for a future in this world, at least.  He feels abandoned by the Lord and neglected by friends of influence who could give his name to other churches.

–Without a church.  He has been ousted by several churches in a row and now is considered radioactive.  No search committee wants to touch him.  As a result, he feels angry at God, bears a grudge toward his so-called friends, and is jealous of pastors who are succeeding and being acclaimed.

–Serving a church where the leaders and congregation refuse to respond to his leadership for one reason or the other.  I suspect that he is too negative and takes out his negativity on those around him.

This servant of the Lord is wrapped up in himself.  “I deserve better,” is a constant refrain.  “The other preachers have turned against me.”  “The denomination is not doing right by me.”  “For this I got a seminary education?”  “Why did I go to all the trouble and expense of getting my doctorate?” Why me? Why not me?  Pity me.  Poor me.

Pray for his spouse.  God bless her.

My counsel to such a poor-me pastor is short and to the point:

You need to be born again.

Maybe you’ve been saved, I’m not making any judgment about that.  You and God alone know.  But there needs to be such a radical transformation in you that it may be likened to the initial conversion.

The Lord saw something similar in Peter.  This favored apostle would be coming in for a time of testing from the enemy, said Jesus, and as a result, “I have prayed for you.”  Then, He said, “And when you are converted, strengthen your brethren” (Luke 22). That word, epistrepho in the Greek, means “to turn back.”  Literally, Jesus was saying to Peter than “when this is all over and you have come full circle, help your colleagues.”

More than a few preachers over the years have delivered sermons about the change in the Apostle Peter and titled it something like “From chicken-hearted to lion-hearted.”  He truly was converted by the death of Jesus, which broke him, and the resurrection of our Lord, which put him back together again.

The pity-me poor-me servant of the Lord, whether a pastor or worker of any kind, needs a radical transformation by the Holy Spirit.

Such a transformation would achieve several things…

–It would take his eyes off himself and put them on the Lord Jesus Christ.

–It would cause him to appreciate the grace and mercy of Christ and never again to think in terms of “what I deserve.”

–His mantra from then on would be that of John the Baptist who said, “He must increase; I must decrease.”

–It would give him a love for his brothers and sisters, both in the congregations and  in the ministry.

–This pastor would forever be willing–and honored even–to serve Christ at the most remote, out-of-the-way, dead-end situation and feel thankful for the privilege.

–From this point on, he will be able to grow and give and serve and worship.

One pastor told me of his transformation.  His earlier problem had not been poor-me but big-me, which is its twin.  Ministry was all about himself, his ego.  He had to baptize the most, run the highest attendance, get the greatest acclaim.  He used staff and manipulated the congregation.  He ran up huge numbers.

And then something happened to bring him to his knees.

His wife divorced him.

And the church cut him loose.  Suddenly, the egotist found himself with no platform on which to display his talents, no congregation as his personal canvas on which to paint his image.

I saw him a few years later.  He told me the story.  He and a friend had begun a ministry from scratch and he was preaching some.  I said to him, “My guess is you are doing your best work for the Lord you’ve ever done.”

He said, “It’s the only work I’ve ever done for the Lord.  All the earlier stuff was about me.”

No one would want the egocentric pastor to be humbled in such a way.  Scripture has a better way.  “Humble yourself,” we are commanded again and again.

The Lord will exalt the believer who humbles himself/herself under His mighty hand.  That’s the promise of I Peter 5:6.