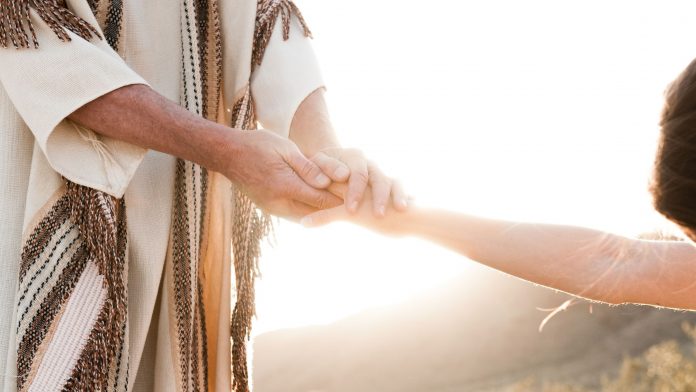 As we approach the Easter event, many of us begin to reflect once again on the death of the finest, the purest One ever to walk this planet.

It’s quite the indictment of humanity that earth could not tolerate Him and so put him to death.

In Robert Bolt’s prize-winning play, A Man for All Seasons, Sir Thomas More is beheaded for opposing the ungodly doings of King Henry VIII. (Or, to be more exact, for not approving them.) As the play winds to a close, a spokesman comes center stage and addresses the audience:

“I’m breathing…. Are you breathing, too?…. It’s nice, isn’t it? It isn’t difficult to keep alive, friends–just don’t make trouble–or if you must make trouble, make the sort that’s expected…..”

At the trial of Jesus, they said of him, “He has stirred up the people from Galilee to Jerusalem.” They got that right.

Look at the world we live in. It could use another stirring up.

Following is my very brief four-point observation on the Church and Easter. You know that the whole point of Easter–the crucifixion, the burial, the resurrection–was the Church, don’t you?

“Christ loved the Church and gave himself for her.” (Ephesians 5:25) And then, “Shepherd the church of God which He purchased with his own blood” (Acts 20:28).

Here are four discoveries every child of God needs to make about the Lord’s church….

1) It’s His church and He wants it back.

2) He’s its Head and expects it to obey.

3) It’s His body and He takes personally anything to do it.

4) It’s His bride and He glories in her.

We wanted to put this quartet of insights out in the open in order to keep us on course. Sometimes we preachers bury our points in so many words it’s hard to remember where we are, what we’re doing, or where we’re headed.

1) It’s His Church and He wants it back.

The first is about ownership. Jesus is Lord of the church.

A sign in front of a church read, “For Sale: by owner.” Now, I suppose we all know what that meant, but I found myself pondering whether the Lord was now selling off all the unprofitable properties. And if He did that, would He keep me.

After every season; football teams release good players whose contracts call for them to make so much money the team can no longer afford them. They cut players who aren’t staying in shape, those who can no longer do the job. And who does this? The owners.

Every time you and I utter those words, “Jesus is Lord,” we are confessing that it all belongs to Him.

When they asked Jesus by what right he was driving money changers out of the temple, he said, “It is written, ‘My house….’”

It was his house. He could clean it if he wanted.

2) He’s its Head and thinks it ought to obey.

The second is about discipleship.

“His servants you are to whom you yield yourselves servants to obey” (Romans 6:16).

The metaphor of the Lord being the Head and the church the body is to establish an interdependency, a relationship in which each needs the other. The Head requires the body in order to accomplish its work. The body looks to the head for a thousand things: nourishment, guidance, protection.

A body which no longer takes orders from the head is a sad thing.

3) It’s his body and He takes personally anything done to it.

The third is about Oneness: His total devotion to us and identification with us.

When the well-meaning but seriously misguided Saul of Tarsus met Jesus on the road outside Damascus, he learned that in harassing Christians he was persecuting Jesus. (Acts 9) That was a comeuppance he never got past.

Throughout the Old Testament, God repeatedly assured the Jews that He took personally how the rest of the world treated them and would deal with them accordingly. The outcome was rarely good for those pagan nations.

In Matthew 25, Jesus taught that when we feed, clothe, and minister to “the least of these my brethren,” He takes it as though we were doing so for him. Likewise, when we fail to do so, He takes that personally also.

Toward the end of Matthew 10, our Lord informs the disciples that whoever helps them along the way in their labors will receive the same reward they do. The Lord sees and notes and keeps His word.

4) It’s His bride and He glories in her.

This is the most surprising of all in a way. It’s about His intentions, the plans He has for our future.

One of a myriad of reasons for believing in the inspiration of Scripture is that it often does the opposite of what we would expect. I confess this insight–that the church is the Bride of Jesus headed for a stupendous future–staggers my imagination.

Christ “gave Himself up for her (the church), that He might sanctify her….that He might present to Himself the church in all her glory….” (Ephesians 5:25-27)

The Lord is up to something which He has not completed. It involves you and me, all who are in Christ Jesus. It is the consequence of the death, burial, and resurrection of the Lord Jesus Christ.

Thank God for the Easter Event. It continues to pour forth benefits.