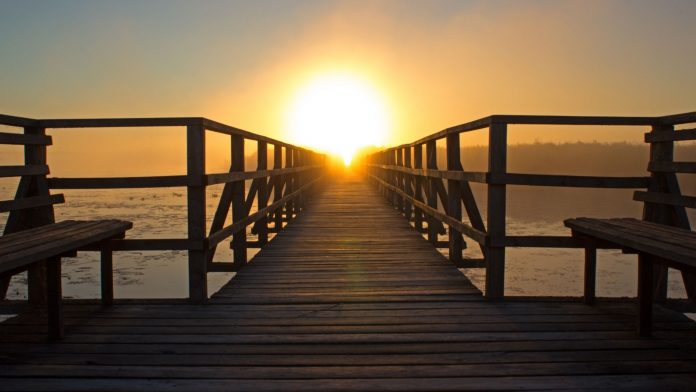 As you know, it’s an almost universal phenomenon.

Whether your church barely closed for the pandemic (as in Texas, Florida, or Arizona) or recently reopened (some major cities or nations), pastors are facing the same reality: A lot of people aren’t coming back to church.

In-person church that is.

The question is, why?

The answer has puzzled me for a while now. It got even harder to answer because even formerly growing churches—formerly rapidly growing churches—are facing the same challenges. After shutting down to in-person gatherings for even a few months, 30-50% of their congregation disappeared.

I know of a few churches that have surged past their pre-COVID attendance numbers. But for every church that has seen that, there are 100 (or 1000) that haven’t.

At first, we surmised that it was the lack of a vaccine that created the lag. Nope.

Then it was the variants, but even relief from Delta and now Omicron still hasn’t led to a surge that erases the loss.

Then we wondered if people were just generally fearful.

Nix that theory too. Many people who can’t find their way back to church have no trouble finding their way to Target, an NBA game, dinner out, a tropical vacation, family reunions, or a concert.

What gives?Many people who can’t find their way back to church have no trouble finding their way to Target, an NBA game, dinner out, a tropical vacation, family reunions, or a concert.CLICK TO TWEET

So this is a theory here (I’m not a psychologist or social researcher), but I offer it in the hope that it’s helpful. After all, you can’t battle a force you don’t understand and can’t name.

What I’m picking up from people who haven’t gone back to church (and even among some who have) isn’t fear…it’s indifference.

They know what church is, and after the habit disruption that happened during COVID, they grew indifferent to in-person attendance.

Indifference is defined as a lack of interest, concern, sympathy, or unimportance.

Many former regular church attenders aren’t mad, nor are they afraid. They’re just indifferent to whether they come back to church or not.

It’s like they’ve assessed their life, reconsidered what matters, and decided that attending church just wasn’t that important in the end.

Which is discouraging, I know.

But hang on, there’s a lesson there for all of us.Many former regular church attenders aren’t mad, nor are they afraid. They’re just indifferent to whether they come back to church or not.CLICK TO TWEET

And, No, It Isn’t Persecution or Hatred Either

“Well Carey, you don’t read my inbox and you’re not in my conversations. People hated what I did or didn’t do about politics, racial justice, masks, vaccines, or politics and they left mad. Hopping mad.”

“And…what about the people who are genuinely afraid of getting sick or are immune-compromised?”

Or, “What about people who might be afraid, or those who have deconverted?”

For sure all of those things are factors. But I’m not sure it explains a decline as massive as what we’re seeing.

Loud does not equal large.

And it’s probably not nearly half your church. There’s something deeper going on here.

Another recurrent line many pastors have echoed lately is that the church is being ‘persecuted’ or the subject of a lot of hatred.

Do some people have an axe to grind with the church? Sure…and sometimes with good reason. Just witness the rise of deconversions and ex-vangelicals.

But that’s likely still a small minority of the people who disappeared from your church during the pandemic, despite what you read in the comment section on the Internet.

Double click on that and you’ll see that while the online world can be a hostile place, the real world is a lot less polarized.

While that may come as a shock, recent research suggests that the online world distorts how divided we are. In other words, if you talk to most people, they’re somewhere in the middle.

And when it comes to people who stopped attending church, they don’t hate the church. They just don’t think about it much.

So, if it is indeed indifference, what’s going on?

If you talk to a lot of people who no longer attend in person and are currently occasional online participants, they’ll tell you they’re still a part of the church.

Dissect that a little further and here’s what you’ll probably find. Most people didn’t leave. They just stopped coming.

I know that makes no logical sense, but maybe that’s how they see it.

That’s what indifference does—you stop coming, but you never really think of yourself as having left.

It’s the friendship that gradually drifts into ‘Yeah, that’s right, we used to hang out all the time, but I guess not anymore.’ You’re not enemies by any stretch. You just drifted apart.

But that’s indifference.Most people who have stopped attending church didn’t leave your church. They just stopped coming. That’s what indifference does—you stop coming, but you never really think of yourself as having left.CLICK TO TWEET

Indifference works like this: You become indifferent to the things when you no longer see value in them.

It’s just not significant enough for you to carve out time for it anymore.

If this is indeed what’s happening with church attendance, the verdict is as sobering as it is disappointing.

People didn’t see value in in-person attendance, so, with the catalyst of a few months or longer off, they dropped it.

It’s easy to push back and argue that people should see their faith as something that adds great value. And that’s true. Except we’re not talking about faith as much as we are about Sunday attendance.

And we’re not talking nearly as much about the priority of gathering as we are about the actual gatherings most churches offer: an hour on Sunday consisting mostly of 3 songs and a forty-minute monologue (a format unchanged for multiple decades).

Maybe people haven’t bailed on the principle or the idea of church merely as much as they’ve left the current expression of church.

So what do you do about it?Maybe people haven’t bailed on the principle or the idea of church merely as much as they’ve left the current expression of church.CLICK TO TWEET

The Antidote to Indifference is Passion

The hardest part about indifference is that it engenders neither love nor hate.

It’s more like a shrug that grows into obliviousness. There’s just not a strong well of emotions when it comes to indifference.

The antidote to indifference, then, is passion.

You are never indifferent to things you’re passionate about.

And this is where some further hard news kicks in and ultimately some great news.

First, the hard news, then some much better news.

What Are You (Honestly) Passionate About? People Coming to Hear You Talk…or the Mission?

This is a moment when it’s critical for leaders to get honest with themselves.

Your misdirected passion as a church leader can misdirect your congregation’s passion.

As goes the leader, so goes the team.

To that end, if you started to explore the dark underbelly of why pastors want to get everyone back in the room, you might discover that pastors:

I know that’s a brutal assessment, and that your motives are far more nuanced than that, but as a church leader for several decades, I’ve been guilty of all the above at times. If you’re honest, perhaps you have to.Your misdirected passion as a church leader can misdirect your congregation’s passion.CLICK TO TWEET

Perhaps the key to the future isn’t to just create the next big series, getting the band to up it a level, adding more AVL to make it more spectacular.

Another sobering fact that church leaders will have to face as the future arrives: the mission of the church gets accomplished as well or better outside the church walls than it does inside them.

As a result, heading into a hybrid, digital, decentralized future, maybe it’s time to start thinking beyond the building.The mission of the church gets accomplished as well or better outside the church walls than it does inside them.CLICK TO TWEET

Start Thinking Beyond the Building

Historically, the church has wagered almost everything on gathering people in a building.

Buildings will be around for decades (centuries) to come. It’s wonderful to gather people together.

In the future, growing churches will focus less on gathering and much more on sending and connecting.

Connecting people who are engaging from home both with the church and with one another will become an essential skill for all church leaders.

The easiest way to think about this is the same way church leaders have thought about small groups for the last 25 years.

Almost no church leader today feels threatened by the idea that hundreds or thousands of people will be meeting in their homes to connect with other people. The church facilitates groups but doesn’t host them in a centralized facility.

Instead, leaders simply connect people who want to be connected and engage them in the mission.

This is where the potential for Sunday morning starts to move in a new direction.

A lot of people who are indifferent about driving to a building perhaps aren’t indifferent (yet) to the mission. Leaders who are willing to go to them will be far more effective than leaders who continue to expect people to come to them.

The good news is that decentralized gatherings scale in a way that centralized worship doesn’t. It costs less and produces far more.

Gathering people on Sunday mornings will be as important as ever. It just won’t all happen in a building owned by the church.

A Renewed Mission and a Brighter Future

I know, it stinks to realize that as a leader what you’re battling is indifference.

And it’s not fun to have your idols and insecurities called out. But I know as a leader as my idols get exposed and my insecurities get unmasked, I become a better leader.

So, if the best way to battle indifference is to fuel someone’s passion level, perhaps one path forward is to get people more passionate about the mission than the method.

If the method of everyone having to be in the room is bringing diminishing returns year after year, perhaps refocusing on the overall mission of the church is a better direction.

The mission can be accomplished in the building, in homes, in workplaces, in the community, and in the world.

Moving from a church that simply gathers to a church that equips and sends can renew a congregation’s passion. And in the process, it might renew yours as well.

Sometimes the best way to solve a problem is to name the problem. I hope this helps name a problem and perhaps point the way toward a solution.