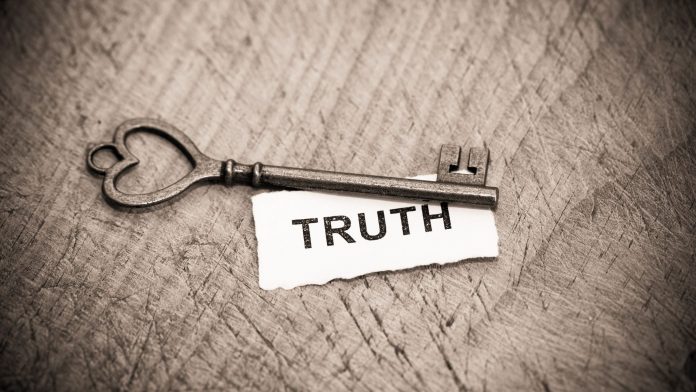 The only thing I love more than hearing a great story is to be the one telling it.

I have good company in my devotion to the story. It forms the outline of every television soap opera, sitcom and cop show and most of the movies. It fells forests to supply paper for an unending outpouring of novels, all with a story to tell. It connects with people as nothing else does.

In My Reading Life, novelist Pat Conroy drops story upon story upon the reader, more than any single book I’ve read in a year.

Conroy tells of the time an agent for his publisher took him as a young, up-and-coming author to call on booksellers and attempt to market their latest line. The publisher wanted the budding author to see how difficult it is to get bookstores to take their publications and display them prominently. On the third day out, the agent suddenly turned to Pat and said, “You’ve seen me do this. Now, let’s see if you’ve got what it takes…. We know you can write a book; now let’s see if you can sell one.”

Conroy was game. He gave it a try. Addressing the bookseller, he launched into the chatter he’d heard from the agent, making the case for each of the new works coming from the publisher. Then he came to his own book, The Water is Wide. He described it.

The store owner said, “Who gives a d–n?”

Conroy was stunned. The man said, “What should my readers care what happened to a bunch of black kids on an island no one’s ever heard of?”

But the owner was not swallowing that. “I don’t want to order a single copy of the book. It’s not for me. I can’t think of a soul who’d buy it.”

Conroy says, “I finished selling the list in a barely controlled rage…. By the time I left that bookstore, I was ready to whack the living daylights out of that smug, hostile bookseller who had taken such grotesque pleasure in my humiliation.”

Later, over dinner with the agent, he found out what had happened.

“I set that up,” said the agent. “That man didn’t own the store. He’s a retired publishers’ rep. He did that as a favor to me.”

“So, what’s the point?” asked Conroy.

“You are the only writer in America I know of who’s ever sold a list for his publishing company. It makes you rare…. Now you know how hard it is. Reps are going into bookstores all over the country trying to sell your books. No one knows who you are…. Your book depends on the reps falling in love with your book. They’ve got to fall in love with your language, your story–they’re selling the spirit that lives in your book.”

Conroy asked, “So, why didn’t you get him to order at least one copy of my book?”

The agent said, “Because then it wouldn’t have hurt so much. Hurt is a great teacher. Maybe the greatest of all.”

The last two lines deliver the goods. The story is worth telling to get there. Hurt is a great teacher; maybe the greatest of all.

Most of the people facing the pastor and taking in his sermon next Sunday will know the truth of that. And those who do not yet understand it will surely know how hurting feels; they just haven’t yet realized what a great teacher it is.

A story can teach as nothing else can. It captures the attention and stirs the imagination and connects with people.

Conroy has a potent paragraph on that.

I let the story possess me, take me prisoner, feed me with the endless abundance of its honeycombed depths. It is a story that rules me. In our modern age, there are writers who have heaped scorn on the very idea of primacy of story. I’d rather warm my hands on a sunlit ice floe than try to coax fire from the books they carve from glaciers. Writers of the world, if you’ve got a story, I want to hear it. I promise it will follow me to my last breath. My soul will dance with pleasure, and it’ll change the quality of all my waking hours. You will hearten me and brace me up for the hard days as they enter my life on the prowl. I reach for a story to save my own life. Always. It clears the way for me and makes me resistant to all the false promises signified by the ring of power. In every great story, I encounter a head-on collision with self and imagination.

I have a story for you.

It happened in Fayetteville, Georgia, where I had participated in a wedding.

The wedding took place on Saturday afternoon at McDonough Road Baptist Church at the edge of the city. Two other ministers and I collaborated to tie the knot uniting Jonathan Shaw and Aleesa Harris. At Aleesa’s request, I brought along a sketchbook and filled it with drawings of the bridal party and guests. At the bottom of the sketch, I invited the individual to write a short blessing for the new couple. It pretty well consumed Friday night’s rehearsal and reception time and Saturday afternoon’s wedding and reception.

Next morning, I’m eating a quick bite in the hotel lobby before checking out. At the next table, a mother and daughter were quietly having breakfast. I pulled out my pen to draw the child and began looking for paper. USA Today carries pages of financial information, perfect for drawing (lots of fine print and no pictures). But this hotel provided only the Fayetteville weekly

The paper was already several days old, and the hotel still carried a short stack of them.  So, that Sunday morning, I picked one up, turned to an appropriate page, folded it, and asked the mother if I could draw the child.

After sketching her, I signed it “JoeMcKeever.com” as always, and went on my way, heading to north Alabama to spend the next two days with my mother on the family farm.

A few days later, I received an email from the mother of the child.

“Joe, I wanted to take a second to let you know how you touched my life. You saw me and my daughter Macie at the breakfast in the Holiday Inn Express in Fayetteville, Ga. We have been staying there since our home burned on New Year’s Eve. Within 3 minutes, the home was fully engulfed with flames and we lost everything. My husband and I realize that we can get another home and more stuff and are thankful that we are all healthy and made it out of the fire. My 5-year-old daughter Macie, however, is a very sentimental little girl.

Macie had cried over her birthday pictures and her book bag. She lost all her Santa gifts, school things, everything. She was having a very hard time the first few days after the fire, as she was the morning we met you.

Earlier that morning, as I was feeding our 3-month-old son, prior to taking Macie to breakfast, I was talking to God and just asked Him to let me see a smile on Macie’s face that day.

Literally minutes later that prayer was answered in the hotel lobby. You drew Macie’s picture and she smiled. And if that was not enough, you asked her to smile again so you could make sure you drew her smile right.

I cried. I had not seen a smile on my daughter’s face since the fire.

We will keep the newspaper you drew her on forever–not because on the front page was the article that is headed “Family loses home in New Year’s Eve fire”–but because it reminds me how God answers our prayers both big and small.

The letter was signed, and underneath that the local sheriff’s office where she works as a detective in the criminal investigation division.

Squire Rushnell writes books and a blog under the title of GodWinks, his term for coincidences. Squire says a coincidence is God reminding us He is there, that He is on the job, and that we are precious to Him.  I shared this story with him, he placed a phone call to the young mother in Georgia, then told her story to the world.  Fun.

Let’s you and I remember…

–We are precious to Him.

A story conveying those truths is well worth the telling, don’t you think?