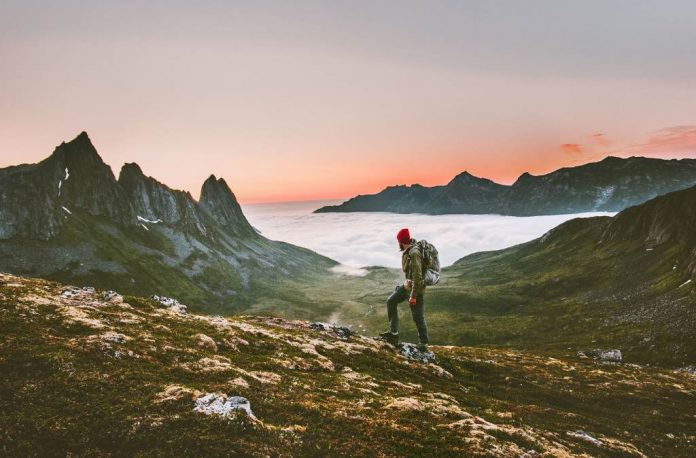 Today’s guest post – “3 Hard Lessons I Learned in 2021 That I’m Taking Into 2022” – was written by Mark Batterson. Mark is a New York Times-bestselling author and lead pastor of National Community Church in Washington D.C. His latest book on habit formation, Do it For a Day, was just released.

During his forty-five-year career as a composer, Ludwig van Beethoven wrote 722 symphonies, sonatas, and concertos.

And you may know, many of those compositions were written after Beethoven had gone deaf. When he first noticed his hearing loss, Beethoven was devastated. Unable to hear the music he made, life felt meaningless.

At first, Beethoven played so loudly that he injured his hands. Not to mention listener’s ears! Eventually, he was able to not only adapt to his hearing loss but also innovate a new sound.

An analysis of Beethoven’s music by the British Medical Journal reveals that high notes accounted for eighty percent of his music in his twenties, but only twenty percent in his forties.

Beethoven’s Fifth Symphony ranks as one of his greatest musical achievements, and it starts with a series of notes that have become iconic—da, da, da dum. The amazing thing? It was written after Beethoven had lost his hearing! How is that even possible?

“As his hearing deteriorated,” notes Arthur Brooks, “He was less influenced by the prevailing compositional fashions, and more by the musical structures forming inside his own head.”

Instead of being influenced by the musical trends of his day, Beethoven trusted his internal voice. He composed out of his convictions.

There’s a question I’ve been asking of leaders lately. What percentage of your thoughts, words and actions are a regurgitation of the media you’re watching and the social media your following? And what percentage is a revelation you’re getting from God’s word?

We’re bombarded by breaking news and fake news all day, every day. Online advertisers use clickbait to compete for our attention. Social media algorithms are designed to keep us in our echo chambers.

If we aren’t careful, our default settings become opinion polls, and we take our cues from cultural talking points. This is when and where and why leaders need core convictions.

Here are seven of my core convictions:

Here are a few more:

If we aren’t careful, our default settings become opinion polls, and we take our cues from cultural talking points. – Mark BattersonCLICK TO TWEET

I’ve had the joy and privilege of leading National Community Church in Washington, D.C. for a quarter century. The last two years have been the hardest years, hands down.

And it’s not just a COVID crisis that shut down our city more than most. It’s the racial tension and political polarization that’s causing so much division.

We’re doing our best to stand in the gap as peace makers, grace givers, and tone setters. And we’ve adapted and innovate in some amazing ways. Of course, that doesn’t make it any easier!

#1. As A Communicator, It’s Never Enough And It’s Always Too Much.

Words matter, now more than ever. If you say the wrong thing, it can get you cancelled quicker than you can delete the tweet.

Of course, Jesus was no stranger to this. The Pharisees were baiting and trolling him non-stop. That reminds me of another conviction: Thou shalt offend Pharisees.

#2. As A Leader, I Reserve The Right To Get Smarter Later.

As a leader, I feel less qualified than I ever have. All of us are past our paygrade!

At the beginning of the COVID outbreak, I met with an Admiral who attends our church. He actually did a stint as Homeland Security and Counterterrorism Advisor to the President. He manages crises day in and day out.

His modus operandi? I reserve the right to get smarter, later.

#3. As A Husband And Father, Success Is When Those Who Know Me Best Respect Me Most.

Even if your name is Moses, and you come down Mount Sinai with stone tablets inscribed by the finger of God, you should still expect some opposition.

It’s the Diffusion of Innovation Bell Curve—16% of people are resisters. And that doesn’t make them bad people. Their opposition can actually refine your vision if you take time to listen to them!

You may not win them over, but you will win their respect.

I have a simple definition of success: When those who know me best respect me most. That’s my wife and my kids.

With all due respect, when I stand before the Judgment Seat someday, you won’t be on it. And neither will I. The fear of people is a snare!

“Having Done All To Stand, Stand”

It seems to me that cynicism and skepticism are at an all-time high, at least in my lifetime. And some of it is justified because of so many high profiles failures.

And we’ve let celebrity culture find its way into the Church! When a high-profile leader fails, we all receive a black eye.

My advice? Long obedience in the same direction! Keep on keeping on!

I recently had lunch with an 82-year-old friend and pastor. I have a standard question I ask my elders: What is God saying to you?

They usually have a ready answer! Without skipping a beat, my friend quoted the Apostle Paul: “Having done all to stand, stand.”

There is a wear and tear to leadership! Lots of bumps and bruises, and decision fatigue is real. Leadership is hard right now, but this is when leaders lead.

Fight One More Round

On September 7, 1892, a boxer named Gentleman Jim Corbett entered the ring with arguably the greatest boxer of all time.

The only fight Sullivan ever lost was this one! Gentleman Jim Corbett knocked him out in the 21st round, became the Heavyweight Champion of the World, and gave the prize money to his church!

Corbett had a motto: Fight one more round.

I think the Apostle Paul would have loved that. I’m not sure if he was a flyweight, featherweight or heavyweight, but Paul said: “I have fought the good fight.”