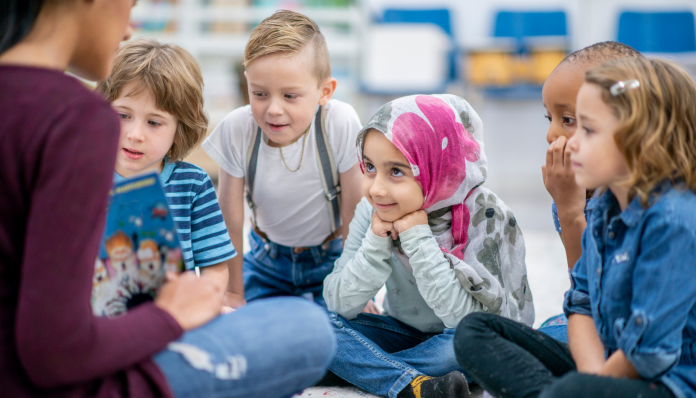 No one automatically comes into this world with their teaching techniques firmly in hand. We learn them from the people who teach us, we learn them by trial and error, we figure out for ourselves what works best.

Even though the Lord Jesus Christ was Who He was when He arrived–with all that the Incarnation means–we can safely assume that He learned somewhere along the way, growing up in Galilee, the value of a well-placed story.

But more than any other way, the Lord Jesus learned to love parables from Scripture. And by Scripture, we mean the Old Testament, since that was the only sacred text available at that time.

The parable has played a leading role all through the years of God’s dealings with His people.

The first memorable parable, to most of us, was given King David by the prophet Nathan. David had stolen another man’s wife, Bathsheba, and had arranged to have her husband Uriah killed in battle in order to hide his wickedness from his people.

Nathan told David about two men, one rich and the other poor, who owned sheep. The rich man had large flocks; the poor man had one pet ewe lamb. The rich fellow had company, and rather than slaughter one of his own sheep, he took the one ewe lamb from the poor man.

The power of a well-chosen and aptly taught parable is demonstrated for us when we read, “Then David’s anger burned greatly against the man, and he said to Nathan, ‘As the Lord lives, surely the man who has done this deserves to die. And he must make restitution for the lamb fourfold because he did this thing and had no compassion.” (II Samuel 12:5-6)

Nathan did not hesitate. “Thou art the man!” he said to the king.

Give him credit. David wilted before this mirror which showed his own wickedness in such vivid detail.

A number of the Old Testament prophets were storytellers, and left parables both told and enacted. Jeremiah’s account of his visit to the potter’s house (Jeremiah 18) and the burying of the ruined waistband (Jeremiah 13) are parables acted out. The images of a broken cistern (Jeremiah 2:13) or the fallow ground (Jeremiah 4:3 and Hosea 10:12) conveyed messages to the Israelites which took only a few words but left lasting impressions of truth.

Isaiah wanted to impress upon God’s people a brief statement of God’s history with them. He said, “My beloved had a vineyard on a fertile hill. He dug it all around, removed its stones, and planted it with the choicest vine. And He built a tower in the middle, then hewed out a wine vat in it; He expected it to produce good grapes, but it produced only worthless ones.” (Isaiah 5:1-2)

That was so eloquent in the truth it conveyed, so simple in its presentation and so memorable in its effect, that the Lord never forgot it and used variations of it in His own teaching. We think of Jesus’ parable in Luke 13.

“A certain man had a fig tree which had been planted in his vineyard, and he came looking for fruit on it, but did not find any. And he said to the vineyard-keeper, ‘Behold, for three years I have come looking for fruit on this fig tree without finding any. Cut it down! Why does it even use up the ground?’ And he answered, ‘Let it alone, sir, for this year too, until I dig around it and put in fertilizer, and if it bears fruit next year, fine; but if not, cut it down.” (Lk. 13:6-9)

Probably no Old Testament prophet used parables and stories more than Ezekiel. Of course, he also saw visions of great complexity and symbolism, but we’re not confusing these with parables. They are different animals altogether.

Ezekiel 17 contains the parable of two eagles and a vine. Chapter 19 gives two rather sad word pictures, of the “mother” of the princes of Israel being a mama lion raising up cubs, and the second as her being a choice vine in a vineyard.

Ezekiel 21 contains the parable of the Sword of the Lord, while chapter 23 presents Israel and her harlot sisters (surrounding nations) drinking from cups filled with various horrors. Chapter 24, the parable of the boiling pot, and of course chapter 37 gives us the famous “valley of dry bones.”

In fact, Ezekiel built such a reputation for his stories that people rejected some of his more dire prophecies for that very reason. He complains to the Lord about this, “Ah Lord God! They are saying of me, ‘Is he not just speaking parables?’”

What preacher among us who loves the well-placed story has not been subjected to that criticism. “I wish he wouldn’t tell so many stories!” “Don’t tell stories, pastor–just preach!”

And what are those reasons? We’ve thought of several; you will come up with additional ones.

–1. They make truth understandable. Some of us have a hard time with abstractions. But tell us a story–show how this plays out in real life–and we’ve got it.

–2. They make truth memorable. When we cannot remember all the points of a sermon, we never forget the story.

–3. They make truth portable. In those days, no one had books as we do. No one attending a synagogue for a Bible lesson was handed a convenient quarterly with three months’ lessons neatly arranged. The scripture was on hand-written scrolls which remained in the synagogue or the Temple.  Worshipers had to listen and learn and try to remember as much as they could. A story allowed them to grasp the truth and carry it away

–4. They make truth transferable. One person who wants to convey truth to a second person is doubly blessed if it’s in story form. Everyone loves a good story.

Nearly 400 years before the birth of Jesus, Plato used parables in his dialogues with his students. One of the most famous is “the parable of the cave.” He spoke of hypothetical people chained inside a cave facing the back wall. Behind them, a path from one town to another ran past the opening of the cave. The prisoners would see the shadows of the travelers reflected on the walls in front of them and would hear the echo of their voices coming from the wall. To those in chains, the shadows were speaking and were therefore real.

One day, Plato said, one of the men breaks his chains and turns around. At first, the light hurts his eyes. As he becomes adjusted to the light, he discovers the truth of their situation. When he returns to tell his friends and to try to loosen their chains, they reject him as a heretic.

Such is the way with knowledge. When it enters, it blinds. When we return to those in darkness and chains to bring knowledge of the truth, their first reaction is to reject it and accuse the messenger.

I first read that parable as a college student 50 years ago. While I remember very little of my study of Plato, the picture of those people inside that cave and their sad situation has never left me. I’ve told that story in sermons and used it in the classroom.

That’s the value of a good parable, a great story. Jesus is not called a Master Teacher for anything.

I hope you do.