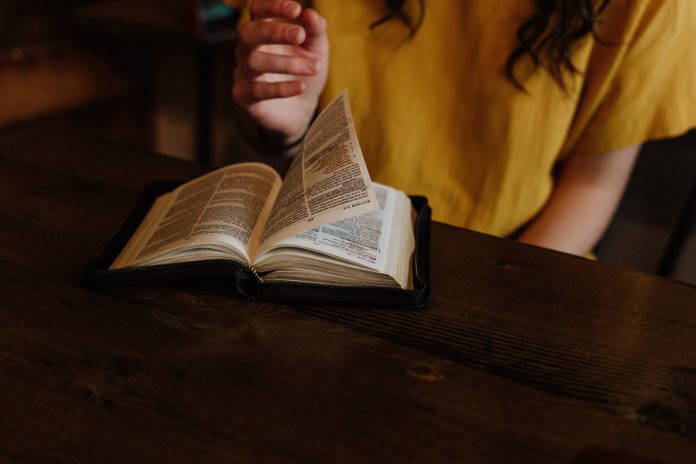 I am a woman preacher. I minister the gospel from behind the pulpit, but I still encounter people who challenge me on what a woman can do. The main scripture that they use is 1 Corinthians 14, where Paul says that women should keep silent in church. I think it’s really interesting when they use that scripture because it lets me know that they don’t understand what Paul was saying.

First of all, during Paul’s time women were not allowed in the synagogue. Only the men went to “church.” The women learned from their husbands when they returned home. As the church developed, women were allowed to attend. The only problem was that the men sat up front and the women sat in the back. They were unschooled and unchurched. They didn’t know protocol. They didn’t know how to behave. When the preacher would begin to speak, the women would have questions. They would yell up front to their husbands, “What does he mean by that,” instead of asking the preacher, because that would have been considered disrespectful. Finally, one day Paul said, “Ladies, don’t you know you should be quiet? Don’t yell out in church. Don’t ask questions in church. Keep silent, and ask your questions at home.”

I’m going to challenge you today to study 1 Corinthians 14. See how it is not applicable to today.

Let’s take a moment to recognize that 90% of our choirs are made up of women. In most churches, the majority of children’s church workers are women, teaching the Word to the next generation. Even the average church’s attendance is almost 80% female. We women are in church, and we are working. We’re cleaning. We’re teaching the children. We’re singing. We’re running committees. But still the one thing men are saying we can’t do is preach the Word. Come on! I don’t know about you, but Jesus said, “Go and preach My gospel to every creature.” He didn’t say, “Only men can preach the gospel to every creature.” And over in the New Testament it says that there is neither male nor female, but all are one in Christ Jesus… so why are we told be quiet, sit down, “You can’t say anything because you’re a woman, and you can’t have authority over a man?” Last I checked, me teaching or preaching the Word doesn’t give me authority over anyone! I’m simply bringing divine revelation and inspiration from the Word of Almighty God.

I get a lot of criticism in my city. People won’t talk to me. People shun me and keep their distance, but what God has gifted me to do, what He has anointed me to do, I won’t back down on it  because I have a burning desire to do His will. I say this to people sometimes, “If God didn’t want me to preach the gospel, why did He put this fire inside me? Why do I get testimonies from so many people that the word I preached changed their lives?”

Doesn’t the Bible say that in the last days, our daughters will prophesy? How are they going to prophesy if they don’t have a voice?! Deborah was a prophetess in the book of Judges. A man named Barack was preparing for battle. He said, “I will not go to battle. I will not leave my house unless the woman of God comes with me. If she will come with me, then I will go to battle.” Barack didn’t feel Deborah usurped his authority. He simply didn’t want to go without the voice of God, and she had His voice..

Also consider Queen Esther. Mordecai, her uncle, didn’t go into the king’s palace; Esther did. God sent a woman to speak on behalf of – and save – His people.

When others want to discount you because you’re a woman, look over into the New Testament and read about Lydia and Phoebe. There are so many women who did powerful things for God. Don’t just let a man tell you that you can’t do what God has called you to do. Do your own Bible study on this topic! I refuse to be intimidated by any man who says to sit down and shut up, or who tells me it’s not my place to teach or preach. Those days are over. God’s given me a voice and authority to use it!  The same is true for you. Do what God’s called you to do. Be the evangelist, the teacher, the pastor, the apostle, the bishop. Be what God has called you to be, and don’t let anybody intimidate you, amen?