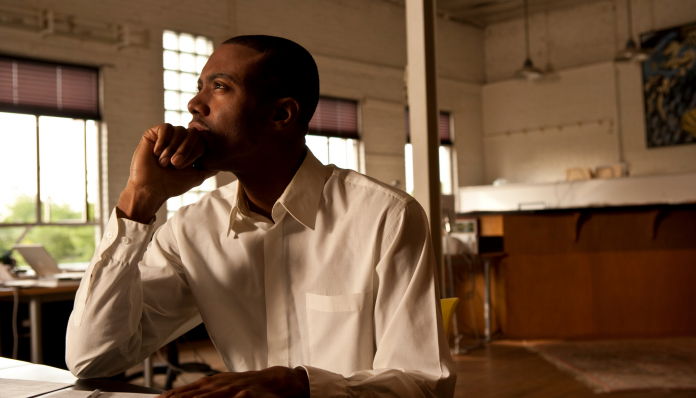 The lack of biblical values produces this fatalistic and victim mindset. It is true that we are a product of our environment. Thought patterns, language, communication skills, and behavior are formed in an individual as a child.  Family, neighbors, friends, school teachers, coaches are all part of an individual’s formative years for good or bad. Thought patterns are influenced by the people that we are in contact with on a daily basis. The values that we embrace are the ones that are taught and modeled by our parents, mentors, and teachers. In many cases, poor communities are very close-knit, but there are very dysfunctional because of the mindsets and lack of biblical values. Many children that grow up in this setting do not have a father figure which creates a void in their lives which in turn leads to incorrect thought patterns about many issues of life. In Lesson 8 of Strategic Life Training 100, Dennis Peacocke explains how this works:

The mind justifies what the heart has chosen. Each heart has an agenda to reinforce his position. Presuppositions are the spiritual (or heart) agendas, conscious or unconscious by which man orders his assumptions about himself and his environment.

All modern cultures and ideologies are built upon presuppositions. All clear thinking is based upon identifying the presuppositions of thought which are applicable.

From my own personal example of growing up in poverty, my way of thinking as I was growing up was formed by the value system that my mother had and was passed down from previous generations. I had a lot of insecurities and low self-esteem, rejection, some health issues, and lack of trust, to name a few.

Man’s attempts to effectively address the issue of poverty have failed in most cases. For example, the U.S. welfare system is broken because it lacks values, perpetuates a lifestyle of immoral living, and creates a mindset of entitlement.  Even in this nation of great opportunity and prosperity, over one hundred million people live under the welfare system.  This number is equal to over thirty-five percent of the population.  Many on welfare have no incentive to leave the system as they receive more money under welfare than they can with a low-paying, entry-level job.  In thirty-nine states, welfare pays more than an eight dollar an hour job would pay.

We can only begin to effectively address the issue of poverty through a biblical worldview that is centered in God. He is the author of life and the creator of everything. He is the beginning and the end and the only one that can bring transformation to individual lives, cultures, nations, and the whole world. The purpose of His intervention is to take the man back to His original intent with the help of those that have accepted His redemptive plan and are His helpers to transform one life at a time and from the bottom up.  In Strategic Life Training 100 Lesson 2. Bruce Billington wrote:

To have a balanced worldview we need to understand that Creation was made perfect. God viewed His work and said that it was good. Adam and Eve, as the first covenant (married) couple, represent the beginning of societal life. They are given the task of tending the garden with the mandate to develop the created order. This same mandate still applies to us today. It has never been changed. We are called to participate in the ongoing creation of all work of God to be God’s helpers in building His masterpiece to the place He always intended it to be.

Poverty is just a symptom of sin and the fall of man. We can only find lasting solutions through a biblical worldview. God, through the ecclesia and the involvement of members that are called in different areas of society, can bring lasting results and change and be the answer to the spiritual condition of systematic poverty by teaching and bringing proper values and transformation one life at a time. As believers, we are called to disciple the nations.

In the book Winning The Battle For The Minds Of Men, Dennis Peacocke states that “The Church’s job is to serve as a doctor to the nations, diagnosing their health needs as we read their vital signs against the chart of health or disease God lays out in his word. If they are sick, we should know why and what to do about it. As we know, Christians are commissioned to care for and disciple the nations. Caring for them means to bring them God’s peace and God’s peace comes from His government.”

All of us are part of bringing His government in the earth and to disciple the nations one man at the time from the bottom up. The answer is in His word and we are the ones with the solution to be an answer to Jesus’ prayers: “So He said to them, “When you pray, say: Our Father in heaven, Hallowed be Your name. Your kingdom come. Your will be done On earth as it is in heaven.”

As members of the body of Christ, we are part of the solution by each one of us doing our part. We are called to disciple the nations one man at the time by teaching the ways of God to all people groups until they are transformed, knowing what they believe and why they believe it.  When this happens, individuals can live their lives by design rather than defaulting to a poverty mindset. They in turn, can become a prophetic voice to their culture and nation, and continue the process of transformation. Through this process, the Kingdom of God will be established and poverty will begin to be eradicated in the lives of many people.

Connecting with Your Congregation Through Crisis Communication Planning

8 Reasons Why Church Change Is so Difficult

Inspiration Joseph Lalonde - September 28, 2022 0
When it comes to running a business, productivity is often the key to success. Your business relies on your employees being productive as they...