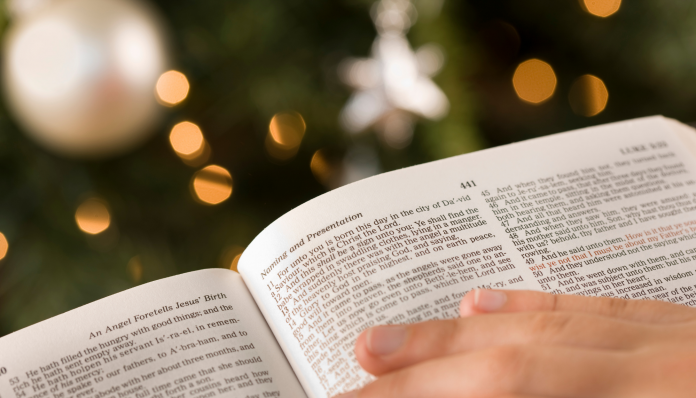 They were not “kings” from the east and there wasn’t three of them (as far as anyone knows). And when they arrived in Bethlehem, Joseph and Mary and Baby Jesus were not still in the stable, but in a house, contrary to half the Christmas cards that will be arriving at your house.

Furthermore, there’s no indication cattle were in that stable or anywhere nearby. In fact, the only thing that leads us to believe Jesus was born in a stable is that Luke 2:7 tells us Mary laid the Baby in a manger, a feeding trough.

But you knew all this.

And you knew that all of this was predicted through the centuries by God’s prophets. We particularly treasure the promises of Isaiah 7:17 (“Behold a virgin shall conceive….”) and 9:6-7 (“For unto us a child is born….”), as well as Micah 5:2 (“Bethlehem…out of you shall come forth One to be Ruler over Israel…”).

And I expect you knew that, contrary to the Christmas hymn “The First Noel,” the shepherds in Bethlehem’s fields did not “looked up and saw a star shining in the East beyond them far.” (Modern hymnals have revised that line to read “For all to see there was a star….”)

But, allow me to point out some aspects of this wonderful story it’s possible you might have missed. There is no particular order intended.

1. Joseph has no speaking lines.

This man who was to become the earthly father of our Lord Jesus was a man of action. He heard and he obeyed.

I recall hearing of a mother calling the school to inform the teacher that her son had a bad cold and would be unable to play Joseph in the Nativity play later that morning. It was too late to replace him, so they did the play without Joseph.

Twice we read that she “pondered” these things. Once when Gabriel made the original announcement to her (Luke 1:29) and again when the shepherds entered the birth chamber (whatever it was, stable, etc.) to tell of the visitation of the angels (Luke 2:19).

The contrast between Mary and Joseph is fairly strong. He seems never to question a word from the Lord, but goes immediately to obey. Mary thinks it through, and even deigns to ask the angel of God how such a thing could be.

3. The angels did not command the shepherds to do anything.

Since the shepherds dropped everything and ran into Bethlehem to “see this thing which has come to pass,” we might have expected the angels to have instructed them to go. Instead, the angel of God did something far superior: He informed them how to recognize the Christ-child once they found Him. “This shall be a sign to you: you will find the Babe wrapped in swaddling cloths.” But nothing more.

God knew very well whom He had chosen as His Son’s welcoming committee. He knew, these lowly shepherds–a category we would call unskilled labor–were wise enough to come to Him as soon as they knew how.  You cannot say that about the theologians of Jerusalem. (See #5 below)

4. There is great intrigue in this story.

A great cosmic drama is taking place here. On the one hand, we see Heaven opened and angels heralding the arrival of God’s Son on earth. And on the other, hell’s forces go into overdrive to oppose Him and if possible, to kill Him and put an early end to this redemptive mission from Heaven.

Angels in the outdoors and Herod’s soldiers entering homes to crush the skulls of infants.

The battle was joined and has raged ever since.

Readers wishing to explore this further should google How God Fooled Satan at Christmas, my article on this subject.

5. Head knowledge is not sufficient.

In Matthew 2:3, all Jerusalem was abuzz with talk about the foreign visitors who had arrived in town, naively inquiring at every service station and convenience store, “Well? Where is He? Where is the One born King of the Jews?”

They figured that this wonderful news would be the talk of the city. Instead, no one else seemed to know anything about it.

Then, when Herod called the religious leaders to ask where the Messiah was to be born (Matthew 2:4), these doctors of theology informed him that the Old Testament prophet Micah had said Bethlehem was the place.

What we wonder is why they didn’t go to Bethlehem. It’s not like it was in the next hemisphere. Bethlehem lies some 5 miles south of Jerusalem, an easy walk for a healthy person.

The clear conclusion is that these religious leaders had the Bible knowledge but no real interest in God or the promise of Scripture.

6. The prosperity gospel stumbles at this story.

Mary and Joseph are poor. There is not a word in the text to indicate otherwise.

When they presented their Baby in the temple for the prescribed dedication of the first-born, unable to afford a lamb for an offering, the young parents gave a couple of birds (Luke 2:24; based on Leviticus 12:2,8).

7. The gold from the Magi had a very practical purpose.

Immediately after Matthew tells of the visit of the visitors from the East and their wonderful gifts, he informs us that the Lord’s angel spoke to Joseph in a dream, informing him that Herod was on a killing jag and he should take the family to Egypt.

The gold financed this unexpected trip.  God is good.

8. Notice the crossing of human lines and barriers in this story.

We have the young and the old (Mary, Joseph, the Baby, and Simeon and Anna in the temple. Luke 2).

We have the rich and the poor (the Magi and the young family. Matthew 2).

We have the Jews and the Gentiles (the Magi were the non-Jews).

We have the highest (angels) and the lowest (shepherds).

This wonderful story is clearly for “whosoever” and “all the world,” as John 3:16 informs us.

9. Telling the story is a privilege.

It would appear that Mary and Joseph’s account of the angels’ appearances were so personal–and so unbelievable–that they either told no one at first or very few people.

The shepherds heard the message from the angels, left those miserable sheep to fend for themselves and raced into Bethlehem to see the Christ-child, then went out and told everyone what they had heard and seen.

Poor Zacharias. After questioning the angel inside the Temple (Luke 1), he was not allowed to tell what he had heard and seen until his son John was born.

Telling others of Jesus is a privilege many of us take for granted.

I think of the leper in Mark 1 whom Jesus healed. Then, the Lord instructed him to show himself to the priest and do what Moses commanded, but to otherwise keep the news to himself. However, he was just not able to do that. He went out and began to “blaze abroad” the matter.

Our Lord instructs you and me to tell the world of this good news and we go home and sit down. Something is wrong here.

10. Jesus did no miracles in His boyhood.

By all reports from Luke 2, Jesus had a normal childhood in Nazareth. In fact, John 2 informs us that the turning of water to wine at the wedding in Cana of Galilee was His first miracle.

Lest we are tempted to temper that by saying, “It was the first miracle of His ministry, but not the first one He had done,” I submit the following.

Had the boy Jesus been doing miracles in Nazareth like an early “Superboy of Smallville,” the world would have taken note of Him and beaten a path to His door. Satan would have noticed also and come running, ready to abort God’s plans for His Son.

That did not happen because Jesus was not doing miracles, was not teaching, and was not distinguishing Himself in any way during his youth. That’s why, when He did start to preach and heal and work wonders, His neighbors were astonished. Where did this man get these things? And what wisdom is this which is given to him, that such mighty works are performed by His hands? Is not this the carpenter, the son of Mary, and brother of James, Joses, Judas, and Simon?Are not his sisters here with us? (Mark 5:2-3)

The Transforming Power of Mercy

Faith’s Influence Over Your World

Getting Rid of the Stench