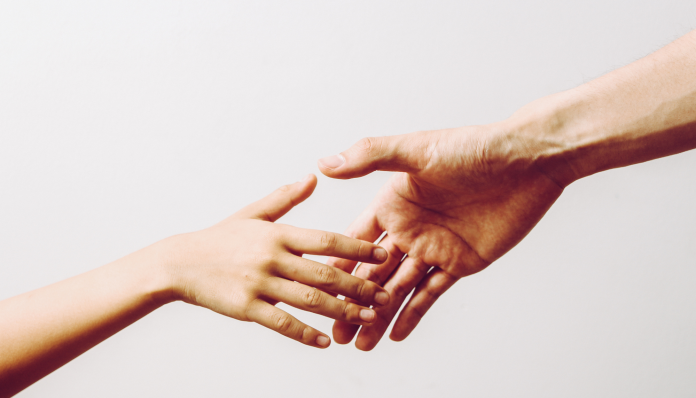 We know the age-old phrase that you are the sum of the five people you hang around with the most. It’s something the late, great Jim Rohn said often.

We share variations of this quote as well. I saw a friend share a meme that talked about breaking news. The news? You need to ditch the people in your life that won’t fit with your future.

Today, I want to ask you something different. Instead of what friends do you need to get rid of… Instead of who’s holding you back… My question will change you. It will stretch you. It will bring difficulties into your life.

Who Are You Dragging Up?

Yup, that’s the question I want to ask you: Who Are You Dragging Up?

We’re more powerful, better equipped than we’ve been told. We have more in us to give than we believe.

What if, instead of looking to get rid of people in our lives, we begin to look at how we can help those who are struggling come up with us?

Sure, there are people in our lives that won’t want to level up. There will be people who kick and scream on the way up.

But are these people worth any less than someone who’s making a million dollars a year? Are they less valuable than the award-winning leaders we want to be around?

Ask enough people and they will tell you these people aren’t worth our time. They will, after all, drag you back down to the spot you were before.

I’ve even been one of those people who have proclaimed this. I am here today to apologize to those who my words have hurt. I’m also here to encourage you. To say that you’re not a lost cause. You’re actually the future.

For those of us who have leveled up, gone to the stratosphere, made a name for ourselves, and left others behind, let’s reconsider what we’ve done. Let’s look at those relationships we’ve broken and thrown away. And for what?

More money? A better lifestyle? A chance to be famous?

Instead, as we grow, we need to look back at our relationships. Look and find the people you can help drag up to their next level of success.

It’s a dirty, ugly job sometimes. However, it will be one of the most rewarding things you’ve done.

Leadership Thom Rainer - June 26, 2022 0
Our team at Church Answers is following closely the trend of churches dropping the denominational label in their name in the post-COVID era. Though...