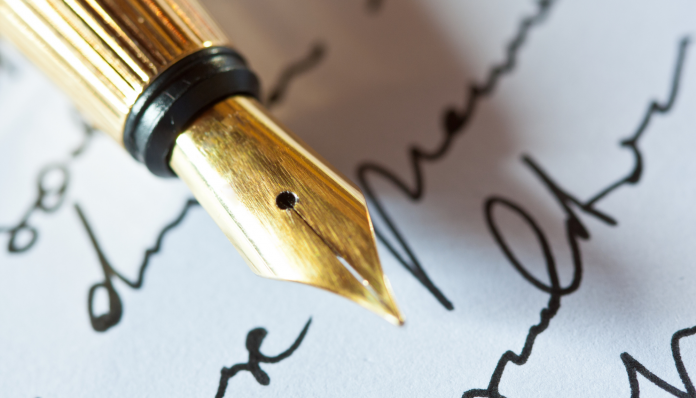 I’ve never thought of myself as a leader. I’ve never been a CEO or even a manager. I’ve never coached sports teams, led youth groups, or conducted worship services. I’m just a teacher, a writer, and a dreamer. Does this sound familiar?

The majority of us are followers, and chances are good that you’re one of us. Sure, you may aspire to be a leader and perhaps you’re acting as a leader to a specific group of people, a team. But what if I told you there’s a kind of leadership other than face-to-face leadership? What if I said you can develop leadership skills over time that could influence thousands, even millions of people?

You can. And you can do it from your living room, your office, or even the local coffee shop. How? Through the consistent act and art of writing.

Great leaders need to hone the fine art of writing and communication in order to be the most effective leaders possible. Great writers, on the other hand, can become leaders of entire movements without ever holding an appointed or elected leadership position.

I’ve seen the term thought leader tossed around a lot lately. According to Forbes Magazine,

“Thought Leadership is simply about becoming an authority on relevant topics by delivering the answers to the biggest questions on the minds of your target audience.”

This is what great writers do. They choose a niche, topic, or passion that they love. They read, study, and research their topic thoroughly. They practice the craft of writing regularly and share their words and ideas with others. They become an expert, the authority on their chosen topic.

In the world of blogging, we might consider people like Michael Hyatt, Brian Clark, Darren Rowse, and John Saddington as thought leaders.

Thomas Paine, Common Sense: Without this book there might be no America as we know it today. Many historians credit Paine’s book as the spark of independence.

Harriet Beecher Stowe, Uncle Tom’s Cabin: This book brought attention to the issue of slavery so that it could no longer be ignored. Without this profound and best-selling book the ugliness of slavery may have never been exposed.

Upton Sinclair, The Jungle: This great classic exposed poor practices in our meat industry and pointed out the problem of poverty in our nation. The book led to significant legal changes in the food and safety industry and employment laws.

Rachel Carson, Silent Spring: This non-fiction title pointed out the misuse and environmental dangers of pesticides. It led to the modern conservation movement.

John Steinbeck, Grapes of Wrath: Winner of the 1939 Pulitzer Prize, this book exposed the extreme conditions faced by displaced migrant workers and unfair labor practices. The book led to new legislation to help migrants and their families and added fuel to the union labor movement.

There are other great writers and books that have led to change worldwide. Where would Christianity be without The Bible? Writers such as St. Thomas Aquinas, Karl Marx, Charles Darwin, and Ayn Rand have influenced the entire world with their words.

So did these great authors set out to be great leaders? That’s hard to answer definitively, but one thing is for certain: Great writing has the potential to influence the masses. Great writers can become thought leaders within a specific industry or a specific discipline. Great writers can influence entire regions, nations, and large populations of people.

So whether you’re a hands-on leader or a writer first, writing is an art you absolutely must continue to practice if you want to gain authority in your area of expertise.

Question: What are you writing that can lead others to change?  Please share your thoughts in the comment section below.