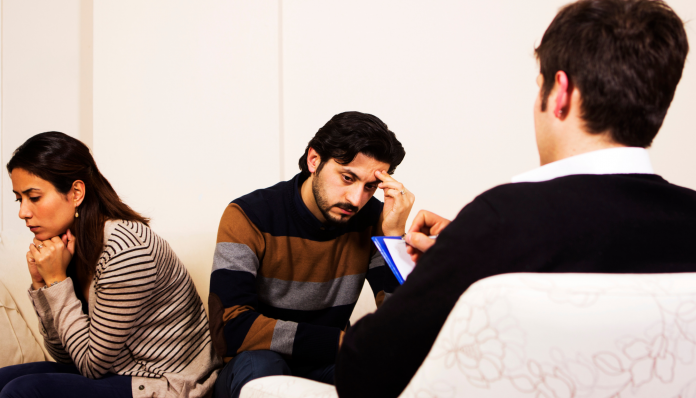 Some years ago, a fellow wrote Ms. Singletary for advice. He was planning to marry his fiancee of 18 months as soon as they dealt with her spending habits which were clearly out of control. Her closet contained 400 pairs of shoes, many still new, and was overflowing with clothing. She justified her spendthrift ways by saying she works two jobs and looks for bargains.

The man asked Michelle Singletary, “What can I do to help her curb her spending habits without making her feel bad or as though I am putting her down?”

Ms. Singletary urged him to postpone this marriage. They were not close to being ready until this was solved. She suggested pulling credit reports, seeing what that revealed, and then finding a credit counselor.

That was ten or more years ago.

The other day, Michelle Singletary received an email from that guy telling her what happened.  The news is not good.

He did none of the things Ms. Singletary had suggested.

After getting married, he learned his bride owed $30,000 to the IRS and $15,000 in back taxes to the city.  He took out a second mortgage on his house to cover her debts, and now stands a good chance of losing his home.  He said, “I am on the brink of financial ruin and a failed marriage.”

That is why advisors quit and walk away.

People ask for your input, and when you knock yourself out trying to help them, they ignore everything you said and plunge headlong into disaster.

Many a pastor has concluded that based on his experience, premarital counsel is a waste of time. By the time the couple talks to the pastor about their upcoming nuptials, their hormones are out of control, their minds are made up, their mamas are making plans, and all common sense is out the window.

They are not listening to a thing the preacher says.

I have counseled more than one couple to call this thing off, warning them they were not ready to get married, that nothing about this boded well.

Did they listen?  You know the answer to that.

This is just one more reason–of ten thousand, I suppose–why ministers must be called by the Lord into this work.  If we entered the ministry idealistically purposing to “better” people’s lives, we would soon quit in frustration and look for something else to do.

Granted, some do listen and we do affect some people’s lives in a positive way. This is not to say otherwise. It is to say, however, that a great percentage come to us for counsel and then ignore everything we say.

They want us to say what they want to hear.

It can be frustrating.

I’m remembering the Lord’s lamentation concerning His children in the first chapter of Isaiah.

“I have raised children and brought them up, but they have rebelled against me.  The ox knows its owner and the donkey its master’s feeding trough, but Israel does not know; my people do not understand.”

He knows how we feel.  The Father in Heaven experiences this same frustration on a daily basis.

The sad news is that much of His frustration is the result of dealing with me and others like me.

And here I am complaining about people who will not follow my counsel.

Before ending this, let me add one more observation….

When church leaders demand that the ministry produce visible results or it should be shut down,  nothing good happens.

Leaders often pressure the pastor to “get the numbers up.”  Pastors in turn pressure the staff to get people saved and into the baptismal waters.  And all of them together put pressure on the poor unsuspecting fellow who needs Jesus to become their latest statistic.

A seminary classmate of mine who decided to play the numbers game rented buses and hired drivers and drove his members to knock on those doors to get people into his church. And they came, by the hundreds.  Soon, his church numbers were doubling and tripling.  Then, he moved on to a bigger church which was impressed by his magic touch and he repeated the process.  Before long, it dawned on his more discerning members that his was a ministry of manipulation. When he left one church for a larger one, all the growth disappeared.  It was all smoke and mirrors.

A search committee mailed me a form to complete if I was interested in being considered as a candidate for their church.  One question asked for a list of all the revivals I had preached over the past decade and the number of people saved in each one. I wrote back, declining their invitation to be considered, but could not resist this observation.  I said to them, “Not only do I not have that information, my friends, but if I were you, I would be suspect of anyone who does.”

I never heard back from them.

God-called men and women will get up each day and go forth to do our work–sow our seed in the morning and evening alike (Ecclesiastes 11:6)–and they will leave the results with the Lord.

Anyone in the ministry unable to do that will probably not last.