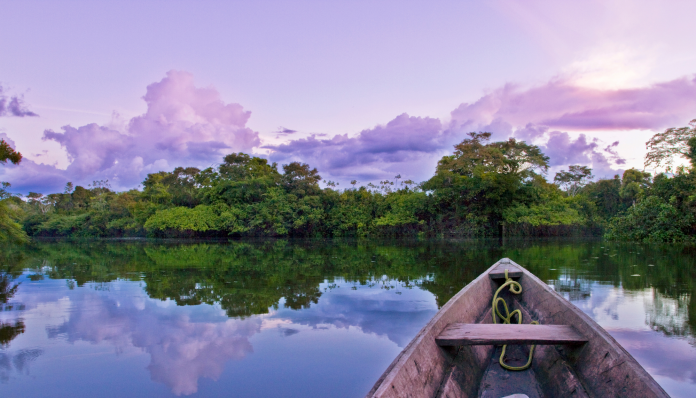 When you hear Disney’s Jungle Cruise, you may think of the thrilling theme park ride. You’d be correct in thinking that. However, Jungle Cruise recently became something more. Jungle Cruise is now a movie starring Dwayne “The Rock” Johnson as Frank Wolf and Emily Blunt as Lily Houghton.

While I have never ridden the Jungle Cruise ride, I have experienced Jungle Cruise in the movie. I have to say that the movie was a fun, set-it-and-forget-it experience in the theater. The movie took you through the jungles and to a forbidden land of mystery.

Today, we’re diving into the leadership lessons in Jungle Cruise. Hold onto your hats, ladies, and gentlemen! It may be a bumpy ride but it will be one you never forget!

The movie opens with Lily’s brother, MacGregor Houghton (Jack Whitehall), presenting a speech before an audience. He was requesting access to a special archive.

The problem: He wasn’t prepared. He was reading from notecards. When he got to one line, he read it verbatim. The line was: Pause for dramatic effect.

Unprepared speeches are messy. People will recognize this and hold you accountable – Leadership lessons from Jungle Cruise

Yeah, he wasn’t supposed to read that line. His misstep here represented most of his presentation. One that didn’t hold the audience’s attention.

There are times when we have to go into a meeting unprepared. We have to wing our speech off the cuff. Those are not our best presentations.

Our best presentations come when we are fully prepared. We know the topic we are talking about. The message has been given again and again in practice sessions. We are confident and calm.

These are the ways to give a great speech. Make sure you’re giving more prepared speeches than unprepared.

2. Our former leaders can still help us:

MacGregor wasn’t given an audience before the people he was speaking to because they believed in him. Rather, the men in the room had had great respect for his deceased father.

His father’s reputation gained MacGregor access to a place he wasn’t qualified to be in front of.

Leaders who have gone before us can still help us. When we name drop a former leader we respected and they had respect for us, their name can move us forward.

Don’t think your former leaders have no power now. If they were respected, they do. If you gained their favor, you can use that to help you gain access to places you wouldn’t normally get to.

3. Know what your customers will pay extra for:

Frank was a bit of a conman. He would regularly have actors pretend to attack the boat.

In one scene, the boat was attacked. One of the passengers told Frank to go faster. Frank told the passenger the engine would be damaged. The customer didn’t care, offered up a large tip, and told him to GO.

Do you know what your customers will pay? It is a good thing to know – Leadership lessons from Jungle Cruise

While Frank made extra money from dishonesty, we can learn from Frank. If we know our customers well enough, we know what they need.

We can offer additional services to them. Maybe they need an additional coaching session, offer that. Do you have a 1-day intensive that would help them? Show them what you can do.

You can always offer more. Know what your customers will pay for.

You are a lot of things I don’t care for. However, you are capable.

Lily and MacGregor were looking for a boat captain. They eventually found Frank. As mentioned before, Frank was a conman. Lily didn’t like this aspect of him.

The thing she did like about Frank was that he was capable of getting them to where they needed to go. His capabilities overcame his over incompetencies.

You may think people won’t follow you because you lack something in technical know-how. Yet, I want to encourage you. Those you lead will overlook a lot of your inadequacies.

What they desire is someone who can get the job done (I’m not saying be dishonest or abusive). They want someone who knows the way and can get them there as well.

The price just went up.

Frank agreed to escort Lily on her adventure of finding the Tears Of The Moon. This was a special flower that would cure illness.

On their adventure, a submarine piloted by Prince Joachim (Jesse Plemons) attacked the ship. Seeing this, Frank upped the price of what the escort would cost.

We can quote a price on a project. The customer agrees. Then, partway through the project, something happens. A problem pops up that was caused by the customer.

You have a choice. You can continue on the project for the agreed-upon price or you let the customer know that the price has gone up due to the new information.

Don’t be afraid to ask for more.

6. Sometimes you have to go faster:

The submarine launched an attack on Frank’s boat. It shot a torpedo at the ship.

What was Frank to do?

He boosted the power of the engine. It became turbocharged and picked up speed. Frank pointed the boat toward the wooden stairs of a nearby building. He used the increased speed and the stairs to launch the boat into the air, let the torpedo go underneath, and land safely.

Leaders can get so caught up in the speed of things that they go full-steam ahead all of the time. Frank didn’t go fast all of the time. Rather, he used calculated bursts of speed to evade his way to safety.

I want to help as many people as I can.

Lily was on a mission to recover the Tears Of The Moonflower. Her reasoning wasn’t to help herself. Lily wanted to help others.

She knew the flower would be able to cure illnesses that had no cure. The flower was powerful to help others.

What’s your reasoning behind leading? Is it to gain fame, fortune, and wealth?

If so, you’re leading for the wrong reasons.

Leaders should lead to help others. They should want to help as many people as they can.

Be a leader who helps others.

8. A lack of patience is dangerous:

These men had been cursed because of Aguirre’s impatience.

Aguirre and his men had been shown kindness by the chief protecting the Tears Of The Moon. They were shown nothing but respect. However, Aguirre grew impatient in gaining a flower to save his daughter’s life.

Aguirre chose to slaughter the chief and those around him. He wanted the flower now. Because of his impatience, a curse was placed upon the men. They were to suffer all the days of their lives.

We have to be cautious when we begin to feel impatient. Impatience is often the sign of something greater going on.

When you feel impatience rising up in your spirit, check to see why. See what you can do to alleviate the sensation. You may discover the impatience is causing you to do something you will regret.

Lily and Frank thought the arrowhead Lily had acquired early in the movie was only an arrowhead to be used in obtaining the Tears Of The Moon. They discovered there was more to the arrowhead.

The arrowhead could be cracked open. Inside was a small gem that was the heart of the Indian shooting an arrow. They had to place the gem in the Indian drawing. This would open up their desired destination.

How often are we like Lily and Frank? We see a tool and we think we know how to use it. We then discover the tool is much more than we thought.

Learn about the tools you have been given. Dive into your strengths, the strengths of your team, your team’s personalities, and more. The more you know about yourself and your team, the better you will be able to use and access your tools.