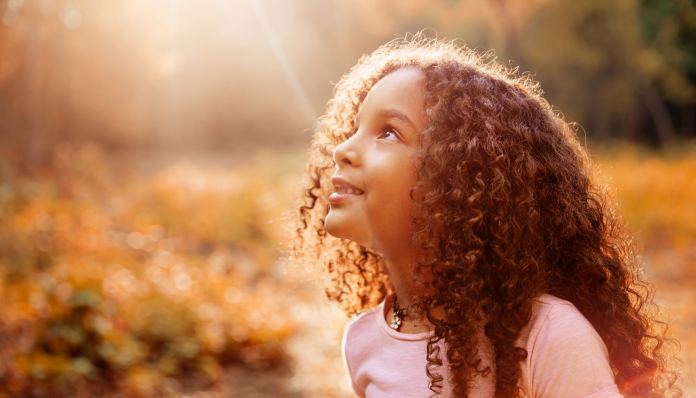 “Except you are converted and become like children, you shall not enter the kingdom of heaven” (Matthew 18:3).

What’s lacking in the great majority of religious experts–of all tribes, all beliefs, all everything!–is a childlike humility.

–I’ve sat across from the salespeople hawking Jehovah’s Witness and Mormon doctrine door to door and been amazed at the sheer gall and arrogance of these know-it-alls.

–I’ve sat in the auditoriums and classrooms when prophecy teachers were spreading out their charts and telling far more than they could ever know, pronouncing their anathema upon anyone daring to believe otherwise and taking no prisoners in the process.

–I’ve sat in massive conferences among thousands of my peers and heard ignorance spouted as truth but camouflaged with alliteration and pious phrases and encouraged and affirmed by thundering echoes of “amens” and “hallelujahs”.

To hear someone say, “That which I am doing, I do not understand.  I am not practicing what I would like to do, but I am doing the very thing I hate” (Romans 7:15).

Where is the childlike spirit we hear so much of in the Word?

My thoughts on that…

–1) I can imagine someone saying, “Well, we enter the kingdom by that spirit, but thereafter, as we learn and grow, we become teachers and instructors and gain confidence and are allowed to become more bombastic.”

We are expected to be of a childlike spirit all our lives.  We are to remain teachable all the way to the end. We are instructed to grow in the fruit of the Spirit, and that includes such traits as gentleness, humility, self-control, and faithfulness (Galatians 5:22-23).

There is no point of maturity when believers may cast aside all humility and childlikeness and run roughshod over the flock or call down curses upon unbelievers. And no, those imprecatory psalms do not give you license to curse the wicked.  Love your enemies; do good to those who persecute you.

Meanwhile, the quiet believers who work hard to learn and grow and serve, but who still struggle with questions of Scripture and some matters of faith, are shunted off to the side as irrelevant in the Kingdom.

“Let him who stands take heed lest he fall” (I Corinthians 10:12).  Children fall a lot, so they must be careful.

–3) The greatest stumblingblock to the prominent atheists and humanistic philosophers coming to faith in Jesus Christ may be the requirement that they become as little children.

If they could be grandfathered in or brought into the Kingdom under a (ahem) special arrangement for the gifted and wise, some would join Jesus in a heartbeat. But to admit that they know nothing and need to be taught–sometimes by the unlearned who happen to know Jesus from a lifetime of serving Him–is asking more than they can give.

“Truly I say to you, whoever does not receive the kingdom of God like a child shall not enter it at all” (Mark 10:15).

In his masterful work The Great Divorce, C. S. Lewis imagines a busload of hell’s residents visiting Heaven to see if they might want to transfer.  In Lewis’ story, told to make a huge lesson, anyone on the bus who wishes to remain in Heaven will be allowed to do so.

However, none of the hellish ones “fit” there. The things they lived for on earth could not be found in Heaven. Lewis tells of a learned Anglican bishop among the group from hell–that must have smarted!–who considered remaining in Heaven so long as he was given certain assurances.

“I should want a guarantee that you are taking me to a place where I shall find a wider sphere of usefulness–and scope for the talents that God has given me–and an atmosphere of free inquiry–in short, all that one means by civilization and–er–the spiritual life.”

His celestial guide responds, “No. I can promise you none of these things. No sphere of usefulness: you are not needed there at all.  No scope for your talents: only forgiveness for having perverted them.  No atmosphere of inquiry, for I will bring you to the land not of questions but of answers, and you shall see the face of God.”

As the bishop protests and keeps insisting on the free exercise of his intellectual pursuits, the Heavenly One says, “Listen! Once you were a child.  Once you know what the inquiry was for.  There was a time when you asked questions because you wanted answers, and were glad when you had found them.  Become that child again, even now.”

Suddenly the bishop remembers why he will not be able to remain in Heaven. “I’d nearly forgotten.  Of course, I can’t come (to Heaven) with you.  I have to be back (in hell) next Friday to read a paper.  We have a little theological society down there. Oh yes!”

No entering without it

In your church each Sunday, I imagine your minister preaches the Gospel of Jesus Christ and issues a call for people to respond, to pray with a counselor who will assist them in repenting and receiving Christ.  In most cases, he invites them to step forward in front of the entire congregation.  That is a humbling experience.  Ask anyone around you, for most of them have done it.

And that’s just the point.  If we can humble ourselves enough to confess Jesus publicly and to join with these imperfect believers in trying to serve Him, in learning His word and growing in faith, if we can become as a little child, we can enter that door.

That door was built for child-size people.

All others exclude themselves.

5 Questions to Diagnose Your Spiritual State

What Do You Have to Offer?

Capture Your Thoughts, Protect Your Mind

Before You Terminate the Pastor

5 Tips for Stepping Into Leadership In Seasons of Uncertainty

Church Ministries Vanderbloemen Group - September 18, 2021 0
In early 2020, we here at Vanderbloemen had the honor of working alongside Christian Heritage School as they searched for their new Head of...

Kingdom Living Deborah Berteau - September 18, 2021 0
Stuck in fear, bondage, insecurity, rejection, depression, unforgiveness, or anything else? If so ask yourself these identifying questions. ·      How do you see yourself, is it the...

How to See a More Hopeful Future Despite Seemingly Relentless Challenges

Church Ministries Dan Reiland - September 17, 2021 0
hat’s next?! A common question today amongst leaders. How do we lead with authentic hope when the future seems so cloudy? You must first possess a...