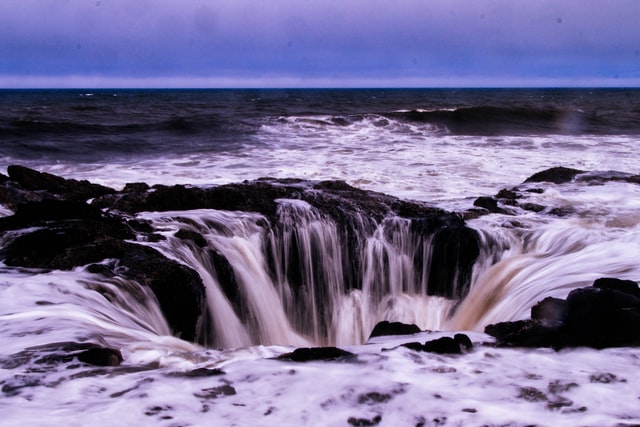 For over a decade, I have been studying pastoral succession. It’s been amazing to see how this has become a central topic of conversation among leaders today. Some years back, my friend Warren Bird and I decided to tackle understanding the issue through a research project which turned into a book called Next: Pastoral Succession That Works. Now we have released an updated and expanded version which includes 150 pages of new research and our latest findings on a topic that seems to be dominating many board rooms across America today.

On the whole, the Church hasn’t handled succession well. I have found far more train wrecks than successes, but hopefully that tide is beginning to turn. Here are some of the biggest pitfalls I’ve seen in succession planning even among some of the country’s largest and well-known churches and organizations.

1. Listening to your fans – they don’t want to get older.

“In succession planning, the person with the most time, wins.”

Think about retirement planning. Most people begin saving for retirement the moment they begin their career in order to set themselves up for success long-term, even if that future is far off. Shouldn’t you have the same mindset when it comes to the future of your church? Your greatest task as a leader is to secure the long-term legacy and planning for your church. I think that means your greatest task as a leader is to initiate succession planning conversations long before board members have brought it up to you.

2. Listening to your gifting – what got you here won’t get you there.

People have often said that the number one human fear is the fear of public speaking. People are even more afraid of speaking in public than of dying. Which led to the famous Jerry Seinfeld line, “it’s almost like people would rather be the subject of a funeral then speaking at the funeral.“

So think for a minute, what does it mean that God has gifted a leader with the ability to stand up and speak every single week. And not just speak about life, but speak about what God says for people’s lives. To speak about eternal matters. That takes a very special gift.

But the backside of that gift keeps people from considering succession. Far too many times, I talk to pastors who say “but my preaching is as good as it’s ever been.“ and they put off succession because preaching is still strong. I would argue that the same gift that allows preachers to stand up and speak publicly is the whisper that can be in their ear saying you can keep doing it one more year.

I don’t know of any occupation that consumes a person’s entire identity as much as being a pastor. Letting go is one of the hardest things a professional can have to do. Especially for pastors. So don’t be fooled by the very gift that got you there, and don’t fall prey to what I call “Brett Favre syndrome.“

Rather than waiting until you’ve exhausted all of your energy, consider going out on top. So don’t wait for the situation where you have to be asked to leave. Be the one to lead this conversation, even when you’re preaching is strong.

3. Listening to colleagues who tell you to stay put.

All of these pitfalls point back to two dynamics:

Firstly, time marches on and time always wins. Adrienne and I have seven children, and it seems like just yesterday when they were all little, under our foot, and our house was a complete zoo. We have had a blast watching them leave the nest, and find their own way in life. But as each one leaves and the house gets quieter, we seem to look at each other more and more frequently and say “isn’t it great that they’re all growing up, and that we are not getting any older!” Every day you are alive, you are closer to your succession. Realizing that sooner rather than later is a rare gift, but a call issued to every leader.

Secondly, The person who has to start the conversation about the succession is the leader. The Scriptures mandate retirement for priests. It’s the only time retirement is mentioned in the Bible. It doesn’t mean that retired priests sat still, and they certainly didn’t play golf out in the desert or in Israel. They had a function but it was a different function, and their transition was mandated by Old Testament law.

Now that mandates for retirement are less and less frequent, the mandate is on leaders to name their own succession. Long before anyone else does. Before your board member mentions it, before your colleagues mention it, and before your gifts start to diminish.

Of all the successions I’ve overseen, I can’t recall a time when I’ve seen a leader leave too soon. Maybe that’s not what you wanted to read today, but I will tell you that if you have time right now, you have the chance to win at succession.

Succession is every leader’s greatest challenge and task. In the end, it’s the legacy you create for those who come after you that will mark your greatest impact on your church or organization. So start planning now. Learn from others by grabbing a copy of our new book, and remember that the person with the most time wins.