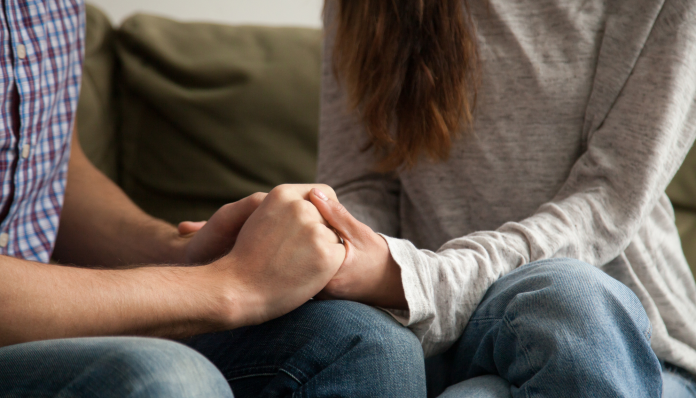 Bill Glass played a full career with the Cleveland Browns as an All-Pro defensive end before retiring for another career spreading the gospel of Jesus Christ.

In his book Get in the Game, Bill Glass tells of the time his team was battling the St. Louis Cardinals (back when they were still in that city).

That day, Cleveland had St. Louis backed up to their own 5-yard line. Cardinal quarterback Charlie Johnson took the ball and was running around in the end zone looking for someone to throw it to. Meanwhile, Bill Glass, right defensive end for Cleveland, was bearing down on him from his blindside, while Paul Wiggin, left end, was barreling toward Johnson from the other side.

It was a defensive end’s dream. They are about to sack the quarterback in his own end zone. This can be a game-changer. Bill could just hear the crowd cheering.  This was going to be great.

At the last nanosecond, just before Glass and Wiggin smashed into the quarterback, the referee just couldn’t stand it. Five hundred pounds of defensive backs were about to clobber this poor little scrawny quarterback. This just isn’t right!

The referee yelled, “Watch out!”

Instantly, the quarterback ducked, causing Wiggin and Glass to hit head-on, knocking both of them out cold.  Charlie Johnson ended up gaining ten yards and a first down.

When Bill Glass came to, he felt so weak he could barely speak above a whisper. He reached up and pulled the referee down close so he could hear him. “You know,” Bill said, “You really shouldn’t have done that.”

The ref, whom Glass does not identify in his book, said, “Aw, Bill, I’m sorry.”

Then the referee went over and apologized to Paul Wiggin and to the Cleveland Brown coaches.

It was the only time in Bill Glass’ career a referee apologized to him for anything.

These days, that scene would be on Sportscenter and replayed a hundred times.  Within days, that ref would be looking for a new job.

Sometimes an apology is not enough.

I went to the Cleveland Brown history for the year of that game and saw they played St. Louis twice, winning one and losing one.  If the referee’s error resulted in that loss–and there’s no way to know–an apology is just insufficient.

1) It is important to apologize when we have done wrong; do not overlook this.

Nothing we’re saying here is meant to dismiss the value of a well-placed and sincere apology.

2) Words can be potent weapons for harm and powerful forces for good.

The words “I’m sorry, please forgive me” may not be everything, but they are often worth a great deal. Words have value.

The Old Testament prophet said to Israel, “Take words with you and return to the Lord!” (Hosea 14:2)

Sometimes, we need to hear the words. This is true, whether the words are “I love you” or “You did a great job” or “I sincerely thank you.”

“My little children, let us not love in word or in the tongue (only), but in deed and in truth” (I John 3:18).  It’s not enough just to say the words and let it go at that when remedial action is required.

4) An apology cannot undo the wrong.

Everything changes when a key decision-maker gets it wrong. In a game like a football, a quarterback being thrown for a loss in his own end zone or gaining ten yards and making a first down could mean winning or losing.

We can just imagine King David, getting up off the ground where he has been brought low by the confrontation with the Prophet Nathan and then riding in his chariot to the home of his warrior Uriah.  The servants assemble Uriah’s mother and father along with his siblings and their families.  “Everyone,” the king announces, “I just want you to know I’m so sorry for what I have done. I stole Uriah’s wife and had him killed in battle. Please forgive me.” Later, as they drive back to the palace, David turns to his chief of staff Joab and says, “I feel so good after that! An apology gives closure.”

It doesn’t. Sometimes all an apology does is assign blame.

5) With the apology needs to come a new way of life.

After the end of the Second World War,  Corrie ten Boom traveled to Germany urging citizens to repent and seek God’s forgiveness for their crimes. Revelations of the millions gassed in Hitler’s ovens had thrown Germans into shock, and many were groveling in their own guilt and self-recriminations.  But Corrie ten Boom–who had herself been incarcerated in one of the worst of those hell-holes and whose father and sister had both died as a result of Nazis–was a Christian and knew the healing power of repentance and forgiveness.

On one occasion, at the end of her speech, a man stepped out of the crowd, walked to her, and introduced himself as a former prison guard at Ravensbruck. “How well I know,” thought Fraulein ten Boom. She had been held at that horrendous place and had memories of this very man’s cruelties. He said, “I am so ashamed of some of the things I did. I’ve become a Christian and God has forgiven me. But whenever I find someone who was in one of our prisons, I ask them to forgive me, too. Fraulein ten Boom, will you forgive me?”

“Just so easily does he think he can erase all the pain and suffering and deaths he caused?” thought Corrie ten Boom.

She tells this story in one of her many books–readers unfamiliar with Corrie ten Boom have a delight in store; start with her autobiography “The Hiding Place”–and describes how with great difficulty she forced herself to extract her hand from her purse and to take the hand of the apologizing guard. Resisting all the protesting emotions welling up in her, she managed to utter the words, “I do forgive you. I forgive you with all my heart.” And when she did, the love of God flooded her body as she had never known it. Thereafter Romans 5:5 became a mainstay in her life.

An apology alone is rarely enough, but it is a necessary first step.

We can only hope the penitent Nazi guard dedicated his life to helping the survivors of his prison camps.

6) Constant apologizing can be a substitute for repentance and changing one’s behavior.

I once knew a woman who could not quit apologizing. When the pastor arrived at her home, she apologized that the place was a mess, that she had not swept the front porch, and that she was wearing an apron. Inside, she apologized for the slight disarray in the living room, for her oldest son not being home, and for interrupting the pastor’s “busy schedule.”  He had heard quite enough of this and with a huge smile on his face, he said, “Katherine, would you please stop apologizing?!” She said, “I’m so sorry!”

A couple whose marriage was in trouble went to a counselor. The wife said, “Johnny stops by the tavern with his co-workers every evening, making him late for dinner. He spends all day Saturday fishing with these men, and on Sundays, they’re together in front of the television watching football.”  The husband said, “I’m sorry.”  To that, the wife said, “That’s his answer for everything: I’m sorry.”  “Well, what else do you expect me to say?” he said. “I am sorry.”

The wife said, “I don’t need an apology. I need you to change your ways.”

7) Saying “it’s easier to get forgiveness than permission” is a cheap shot, indicative of a manipulative personality, and completely unworthy of followers of Jesus Christ.

When we insist on getting our own way–“I can apologize later!”–we brutalize our colleagues, betray our loved ones, disappoint our co-workers and insult our Lord.

There! So much more could be said on this subject, but this seems to be a good stopping place. I’m tempted to add that if anyone needs more from me on this, well–I’m sorry.  (But I don’t think I will! )