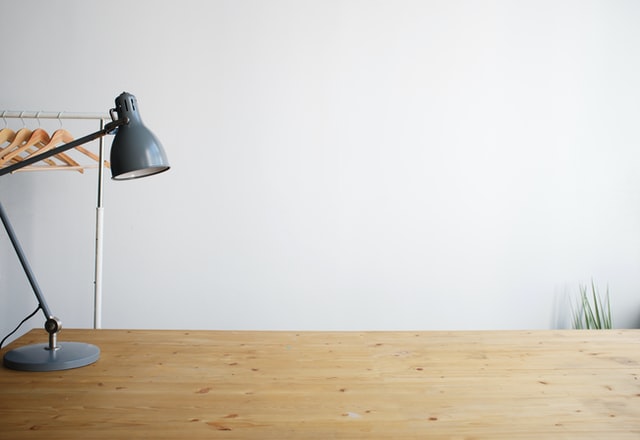 As a leader, you probably need to remind yourself of certain things on a regular basis.

As a young leader, I thought the problem was everyone else. They need to change. The system needed to change.

Not anymore. Now I realize I’m the problem. Sure, the system and other people have their challenges, but when I fix myself, everything tends to get better.

After all, if you’re the leader, you’re responsible. You led yourself and everybody with you to the place you’re not enjoying.

So, full confession. I don’t actually have signs on my desk, but I feel like I should have a few. Every day, I make mental notes to remind myself (seemingly again and again) of some basic things I keep forgetting as a leader.

Here are five things I need to constantly tell myself to help me lead better.

I talk too much. As a boss, as a podcaster, as a friend, as a spouse, I tend to have an opinion on everything and have no trouble voicing it.

The longer I lead, the more I realize that’s counterproductive.

Think about it. In team meetings, if you go first with your thoughts as a leader, you effectively shut everyone else down. Who’s going to disagree with the boss?

If you want non-thinking yes people around you, keep talking. If you want leaders, start listening.

Most of your team is waiting to be heard.

Over 400 episodes and 16 million downloads later, I’ve learned that with very few exceptions, the best interviews are the ones where I speak the least and let the guest speak more.

So many interviewers try to interject their own ideas, prove a point, or show how much they know. That’s almost always a mistake.

Once in a while, I host a roundtable or the interviewee turns the tables and starts a fascinating conversation (like Adam Grant did here). But for the most part, I try to talk for less than 10% of the interview.

Wonderful things happen when I shut up.

First, most leaders aren’t used to getting that much air time. So they say things, they tell stories and offer insights they don’t normally share.

Second, it builds trust. Many leaders worry that interviewers are trying to ‘get them’. I’m not. Any silence shows respect and builds rapport.

Here’s what I’ve learned. If you listen longer than most people listen, you hear things most people never hear.

A close cousin of shutting up is reminding myself to ask more questions.

It’s so easy for me to try to bring everything to a conclusion and move on, but I’ve found the more questions I ask, the better my team tends to do.

A few questions to keep in your pocket for your next meeting include:

What do you think?

How would you solve it?

What else is on your mind?

What else is bothering you? Feel free to tell me everything.

How can I help?

And when people tell you things you don’t want to hear, the only answer you give is “Thank you.”

Here’s another little hack: try to do a meeting where you only ask questions and don’t make any statements. You’ll develop leaders a lot faster and reduce your frustration in the long term.

You’ll notice that the best leaders ask questions. A lot of them.

Often when I’m around top leaders, it can be hard to get a question in because they keep asking you questions, even though (arguably) you have far more to learn from them than they do from you.

A few times a year, I get an email or text from a friend who’s a top podcaster. He asks me questions about my show. His show probably has 3x to 5x the downloads mine does, but he’s always seeking to learn, grow and adapt.

Which, of course, makes him the great leader that many (including me) see him as.

My natural tendency as a leader is to look for two options.

Do we stay open or decide to close? is a very logical but restrictive question.

Often your breakthrough lies in finding a third option (or a fourth, or a fifth).

So, what if it’s not binary?

We could stay open or decide to close or we could…

Sure, we could launch a new product next month or hold off until the next quarter or we could…

The next time you’re left with two options, add three words: or we could.

It’s so easy for me to make leadership all about me. After all, the one common denominator any of us have is ourselves.

Even if you’re a founder (and I’ve founded a few things), it’s not about you.

The mission is more important than you are.

When insecurity takes over my leadership, I tend to put myself at the center of everything from decision-making to communication.

When I’m acting from a place of deeper security and humility, it’s easier to put the mission and others ahead of me.

One of the most important decisions you can make as a leader is to make the mission more important than you are.

When you do that, everyone wins. And so, actually, do you.

Fun side note: Leaders who make the mission more important than themselves tend to lead better things and bigger things.

5. SUCCESS IS A BY-PRODUCT

Few leaders are fans of failure, so it’s almost automatic to want to chase success.

But success is a terrible goal.

Leaders who chase success rarely end up successful in the long run. Instead, they end up frustrated. Success didn’t come (or not nearly enough success arrived), and as a result, they find themselves perpetually discouraged.

As much as you and I are being pitched every day by people who promise they can make you successful, the reality is ‘success’ is

Hustle isn’t a good goal either, because it’s so easy to simply hustle yourself into the ground.

I’ve found that success has a way of taking care of itself if you’re focused on more important objectives.

A much more worthy goal is to try to make a difference. Make a contribution. Serve people. Help people.

Even then, success isn’t guaranteed, and even if it doesn’t arrive the way you hope it would, you’ll have lived a meaningful life.