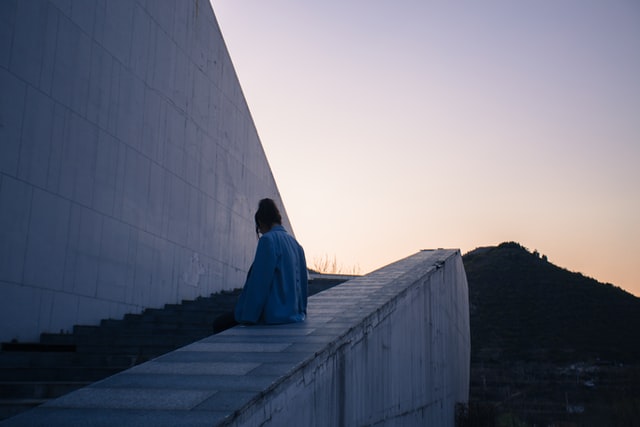 Aweek into my training for the Grand Rapids Marathon I’m running to raise money to help children in Africa have access to clean water (you can help by going HERE and donating any amount you’re able to), I was on the sideline. I couldn’t run.

For some odd reason, my body craves to be on the road. My feet pounding the pavement. My shoes putting on the miles.

But when I switched from my Brooks Ravenna 8s (I sadly can no longer run in my barefoot shoes) to the Brooks Ravenna 9s, something happened. The shoes had undergone a big enough change between models that my running style was impacted. Not only that, my legs and feet began to ache.

It was painful to walk or sit up. I thought I’d broken bones. That’s how bad I was hurting.

So I had to take a step back. My injury was a setback but it wasn’t going to stop me. I knew I could get back out there and run again.

Running is a passion of mine. To have my feet strike the pavement. To move forward by my own might. And to have my boy by my side makes my day.

Taking time off from running wasn’t something I was planning on. In fact, it went against the marathon training plan I was following. I was supposed to be INCREASING my mileage, not decreasing them.

This made my mind go crazy. Will I be able to run a marathon? How will I get back on the marathon training plan? What if I never recover?

These thoughts made me scared. And frustrated. And sad.

All because of an injury. An injury that caused a major setback in my plans.

The Setback Is What I Needed

Looking back on the running injury and the setback, they’re just what I needed. I needed to reduce the amount of work I was putting in because I was damaging my body. The running I was doing wasn’t sustainable. Especially with the equipment I was using.

I had to make a decision. The decision was to heavily modify my marathon training, reduce the amount of time I was running, and switching my running gear.

As I slowly began to train for the marathon again, I did so knowing I had to be careful. I couldn’t go as long or as hard as I had been. It had to be a gradual introduction again. So it was…

My running setback reset my mindset about running and how I ran. It made me mindful of the running equipment I was using and how I was training.

This made me think about leading and what leading can do to a leader.

I believe when leaders face setbacks, there’s a lesson to be learned. The leader just has to be willing to seek out the reason behind the setback.

For many, the setback may be telling the leader to slow down. You have to step back and reassess your priorities or even the mission. You might have to consider why you’re leading or why you’re trying to accomplish what you’re doing.

For others, your setback may be a warning sign your marriage or family life is in jeopardy. You’re spending too much time in the office and not enough time with your wife and children. There’s a time to separate yourself from your work and spend time with your family. They need you.

Still, other leadership setbacks might be a warning you have the wrong people on your time. The setbacks alert you to problems within your organization and you have to make a decision whether or not to continue with the people you currently have.

My running setback was temporary. It didn’t end my running career. It just sidelined it for a bit.

Your setbacks aren’t fatal. They’re more than likely temporary. And most of the time they’re a warning sign something else is going on.

When you face your next setback as a leader, take a good, long look at the setback. What’s it trying to tell you? Is there something you can learn from your current problem? How can you come back from your setback even better?