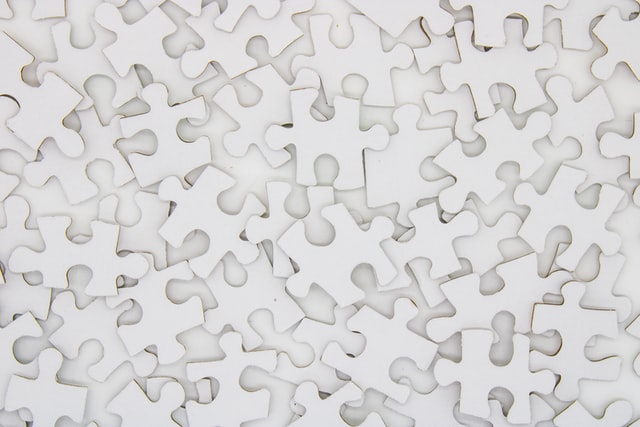 When you reframe setbacks as opportunities, you find that you gain much more than you have lost.
Jesus Calling, November 4

Here’s the truth about life: a whole lot of our best plans don’t work out, and many things we counted on . . . fall apart.

Many times, there’s not much we can do about it. But you know what? There’s a lot we can do with the pieces left over from the moments when life doesn’t go the way we planned.

One time, my son and I took an incomplete LEGO set, and by the time we were done, we created something more meaningful and beautiful than we could’ve imagined when we started.

Of the seventy-five pieces that made up the LEGO City Desert Rally Racer our box only came with seventy-three. At first, we thought it was our fault. In the time it took to open the box and empty the plastic sleeves, we figured we’d lost two bricks, so we spent the next few minutes crawling around on the floor with our faces pushed halfway into the carpet, scanning the terrain for anomalies. We checked our pockets and the folds in our clothes—nothing. Just in case, we checked the pockets and folds of clothes we had worn the day before—nothing. My son Asa, who was six at the time, boxed up the pieces we did have, pushed his little hands into his pajama-pants pockets, and walked to the window to sulk.

And sulk we did. As I stared out the window, I thought about how much fun Asa and I had when we built things together, which was really the whole point of getting this new LEGO set. I remembered that most of the time we spent building together, we weren’t building from a kit; we were just grabbing pieces and assembling from scratch and memory and imagination. It also hit me that seventy-three out of seventy-five is 97 percent (I didn’t do that math in my head, neither in the moment itself nor in writing about it—I used a calculator. #EnglishMajor). That 97 percent is a better score than I ever got on anything during my entire scholastic career, so I knew we had a lot to work from.

Working with what we have

I turned away from the window and started running my fingers through a pile of older LEGO pieces. Some were from previously disassembled kits, and some were just random bricks.

Asa knelt beside me. “What are you doing?” he asked.

Asa took one last sip of his water and started sifting through bricks with me. We found pieces that weren’t perfect but just might work.

and when we were finished, it didn’t look much at all like the picture on the box. In fact, many of the bricks from the kit lay on the carpet, unused. But it didn’t matter—our structure was perfect just as it was. Well, that’s not true, actually. It wasn’t perfect at all. It was something better than perfect; it was something we loved.

Look for the opportunities

Every day you wake up, God has granted you the opportunity to turn a negative or undesirable situation into a positive and an opportunity. Part of what it means to be an image bearer is that you and I get to take what we’ve been given and help make things new. Things fall apart and go sideways regularly. That’s the nature of the world we live in. But the nature and character of God is revealed when we don’t settle for “it is what it is” and, instead, choose to make something with what we’ve been given. I think we look like Jesus when we do.