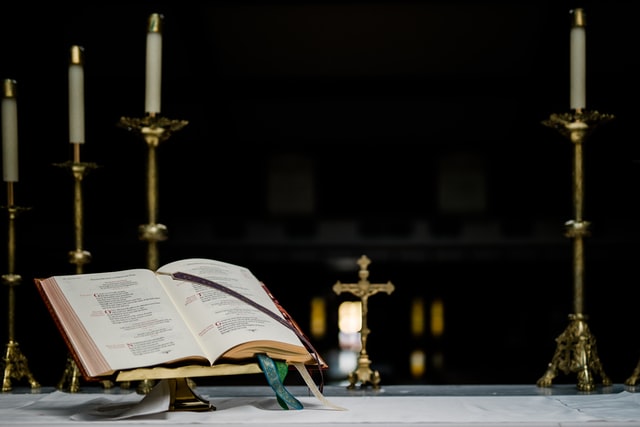 I know I’m giving my age away, but I’m a child of the ’80s. Those were my teen years. I met my wife, Emily, during those years. I graduated from high school in 1987. When I think of the ’80s, I have only fond memories.

You may too. The ’80s gave us Pac-Man, Ronald Reagan, Charles and Diana, PCs, E.T., cell phones the size of toasters, Macs, Madonna, Air Jordan, The Simpsons and the Internet.

But not everything was glorious in the ’80s.

No, I’m not referring to fanny packs, leg warmers, mullet haircuts or parachute pants. I’m referring to televangelist scandals. Some of you are not old enough to remember this, but one ’80s televangelist eventually went to prison for fraud and conspiracy charges based on the way he handled $150 million in ministry contributions. Another televangelist was caught with prostitutes while still asking his television followers to contribute millions to the ministry. Many questions were raised about these and other televangelists who seemed to be more interested in people’s money than their spiritual journey.

As you might imagine, scandals of this nature captured national attention. These men damaged the reputation of their own ministries, but they also indirectly impacted the perception that people had of pastors and churches in general. People became leery of any pastor who was asking for money.

Wisely, there were some key voices in the church that encouraged pastors to be sensitive to this perception, particularly if their ministry was focused on reaching people outside the church and outside the faith.

Rick Warren, as an example, found that the topic of money was one of the four primary complaints that unchurched people had about churches. He surveyed the Saddleback Valley in Orange County back in the ’80s to learn the barriers that were keeping people from connecting with a church. In his book, The Purpose Driven Church, he shared:

“Due to the highly visible fund-raising efforts of televangelists and other Christian organizations, the unchurched are incredibly sensitive to appeals for money.”

From that learning, pastors generally stopped talking about money. That’s when church-goers started hearing offering introductions along these lines: “If you are a guest and this is not your church home, we don’t expect you to give. The church doesn’t want your money…”

Churches avoided teaching about money and church giving. They downplayed offerings. They carefully reserved conversations about giving to insiders–people who were members of the church. For decades, churches who were focused on reaching people outside the faith stayed away from addressing the topic of money, particularly when it came to financial church giving.

Let me just affirm again that I completely respected and agreed with that sensitivity back in the ’80s and ’90s. But it’s 2021!

Unfortunately, scandals still happen. Maybe not quite on that magnitude, but they’ve occurred. What’s shifted, though, is the cultural landscape and the people who churches are trying to reach. Let me share a little bit about the current financial situation in the US:

I’m sure you’ve heard before and know this from your study of the Bible, but the Scriptures have a lot to say on this topic. Sixteen of the thirty-eight parables Jesus taught were concerned with how to handle money and possessions. In the Gospels, an amazing one out of ten verses (288 in all) deal directly with the subject of money.

If the people we want to reach are struggling with money and the Bible teaches so much on money, why don’t churches address the topic? I think a lot of it is still rooted in the scandals of the ’80s and the great wisdom that was practiced by highly impactful and healthy churches in the ’90s. The only problem is that those strategies were right for decades in the past. But it may actually be causing us harm if they’re still embraced today.

We need to teach the truth in love. The Bible has too much wisdom to offer on financial topics like debt, saving, generosity and greed for us to withhold it from the people who need it most.

Let me offer these specific next steps for you to consider:

Teach at least one three or four-week series every year on the topic of money.

Again, this is a huge felt need. One pastor took me up on this challenge. They were surprised to find the series not only produced ongoing financial health for the ministry, they saw an increase in attendance because the topic was so provoking.

Offer a next step beyond your weekend services for financial coaching and mentoring.

Build a team of coaches. Schedule financial freedom training. Provide tools for small groups. I recommend using the I Was Broke. Now I’m Not. resources from Joe Sangl.

Be more intentional about your offering moments.

Every time you set up an offering, take a few moments to (1) teach a biblical principle on money, (2) link the offering to the church’s mission and vision or (3) share a story of life-change. Help people begin to see the connection between generosity and heart change.

Streamline the process for making a financial contribution.

I don’t carry cash. I rarely write a check. But I do have a cell phone. Every gift I make to my church is either through the website or through the mobile app. Giving to your mission should be easy.

Model it in your life and model it as a church. Generosity is not normal in today’s culture. You need to live the example.

So pastor, the 80s called and they want your approach to addressing money back. Money is a big challenge for the people we’re trying to reach. If you’re wanting to address core felt needs of people both inside and outside the faith, you can’t ignore money.