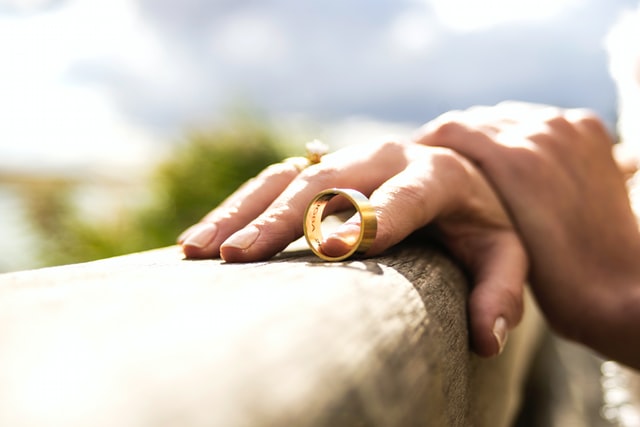 This is a guest post written by Toni Nieuwhof.  Toni and Carey Nieuwhof met in law school and have been married for three decades. Toni is the author of Before You Split: Find What You Really Want For The Future Of Your Marriage (available for pre-order).

You can download her free Better Conflict Cheat Sheet here.

You probably have at least one marriage around you that’s imploding.

In my divorce law practice, I remember meeting with clients who would tell me things like, “Her best friend calls her a warrior. It’s all there on her Facebook feed. All her friends, saying “you go, girl!” and “my divorce was the best decision I ever made”.” Or, “his family never liked me. They’re brainwashing him to leave me and find someone else.”

The people whose marriages you’re trying to help are being swayed by close others around them who see divorce as a better way.

If you’re a leader, I’d encourage you to take stock of your influence on the marriages around you. You might be positioned to be the one influence resisting that gravitational pull. How are you exerting that influence?

Maybe that question could fuel your next conversation with a colleague or ministry partner.

One thing before we go further: this article is intended to speak into unhappy, not harmful marriages. For my article dealing with that distinction, click here.

To move the conversation along, here are my thoughts on 5 ways to steer couples away from divorce:

As I mentioned, what others are whispering in the ears of your people matters. Don’t allow divorce advice that may not actually be in the best interests of this couple to linger in the dark. If you have access, talk to them frankly about what they’re hearing from the voices close to them.

Is there a friend or family member pulling for divorce? If so, is there anyone else in their life who they’re turning to for advice, who wants their marriage to win? There’s divorce research to show that a person is more likely to decide to divorce if they have friends who are divorced.

Open the eyes of the couples you’re working with, whose marriages are struggling, to the reality of this influence. You want them to know so they can be more intentional about who they lean into for relationship support during their rough season.

2. KEEP ADULT ISSUES WITH ADULTS AND LET KIDS BE KIDS:

If the couple you’re helping has kids, there is no better time than now to figure out how to prevent their struggles from leaking out into their kids’ lives. Especially if they’ve been fighting, the time for peace is now!

If they’re willing to go there, guide people into conversations they’ve resisted but truly need. These are the messy ones, confessing their shortcomings and offering forgiveness to each other. Help them hear what the other is saying, so that the facts and the resulting feelings from both their perspectives are brought out. Create a safe space for each of them to own at least one of the ways they’ve hurt the other, and to apologize.

It may help them to hear from you about the basic ingredients of true forgiveness: justice (the facts and feelings), mercy and humility. Maybe the couple you’re working with needs a guide who will lead them build a solid practice of confessing their shortcomings and forgiving each other. For more on this, see Chapter 8 in my book, Before You Split.

4. COMMUNICATION IS ESSENTIAL TO A TEAM APPROACH TO DECISIONS:

Is the couple you’re working with listening to each other – really? If not, you could offer them this listening technique: The person who’s speaking must hold an object such as a pen, which passes to the other person for their turn to speak only after they’ve repeated the gist of what they just heard. If they can’t – no one gets mad or leaves in a huff. The speaker simply repeats what they said until their partner gets it. Then the pen passes. And so on.

Is one party dominating the conversation? Does one tend to be less communicative? Are they reaching a level of exchange that is sufficiently meaningful? Suggest that they pre-plan meetings over important decisions. Explore corrective techniques, such as writing out thoughts in a letter or pro/con lists or researching unanswered questions in advance of a meeting over a decision.

In short, the couple in your office may need your help to communicate better with each other, so they can make decisions they can both live with. If one spouse refuses to listen to or be influenced by their spouse, there’s an 81% chance the marriage won’t survive. Encourage a team approach to decision making.

When couples lose their closeness and feelings of intimacy, they tend to panic. They think things like, How can I endure a lifetime of this? Is this really as good as it gets? Or, I just can’t do this anymore! But, with your support, they may resist that urge to bolt out the door. You can clarify some norms, such as these: