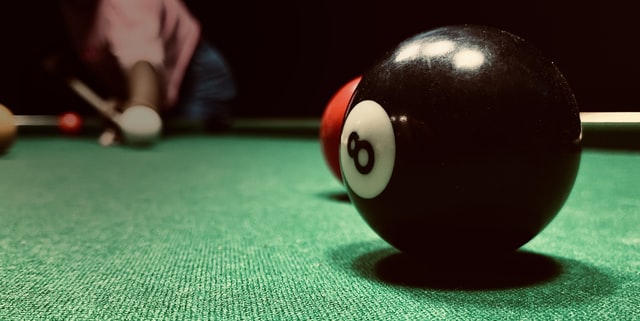 If decisions are required at the meeting, stick to this rule—even as your church grows.

You’ve been there. We’ve all been there. There are people crowded into a room trying to have a discussion and make decisions. The only problem is that there are too many people.

I remember one particular meeting where there were at least 20 people in the room trying to process logistical details for an upcoming event. Here’s what happened:

“The Rule of Eight”

This is why I’m a firm proponent of “The Rule of Eight.”

Here’s how it works:

When there are more than eight people:

Does that mean you shouldn’t have team meetings with more than eight people? Of course not. There’s a place for pulling the entire team together for all-staff gathering. But don’t make them decision meetings. Use these larger gatherings to share stories, train, cast vision, share key information, etc. But, as soon as someone tries to shift into decision mode, call a timeout, and take that conversation offline with the people who need to be involved in the decision.

For churches, there are two transition points when “The Rule of Eight” comes into play.

Some of you are there today. Others may face these in the future. I just wanted to confirm that these transitions are normal and to be expected.

Transition #1: Not Inviting the Entire Team to the Decision Meetings

Churches typically hit this transition point when they reach several hundred people in attendance. Until this point, every staff member is typically invited to the weekly decision meeting. It wouldn’t be unusual to see the senior pastor, worship pastor, youth pastor, children’s director at this meeting along with all the support staff including assistants, bookkeepers, facilities team, etc.

This group may be talking about ministry strategy, but they’re also covering all the logistics and execution of details. And that’s the challenge.

The ministry strategy conversations get squeezed out.

The transition every growing church faces is this: You have to begin only inviting ministry leaders to this team meeting. That means the support staff will not be participating in this particular gathering. Will they be in other gatherings to discuss logistics and execution? Of course. But for communications and decision-making to improve as the church grows, you can’t invite everyone to the leadership team meetings.

Transition #2: Not Inviting All the Leaders to the Decision Meetings

Churches typically hit this transition point when they become a community of more than 1,500. This, of course, varies by church. Until this point, every staff leader is typically invited to the weekly decision meeting. That includes all the pastors and all the ministry directors.

Again, as the church grows, this group will eventually exceed eight people.

It becomes like a representative form of government where each leader comes to represent their specific ministry area. The conversations about overall church health and spiritual growth get squeezed out. Everyone begins protecting their turf.

The transition every growing church faces is this: You have to begin only inviting leaders-of-leaders to this team meeting.

Consequently, that means there will be some pastors and directors who will not be in this gathering. Yes, they’ll be in other ministry-specific gatherings. And, periodically, you may want to pull them into a leadership team conversation related to their ministry area. Again, for communications and decision-making to improve, though, you can’t invite every leader to these team meetings.

Now you know the Rule of Eight. It can help you spot issues with critical decision-making as your team grows.