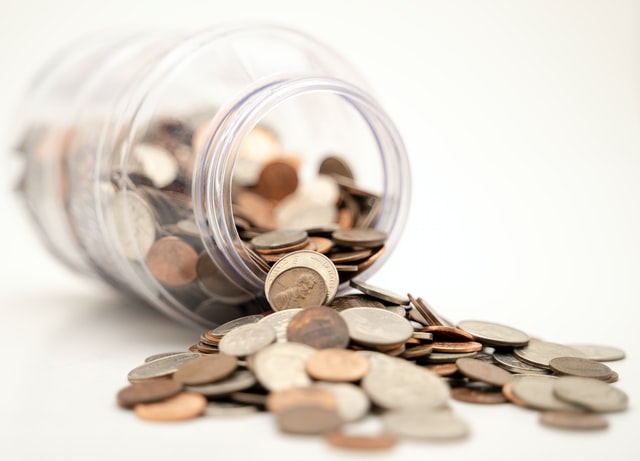 Today’s post is written by Jim Sheppard. Jim is CEO & Principal of Generis, a consulting firm passionate about helping churches accelerate generosity towards their God-inspired vision.

Money and the church. It’s an awkward relationship. Have you noticed that?

If I had to guess, I would say that there is no topic that is more on the minds of senior pastors on Monday mornings and less on their minds as they plan sermons. This is not a critique, just an observation.

The conversation about money and giving in the church has become taboo. We don’t talk about it; and yet, all of the church leaders I know want to see giving increase. They want their people to become more generous with their finances, loosen their grip on money, and give back to the One who has provided it all in the first place.

To add to the tension, a lot of pastors fear playing into the stereotype that the church is all about money. So they never talk about money or wait until they need it. That’s a mistake.

In addition, without casting an authentic vision about money, many will never release the gift of generosity in their life. Giving is a discipleship issue that too many church leaders ignore.

If you truly want to see church members embrace biblical generosity, you have to talk about it openly. You need to normalize the giving conversation and take the awkward out of it.

It starts with the acknowledgement that giving is first and foremost a spiritual issue, not financial. Our giving back to God for the work He wants to do in this world is a reflection of who He is in our lives. It shows our worship and reverence.

That is why we give to God. It’s not to fund the church budget or advance projects. Those are merely secondary effects of what happens when we give to God’s work in and through the church.

This is where we often get it wrong and add to the awkwardness. We communicate that the main reason we want the people in our church to give is so that our church finances will flourish. That’s not it. That is not the primary reason we want our people to give. We want our people to give so that they can experience what it does for them when they give to God’s work. Our giving to God is meant to transform us!

When we treat the spiritual discipline of generosity as an exercise in fundraising – we end up nominalizing what God intended as a means to grow us.

Teaching About Giving Is An Integral Part Of Making Disciples.

All of the church leaders I know want to make more disciples. Therefore, we have to teach and equip our people on giving if we are really serious about making disciples.

Most of the people in our churches have no idea of the spiritual implication of managing (or not managing) well the money and possessions that have been entrusted to them. For us to take the awkwardness out of it, our focus must be on growing givers’ hearts.

A couple of leading voices in the American church have spoken to this and it bears mentioning here.

In the second message of the series Money Talks that Andy Stanley preached in February 2019, he says it this way. “Until Jesus is first in your finances, Jesus isn’t first. You’re not a follower. You’re a user. And Judas tried that.”

That sounds direct but it is hard to argue. If we have put Jesus first in other areas of our lives but we have not done so with our money and possessions, we have missed it. We have not fully put Jesus first.

The issue gets compounded because we are not good at self-assessing. We think we are more generous than we really are.

Tim Keller, in a talk he gave at a Generous Giving gathering some years ago, says it well in this excerpt. “…Nobody thinks they’re greedy. Nobody. In all my years as a minister, I have heard almost every kind of confession. Nobody has ever come to me and said, ‘I spend too much money on myself.’ Nobody has ever done that. But here is what I want you to consider. If Jesus talks about greed and materialism 10 or 20 times more than he talks about other sins, and he says that nobody ever thinks they’re doing it. Then we should start with a working hypothesis that it is probably a problem for me.”

Giving is a spiritual issue. If we want to develop cultures of generosity in our churches, we have to own this. We can’t just hope it will change. We have to do something if we want to see it change.

So, where do we start? There are five areas where I would recommend we start:

The senior leader must teach on generosity and stewardship on a regular basis. A series every now and then is helpful, but also consider other means. When generosity comes up in the text of a passage you are using to make another point, take time to cover the generosity point in the text.

Perhaps the single best way to teach regularly is through the offering moment. The few minutes before you receive the offering in service each week is a key time to teach on the importance of what is happening.

If you want a step-by-step plan to accelerate generosity in your church, you can download one for free here.

2. Model Generosity – In Your Own Life And In Others

Share examples of people who have seen transformation in their own lives when it comes to giving. For people who are not faithful givers, they don’t know what it looks like. They need examples and encouragement. Seeing the journey of someone else accomplishes both.

One thing I hear often when I bring this up is the idea that this is not a topic we are supposed to share about in public. They say, “don’t let the left hand know what the right hand is doing.” Without going into a long explanation of the text, that is not a prohibition against sharing one’s giving story. If it were, Jesus would not have talked about letting your light shine before men that they might see your good works.

The key here is to be careful about the motive in sharing. Give credit to God for the increase in your heart’s capacity to give. That’s the real story here!

Encourage your church by calling attention to victories in mission advancement due to giving. This is probably the most overlooked element of encouraging generosity.

Think of a time when you made a significant appeal to the people of your church and they rose up and met it. Did you celebrate it? I don’t mean patting yourselves on the back and congratulating each other, I mean giving thanks to God for the move of His Spirit among your people, and the response of obedience in His people.

If you haven’t been doing it, make sure you do it next time you ask and your people respond.

4. Make Generosity A Priority, A Mark Of Discipleship

Specifically identify giving and generosity as one of the marks of discipleship in your church.

Did you notice which one is not in the list? Giving and generosity. Maybe church leaders just assume if you do the other things, you will be a generous giver. This is not a good strategy.

I have been around hundreds of churches as a consultant and I’ll just say that’s not my experience. It doesn’t just happen. It has to be specifically addressed. Making generosity one of the church’s marks of discipleship is a way to ensure that it happens.

5. Have A Generosity Champion At The Table With Your Lead Team

This is a voice to make sure generosity and giving are prioritized. This is probably the biggest single idea of the five mentioned here, and likely the one most leaders have not considered.

It is easy for giving and generosity to take a back seat to other priorities church leaders are addressing at any given time. This is understandable when something really pressing comes along, but it should be the exception, not the norm.

Generosity should be like a thread that is woven into the fabric of the church. Not siloed, but owned by every leader on the team.

A Generosity Champion, whether a staff member or a key lay person, will keep it on the table at all times.

WHERE DO WE GO FROM HERE?

We have to solve this. The stakes are high on two fronts.

1. The People In Our Churches Are Spiritually Malnourished When It Comes To Money And Possessions.

Jesus was concerned about it two thousand years ago. He knew that money had the potential to be another god to us.

In Luke 16, he clearly pointed out that money has the potential to cause us to worship at that altar instead of the altar of Almighty God.

This is a powerful teaching and we tend to blow past it. It speaks to the need to provide spiritual nourishment in the area of money and possessions.

2. Our Churches Are Being Limited In The Pursuit Of Their God-Given Mission And Mandate By The Lack Of Sufficient Financial Resources.

In a country as affluent as America, there is no reason for our churches to have to limit their ministry because of financial resources. Yes, there are churches that are in economically challenged areas. But that is not the norm.

The best research we have indicates giving among believers is somewhere in the range of 2.5% of their income. Think about that. If believers in America gave just half a tithe (10% of their income), it would double the level of giving to churches. The impact of the ministry of the American church would be significantly expanded.

Only by growing givers’ hearts and loosening the grip on what God has provided will we make meaningful progress.

There’s too much at stake.

Let’s commit ourselves to removing the awkwardness and normalizing the giving conversation. For our people and for our churches.