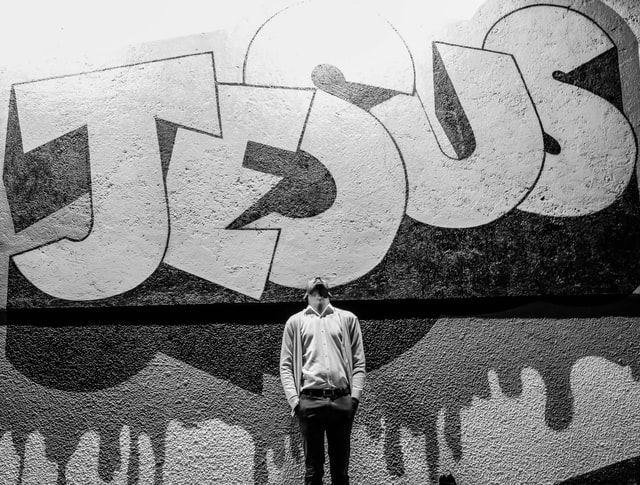 I designed you to commune with Me face to Face, and this interaction strengthens your soul. Such communion provides a tiny glimpse of what awaits you in heaven, where all barriers between you and My Glory will be removed.

Imagine Jesus standing before you with a golden envelope. It contains an invitation to know and experience Him in ways like never before. If you tear open the contents, you’ll discover Christ anew in His breathtaking beauty, staggering strength, wondrous power, and the depths of His neverending love for you.

Would you take the envelope?

For far too many years of my life, that’s how I’ve thought of Revelation. Maybe you or those you lead do, too. Far too many are hesitant or scared about Revelation. Some because of odd teaching they received in the past, and others because they’ve never dared open the book beyond the opening and closing chapters.

With its bloody dragons, weird flying creatures, and mark of the beast, it’s easy to think, That’s not for me.

Yet Revelation is the “finale” book of the Bible, the holy exclamation point on the great big story of God. I don’t think God would ever give us the Scripture, this breathtaking love letter and then, in the final chapters, pull a switch-a-roo and deliver a Big Cosmic Boo! where He scares the heebie-jeebies out of us. After all, that’s not consistent with the nature of God, the character of God, or the redemptive plan He’s been working throughout history.

As I began to take a closer look at Revelation, I discovered the book is a revelation of Jesus Christ (Revelation 1:1). And who would want to miss out on that?

You’re right: nobody. So I studied the book a bit more and wrote a whole Bible study on it called (what else?) Revelation: Extravagant Hope.

Here’s how this “finale” book made its way into the world: the message came to one of the disciples, John, a pastor and prophet. John refused to bow down to the ways of Rome and worship Caesar Domitian by calling him “Lord” and was banished to the island of Patmos.

Physically and spiritually John was likely in a dark place. His fledgling churches were struggling. His fellow disciples died brutal, barbaric deaths. I suspect he was wrestling with questions humanity has struggled with for thousands of years.

Why does God allow evil to rise to power while His servants suffer?

How does one cling to hope with so much darkness and uncertainty?

Does God really win in the end?

Revelation – God is with us in the darkness

I don’t think Revelation was given to John as an out-of-the-blue divine download, but rather in that dank prison cell, John had been wrestling with God.

And so many of us find ourselves in a season of wrestling. Maybe you or those you love are walking through medical uncertainty— the ALS, the cancer, the dementia, the vicious autoimmune disease, the infertility, the vertigo.

For others, you’re wrestling with mental health—to rise above the panic attacks, the anxiety, the depression, the bipolar swings.

Some hide it better than others, but we have areas where we’re wrestling.

John writes to us from his own wrestling mat. He teaches that no matter what giant we’re facing, what prison we find ourselves in, what island we’ve been banished to, we should never give up on God, because God has never given up on us.

When we start to look at Revelation for its extravagant hope, then we help everyone fall in love with this remarkable book.

Revelation – The Light of Christ is breaking in

Sure, John uses a slew of strange and symbolic imagery. If you take it all literally and in a linear fashion, the interpretation gets weird and scary fast. We must remember Revelation is a book written in code. It’s apocalyptic literature—a unique genre of writing that tells of future events, without giving us all the details.

Because of its cryptic nature, Jerome, who translated the Bible into Latin around 400 AD, observed, “Revelation has as many mysteries as it does words.”

Throughout its 22 chapters, we learn that in the darkest moments, the light and life of Christ is still breaking in. We’re centered on the truth that through Jesus’ life, death, and resurrection, evil has been overcome and will be overcome. In that tension between what has been and what will be, Christ wants to use us to take evil out of circulation. We discover that even in the midst of pain and hardship, God still has good things up His sleeve for us. And we learn that even when it feels like all hell is breaking loose, heaven is still crashing in.

Revelation is a survival guide for the suffering, a book of promises for the persecuted, a banner of hope for the beaten down. Not just for John in his time and his age, but for every church in every age, including you and me now. And reminds us that sometimes the hard-to-read books of the Bible are the best books of Bible.