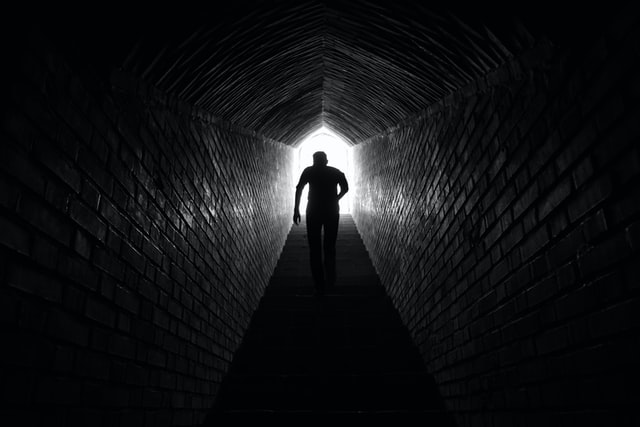 There’s an insurance company that has an ad campaign I just love. They end each ad by saying, “We know a lot because we’ve seen a lot.” At Vanderbloemen, we haven’t seen it all, but we have seen hundreds of successions now. And six years after the release of our first research book on succession, we’ve learned a lot because we’ve seen a lot more. Maybe the most important lesson we’ve seen is that there is no cookie-cutter for a successful succession plan. Every church is unique. However, we have noticed recognizable patterns among failed successions that we want to help organizations avoid.

COVID-19 certainly made planning for the future more appealing as we all realized how quickly change can land in our laps unexpectedly. The best way to prepare for the future is to learn from the past. This includes past mistakes of other churches and leaders. While singular situations can sometimes be anomalies, there is power in learning from patterns.

We’ve compiled 12 common elements of a failed succession and how you can overcome them in your own succession plan.

Pastors and their churches often fail to understand that a reasonable transition period can take years. Fortunately, COVID has caused leaders to realize that the future can accelerate quickly, and succession can be here before you know it. So one silver lining of the pandemic crisis I’ve noticed is that leaders are talking about succession sooner than ever. Nonetheless, I still see leaders looking for a “microwave” succession plan when more often than not, a “crockpot” recipe is a better solution. A successor must be accepted and incorporated into the church’s culture to establish a solid foundation for effective leadership and ministry. This is not a quick process. A Harvard professor once advised leaders in the business world that they “need 10 years to develop a great CEO.”¹ Churches, especially highly-visible ones, may not need ten years to develop the next senior pastor, but they do probably need ten years to cultivate a strong culture of leadership development at all levels. This also includes relationship building with the congregation and staff.

2. The Assumption that Your Church is not in Danger of Implosion

One other benefit the pandemic has brought us all is the realization that life (and churches) are more fragile than we realize. We have learned that every church is only one generation away from extinction and only one serious disruption away from irrelevance. No church is exempt from problems that inevitably accompany a rough succession. No matter the size of the membership, the status and number of current and former donors, or the renown of the pastoral team, bad succession can be exceptionally taxing on a congregation. If succession is handled flippantly, you risk people leaving your church or a decrease in giving.

Before COVID, we saw succession after succession fail because churches looked for successors who wouldn’t change old formulas. Ironically, the pandemic has given us great hope here.
Like never before, leaders are realizing that old models will not carry the new day. COVID isn’t just an interruption. It’s true disruption. And while it has accelerated many changes that were already on the horizon, it has given us the gift of a major wake-up call. I’m hearing from pastors all over the world that they are now looking for new models of leadership, new models for delivering the timeless Gospel, and that often means a new kind of pastor. Finding people that are digitally native. Finding leaders with an unusual penchant for pivoting. Finding techies who are also pastoral. These are just a few of the challenges we are seeing to finding successors who can lead into a brave new post COVID world.

Modeling future strategies around yesterday’s successes can handcuff future leaders (even leaders from inside the organization) so they cannot make necessary modifications and changes that fit a new era. Church leaders need to have the authority and flexibility to adapt and think opportunistically about what future leaders may need. Think about the direction your church is heading in and what future goals you have to make the plan for what’s to come. Don’t get stuck repeating what’s always been done or you will eliminate the possibility for growth.

As Marshall Goldsmith writes of succession in the business world, “It’s easy to fall in love with the baton of leadership. Whenever this happens, it is almost impossible to let go.” The very gifts that enable a pastor to lead often become the temptation to stay beyond effective years. Leaders must address their egos before and during a succession-planning process to ensure a successful hand-off. It’s never easy to lead something that’s been such a primary part of your life, but there are many new ways to use your talents outside of ministry. Make sure to have a clean exit strategy so leadership lines don’t get crossed. And if you were ever under the impression that you’re actually in control as a leader, just remind yourself of this lesson COVID gave us: we’re not as in control as we once thought.

5. Hard Conversations About Succession not Scheduled in Advance

Most pastors underestimate the advanced time required to identify a successor. Even setting an annual meeting to have that conversation is a good idea. There must also be clarity regarding the roles and responsibilities in a succession plan, and both the board and the senior pastor need to understand who is ultimately in charge of setting the timeline and initiating the succession plan. It’s also important to revisit the qualities and values you want in a new leader. This facet of the conversation is all the more important with the disruption the pandemic has brought the Church. This includes a list of qualities you feel the leader must possess as well as what you’d like to avoid in a future leader. It involves factoring the changes that the pandemic has brought the church and thinking through how that affects the profile of a new leader. Talking about this overtime shows which attributes and values are consistently important over the years and what might be negotiable. Planning ahead in this area is huge. It can be tough to know exactly what you want when the time comes, so it is important to start preparing now.

6. Senior Pastors not Developing the Strength of Their Bench

Pastors must not fail to identify and empower the leadership potential of those around them. Identifying these individuals allows the pastor to create a potential leadership pipeline for every major leadership position in the church. No matter how far away succession may seem, it’s never too early to acknowledge and develop strengths you see on your team. By grooming potential future leaders early, you’re also allowing the rest of your staff to see how this person would fit into a leadership role while you’re still around. Filling key roles with relatives may work under one senior leader, but it does not necessarily ensure smooth transitions to successors. Pray about including family in your succession plan long before you discuss it with anyone. This can become a tricky area.

7. Outgoing Pastors not Relinquishing the Spotlight

Outgoing pastors must move out of the way for the incoming pastor to be effective. Whether through a geographic move or a visible change in role and title, the outgoing pastor must make room for the incoming pastor. When John the Baptist prepared the way for Jesus by saying, “He must increase, but I must decrease” (John 3:30 NASB), he was certainly deferring to God, who had appeared in the flesh, but he was also doing what all leaders should do as they transition from one to the next: intentionally moving out of the way.

The higher the public visibility of a church, the more likely the public media is to report on its every misstep. Poor public communication confuses members of the church and can be exacerbated by the many people, from board members to congregants, willing to offer their opinions to local media. This is yet another lesson that was deeply felt throughout 2020 in how churches respond to COVID. Now that so much of church operations happen online and virtually, strong communication and trust is more vital than ever.

9. Second-Guessing the Decision to Retire

It is common for pastors to begin talking about a succession plan—and even bring in or name a successor—only to decide not to retire. This is especially awkward when a first or second effort at passing the leadership baton does not go well; often the former pastor feels compelled to stay in control. Many leaders have felt a surge of energy from the pandemic. Don’t mistake a surge of enthusiasm with the fountain of youth. Maybe your newfound energy is a sign of a call to a new chapter in ministry or a new ministry altogether, but it’s likely not a call to business as usual for another decade.

In our research, we have not found a succession that went well when the relationship with the outgoing spouse was contentious. In a church or nonprofit, the leader’s spouse is often heavily involved and may even have a role on staff. Effective successions of faith-based organizations consider the spouse as a part of the process, realizing that he or she has influence and might also be navigating an identity-shift that accompanies the succession.

While contracts are often viewed as needed only in adversarial situations, we believe smart organizations write down agreements about provisions for retirement, intended dates for transition, and other stated intentions about the process. This provides clarity and alignment between the leadership team and board so there is no confusion about what was or was not said.

While not always the case, the most successful successions rise and fall on the outgoing Senior Pastor. This is particularly true for larger churches and long-tenured pastors. But in churches of every size, including small churches, the attitudes and values sown by the outgoing pastor strongly influence how the next pastor will be received.

The fact is, churches are made up of and led by people who all need a Savior. My motive in sharing these 12 marks of failed successions is to help churches avoid repeating unhealthy patterns. Through reading this, I hope that your church pays close attention to key dynamics that can become pitfalls during succession planning and execution.