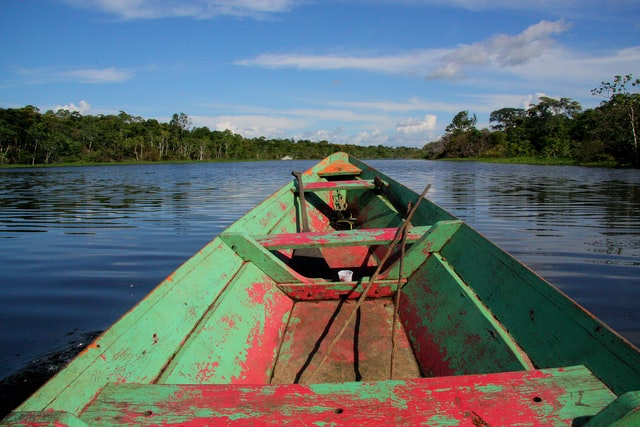 “As iron sharpens iron, so one man sharpens another” (Proverbs 27:17).

One of the most productive things any minister does is spend time with a good friend bouncing ideas and stories off each other.

Their wives might not appreciate what they are accomplishing–it looks a lot like fun and if she is the left-brained pragmatic one in the family, she can cite a list of a hundred things her preacher-husband could be doing. But let the ministers insist. Resist.  Persist.

A pastor friend and I were in my office one morning, bouncing ideas and stories off each other. My favorite thing to do.

Somehow we began discussing the Amazon River. I have no idea how that happened.

That great waterway is 90 miles wide at its mouth and its waters flow 200 miles out into the Atlantic. Imagine that. Two hundred miles–the distance from my house to New Orleans or downtown Memphis.

Keep that in mind for what follows.

My friend said, “That’s a parable about our influence and witness. Even after your earthly life ends, your influence still runs on far out into the future to bless people for years to come.”

Indeed. Blessed are the dead who die in the Lord, and their works do follow them (Revelation 14:13).

Perhaps this is why Scripture does not teach that judgment occurs immediately after our death: The record is not complete yet. Our works are continuing. Every person we touched, taught, blessed, hurt, hindered, encouraged, damaged, led to Christ or prayed for is still out there living their lives. We share in their lives. Jesus said when we give a cup of water to a prophet, we share in his ministry and thus in his reward (Matthew 10:41-42).

My friend’s story is a great encouragement to us all.

Then it was my turn.

I told him of a European ship headed to South America a century ago that ran out of water. They were quickly into big trouble, as everyone on board was dying of thirst. Spotting a ship on the horizon, they signalled: Help Us. No water. Crew dying.

The other ship responded: Let down your buckets where you are.

The captain of the distraught vessel thought they must have been misunderstood and resent the message.

The second ship signaled: Underneath your ship is the Amazon.

Imagine dying of thirst in the middle of the Amazon.

The great educator Booker T. Washington, founder of the Tuskegee Institute, enjoyed telling that story. His audiences would be former slaves who needed all the help and encouragement they could find.

Dr. Washington would remind his people, “Tthere’s no need to look to Washington, D.C. to solve your problems or go running off to a distant place. Let down your buckets where you are.”

Some people believe they could make a real difference in the world if they just lived somewhere different. They could serve God if they were married to someone else. They could be a success in business, they could write that book, pastor that church, prosper in life–if only their circumstances were different.

I’ve known church members who declared “I could be a witness for the Lord if I lived overseas. But it’s hard witnessing to my friends and neighbors.”

Serve God here. Now. With what you have.

Let down your bucket. Bloom where you are planted.

There is no excuse for not obeying the Lord and living the abundant life. It’s foolish to wish for perfect conditions before we can do the right thing.

We live in the middle of the Amazon, for pete’s sake.

Two preachers, both with a deep need for fellowship and a strong craving for someone to listen and react, each one a gift from the Father to the other.