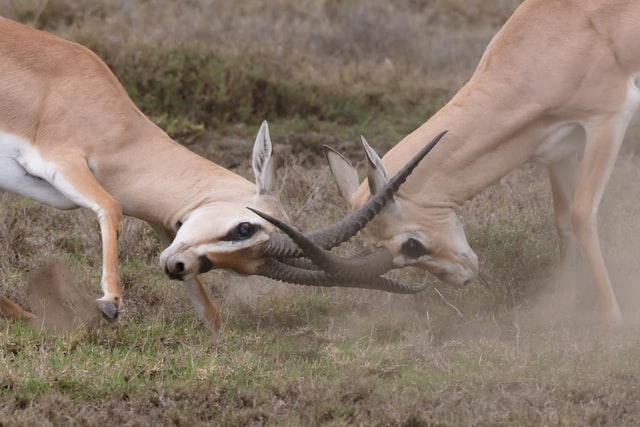 At times in your marriage you can end up feeling like you have an opponent, not a partner or friend.

The same dynamic happens in teams and with friends.

Even in your key relationships, it’s not that hard for an ‘us’ and ‘them’ mentality to take over. It’s so frustrating, because deep inside what you really want is someone to pull together with, not to push back against.

But you’re caught in a trap.

How do you get out?

Carey my husband and I were challenged to stay on the same team during some rough years in our marriage. In something as small as getting our young boys out the door on time a hockey game, we’d end up frustrated, tense and arguing over whose fault it was that we were late yet again.

He’d break the silence, saying something like “You’re always ready later than you said you would be.”

And my retort might be “You think that’s the reason? I did my part. You’re always so distracted with your own agenda. You’re so self-focused. You don’t know how to pitch in to help us get out the door.”

When I start playing the ‘blame and shame game’, it was like I’d move into an invisible fortress and start shooting arrows at Carey. I would lash out without rationally thinking or considering his perspective. In blame-and-shame mode, I’d never think about how my words and actions would hurt him and tear down our relationship.

As much as I hate to admit it, I’ve done it again and again.

Maybe you’ve done this before too.

You’d think that two lawyers who love Jesus would have peaceful conflict resolution figured out, no problem. The reality is, it took Carey and I years to get past the pitfalls we kept stumbling into.

In this post, I want help you skip the pitfalls. That’s why I’m sharing what we’ve learned the hard way about better approaches to resolving our differences.

1. Avoid The ‘Blame And Shame Game’

There’s nothing like blame and shame to make you feel emotionally unsafe.

Carey and I were in a vicious cycle of conflict but it wasn’t unsafe.

A dead giveaway that Carey and I were playing the blame-and-shame game was the language we’d use: “You always . . .” or “You never . . .”

We’d get stuck in repeating patterns of criticism and defensiveness. We’d both tried and failed at “fighting dirty”—using subtly belittling or critical put-downs to get the other to surrender to our own perspective.

What I didn’t understand then is that words have power. There are no neutral or empty words. The words we speak to our spouses and to ourselves will either build us up or tear us down.

This means I need to choose my words carefully. Blame and shame not only leads to hard feelings, it’s a terrible motivator.

If this has been one of your conflict tactics in your relationship, see it for what it is:  self-defeating.

To change the pattern, replace your “you…” language of blame with “I” statements about how you feel.  Explain what you value and pay close attention to how your spouse feels and what he or she values.

Search for your part in the blame and shame game. Lay down your arms and wrestle with the ways you’ve treated your spouse like an opponent until you can identify them.

Then apologize in a way that communicates sincerity to your spouse.  (For more on sincerely apologizing, hear the conversation I had with Dr. Jennifer Thomas, Episode 20 on the Smart Family Podcast; link here.)

Ask yourself, how am I a part of this problem?  What do I need to change to be a part of the solution?

2. Stop Thinking Your Way Is The Only Way

The way Carey and I used to communicate over clashing expectations became more about defending our view or proving a point than it was about figuring out the next steps that would lead to a mutually acceptable solution.

Have you ever heard that ‘it’s more important to do right than to be right’? Doing right involves a lot of listening. It also involves  being able to accept with humility that your way isn’t the only norm or ‘the right way.’

Doing right means responding with kindness and respect even when you don’t agree with what your partner is saying.  Doing right also involves digging into your creativity.

What?!  Who says I need to be creative in my marriage?  Pretty sure that wasn’t anywhere in our vows…

In the early years of our marriage, I held the mistaken belief that where we had our differences, my view was the better one.

Strike one:  it’s an opinion full of pride that leads to dead ends relationally.

Strike two:  it didn’t stretch me to search for mutually agreeable solutions.

Strike three:  it’s an attitude that’s toxic to a spirit of unity. Having to always be right is bound to move the two of you farther apart.

You may think of yourself as not being very creative, but ask yourself: how is this attitude limiting you?

Maybe you’re creative in ways you’re not paying attention to, say, when you’re cooking or barbequing, fixing a small engine or solving tech problems.  Is it possible you may be more creative than you think?

You’ve probably already realized there are more than two solutions to almost every problem you face. Approaching the issue with an open mind, creatively, will help you identify more potential solutions.  You can’t lean into that creativity when you’re focused on fighting for ‘my way’.

Release the idea that your solution is the perfect one. If your partner doesn’t agree, it’s now inherently imperfect.

There are likely many imperfect solutions that are still workable, that could satisfy both of you and bring more peace.

Carey and I needed to learn to elevate the value of keeping our relationship strong over the value of satisfying our individual desires.

We changed our attitudes and became willing to compromise some of our wants for the sake of our connection with each other.

For example, over time we learned that our interior decor tastes overlap by about 5 to 10 percent. So we now know from experience to be patient and open-minded until we find the design we can both live with.

Our shared priority is that both of us will be satisfied with the outcome when we have our differences. To fight for “we” instead of fighting for “me,” we both need to pay attention to the views and tastes of the other.

If I know Carey will be unhappy with a particular choice, then I don’t push for it. Carey does the same for me. Both of us consider a choice that leaves the other person unsatisfied to be an unacceptable choice.

If you find yourself fighting for “me,” try shifting your focus. What if you embrace the challenge of not simply tolerating your differences, but celebrating them instead?

To keep fighting for “we”, when things are getting heated, remember this: