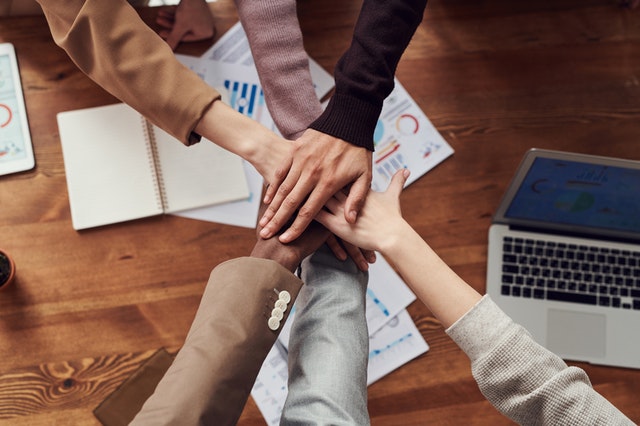 On every team I have ever led, we have sought to maintain the “The Last Ten Percent Rule.”

The Last Ten Percent Rule states that most people say ninety percent of what they are thinking, but they hold back that last ten percent out of fear of rocking the boat, causing conflict, getting fired, or whatever.

Healthy growth emerges from the teams who best practice honesty.

That said, honesty is not something that just happens on any team.

Honesty has to be cultivated in your culture.

I wrote this article highlighting our framework for facilitating honesty on your team and giving you one of your best opportunities for growth.

Mine for Total Honesty.

Truly listening to to those closest to us gives us our best opportunity to grow. As a leader we should always push our team for that last ten percent. That’s where the gold is!

That last ten percent gets us into what people are really thinking, how they really feel, and gives us our best opportunity to gain rapport with those closest to us.

However, people are people. Defensiveness and insecurity run rampant among leadership teams. Don’t get me wrong, most teams have a deep desire to grow and get better, but for some reason, they have a hard time listening to the feedback, critiques, and heartfelt honesty.

Your job is to facilitate honesty among your team, keep it at the forefront and normalize what it means to share the last 10%.

While honesty is not natural for many on your team, your job as the leader is to make honesty normal for everyone on your team.

Most people on your team likely care about the people they work with and want things to get better. They also like their job!

If you, as the leader, are over emotional or reactionary when people are honest with you, you may not get honesty out of them.

Be Quick to Listen and Slow to Speak.

When someone offers any type of honest feedback, our temptation the entire time they are speaking is how to explain ourselves or defend our behavior. Don’t give in to that temptation!

Listen carefully. Process what they are saying. Be teachable. Be coachable.

Model teachability for your team. When the leader is teachable, the team will be more teachable.

I had a marriage counselor tell me a long time ago, “It doesn’t matter what I meant. It matters what was received.”

Don’t try to explain what you meant or what your intention was. Just apologize for any wrong signals you might have sent.

Arguing or being defensive about intentions is crippling to a culture of honesty.

It really doesn’t really matter if you’ve been at fault or not.

Distinguish Between a Critique and a Criticism.

Criticism comes from the critics and naysayers.

Critique however, comes from someone who loves us and just wants to help us improve and improve the quality of our relationships. Why would you not listen to that person?

You don’t have to listen to everyone, but you had better listen to those closest to you. If you don’t it will negatively affect your influence, your relationships among the team and the level of honesty in your culture.

Thank People for Their Candor.

Simply respond with, “Thanks for bringing that to my attention. I don’t know my blind spots unless someone helps me see them. This will help me get better.”

Your response gives permission and language for your team to receive honesty in a similar fashion.

Need another example? Try this response: “I really appreciate you sharing this with me. As a matter of fact, if you ever have something come up like this again, don’t be afraid to come and talk to me about it. I appreciate it more than you know!”

Wish honesty was part of your culture?

Long for a team that talks TO one another rather than ABOUT one another?

Eager for a system to help you facilitate a “Last 10% Culture?”

We can help…and, frankly, it’s all too much to do alone. That’s why at CourageToLead we believe, “Every Leader Needs a Coach”…because no leader can do it all alone!

Let’s set up a call with one of our coaches to talk through leading your team and organization to discover a “Last 10% Culture.”