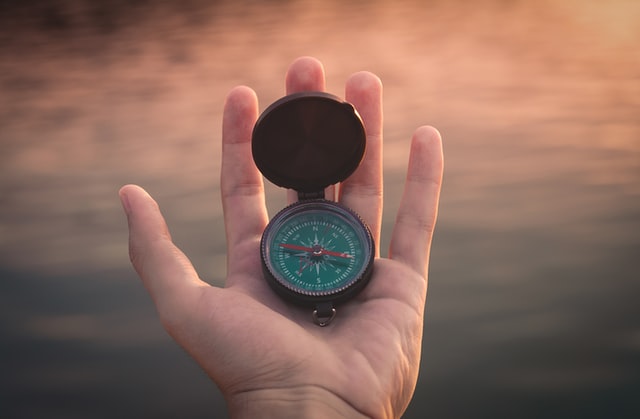 One great evidence of the lostness of mankind is that people rarely look up from their daily lives to ask, “Where is all this headed? What is out there? Where are we going?”

I sit on my deck and watch the birds swarm around my feeders.  I keep them stocked and am delighted the birds love what I provide.  But never once has a bird looked up to indicate an appreciation for my efforts.  They are so like people it’s not funny.  We take everything for granted.

In a 1965 sermon, Billy Graham tells of the time when Robert Ingersoll, well-known atheist of the 19th century, was addressing an audience in a small town in New York. The orator forcefully laid out his doubts concerning a future judgement and the reality of hell.

At the conclusion, a drunk stood up in the back of the room, and said through slurred speech, “I sure hope you’re right, Brother Bob. I’m counting on that!”

Billy Graham commented, “Modern man does not like to think of God in terms of wrath, anger and judgment. He likes to make God according to his own ideas and give God the characteristics he wants Him to possess. Man wants to remake God to conform to his own wishful thinking, so that he can make himself comfortable in his sins.”

That struck a note with me. I had just been reading where someone did just that.

Early in the Second World War, Bessy Myers wrote an account of her service as an ambulance driver for the British military during 1940-41, before America entered the war. Myers and a colleague, Mary Darby, were serving in France when the Nazis invaded, and were subsequently captured. She kept a diary which was published in 1942 as Captured.

Now, considering the horrible conditions in the prison camps where these women were kept–poor food, filthy buildings, bugs everywhere, the absence of any outside contacts, and the constant torment from their Nazi captors–we sympathize with anyone who grows discouraged about the existence of God and the absence of justice in the universe. One’s environment surely skews his theology.

That said, it’s still remarkable to read the brief confession of faith (or no-faith) in the midst of her saga. Plagued by bug bites all over her body, unable to sleep on the filthy thin mattress, and dealing with constant hunger, Myers thinks of dying.

In some ways I am fortunate, for I have not the same fear and horror of leaving my life upon this earth as have some other people I have met. It does not worry me at all if my body decomposes and there is no sphere beyond the clouds where I may be rewarded for such virtues as I may have had and punished for the lack of them.

But should we mortals be immortal I can only face the Great Beyond with philosophic interest; my common sense assures me that I am akin to the majority of people–neither very good nor very bad; I can believe only that the Guiding Power is wise beyond our mortal conception. Wisdom in the full meaning of the word must incorporate justice. I have no fear of being cast into an everlasting hell, because I can not credit that such a place exists….

Myers goes on to say, I imagine the Great Beyond as some kind of resting-place to which we are sent, and where we stay for a while and are then told to go on with the job of improving our egos. Our egos are far from perfect, and I believe in evolution.

And with that, she lowers her gaze from the skies and resumes the narrative regarding her situation in the disgusting French jail with the Nazis as her jailers.

Before commenting on her remarks, I remind myself and our readers where she was: in per own personal form of hell. No doubt intense, prolonged suffering skews the vision of many a faithful believer. How much more an unbeliever.

That said, we cannot skip over her vision of the Great Beyond without a comment or two….

The most striking thing about her confession is how passive she is about the after-life. It’s clear she has given little thought to what happens after death, and almost seems not to care. “I imagine,” she says, and “It does not worry me.”

She does have a god, you no doubt noticed. Not the conventional kind, and definitely not an idol like the Hindus or primitives. Her god is herself, what she calls “my common sense.” It’s impossible to read her story and not think of the line from Proverbs, “There is a way that seems right to man, but its end is the way of death” (Pr. 14:12; 16:25).

There’s little new about this, of course. People have been doing this since forever. And that is why we call it the crowning evidence of man’s lostness. He rarely raises his head from the day-to-day existence to ask where all this is leading, and even when he does, what does he do but consult himself for the answer? Oh my.  How utterly foolish.

To Myers’ thinking, hell does not exist because she wills it not to exist. If she does not believe it, it goes away.

We would like to ask this brave/tormented woman and all who hold such convictions–or better, those who believe so strongly in their absence of convictions–what is your authority for believing that?

If you persist in believing there is little or nothing out there in the Great Beyond, as she puts it, tell us why you believe that. On what basis?

She does believe. Everyone believes.

The only question is what we believe. Bessy Myers believes in decomposition and the possibility of evolution. On what basis?

Her answer: I imagine.

With those two words, she voices the faith and faithlessness of untold millions alive now and down through the centuries.

Beatle John Lennon wrote the anthem for this religion with his “Imagine.” Its dream of a world with no religion, nothing to divide us, nothing but peace and love, appealed to the children of the flower generation.

I suspect the song is repeated more for its catchy rhythm and soulful tune as much as for its lyrics. Still, one hopes that those who repeat his words will take a hard look at what they are saying. If they do, they’ll soon realize he has just described chaos, a world without law where evil would go unrestrained.

Lennon was dreaming of Eden before the Fall. Not a bad thing to do, but not very realistic.

Without the revelation of God in His Word–our Bible–all mankind would be hopelessly lost, sentenced to pool our ignorance, left to follow one another like lemmings off the cliffs of this life.

The king of Judah ordered the prophet Jeremiah brought up from a hole in the ground where he was being incarcerated to ask, Is there a word from God? (Jeremiah 37:17)

That question is still in order today.

In fact, it’s the only valid question.

“What does God say?”

The Scriptures are saturated with Heaven’s answer to this question. Here is one:

In the past God spoke to our forefathers through the prophets at many times and in various ways, but in these last days he has spoken to us by his Son, whom he appointed heir of all things, and through whom he made the universe. The Son is the radiance of God’s glory and the exact representation of his being, sustaining all things by his powerful word (Hebrews 1:1-3).

God has a word for you, Bessy Myers, and for all who, like you, have been imagining what lies beyond.