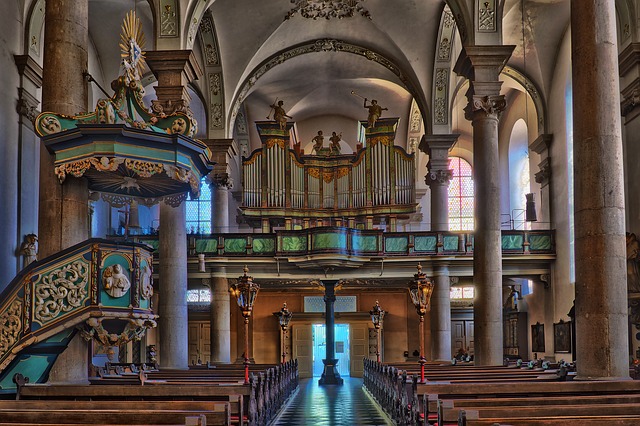 “…so that you may know how you ought to conduct yourself in the house of God, which is the church of the living God….” (I Timothy 3:15).

You can’t chew gum in the pulpit, smoke a cigarette, or bring your coffee in with you. You can’t preach in your pajamas or lead a worship service in your swimsuit.

But you knew that.

However, some pastors do things every bit as silly as this, and as counter-productive, we must say.

Now, in one sense, a pastor can do anything from the pulpit. Once.

But we’re talking about things no right-thinking, mature and responsible pastor should attempt to do from the Lord’s sacred place of leadership in His church.

1. He cannot recommend a book which has questionable material in it nor condemn a book he has not read.

Okay. He can, but he shouldn’t.

This is not to say he may not reference a book or quote from a book that he does not recommend.  Wisdom and maturity will guide him.

Some movies have much to be commended, but by their horrible language and their using Christ’s name blasphemously destroy all the good. The pastor will not want to endorse such a movie even though it has some positive aspects.

3. He cannot bring someone into the pulpit, even for an interview, whose life is a contradiction to the way of Jesus Christ.

There may be a forum for the church to host the mayor who has atheistic beliefs or a prominent author of a questionable piece which would not give the impression of endorsing the person’s lifestyle, if that is thought necessary. But a worship service is not the place.

We remember how Paul and Silas did not appreciate the recommendation of the demon-possessed girl of Acts 16. “These men are servants of the Most High God,” she called out to everyone. The problem was, people saw her as crazy. She was the last person who should be testifying about the Lord. So, Paul cast the demon from her. Suddenly, she was free, was normal, and was quiet.

4. He cannot preach that he disbelieves certain scriptures.

Imagine a NASA engineer addressing the astronauts just before their blastoff, to inform them that he has no confidence in the integrity of the spaceship, that the onboard computers are untrustworthy, or that there are flaws in the design. He ends with, “Nevertheless, you have a good flight.”

If the preacher disbelieves the Bible, let him resign and find an honest way to make a living.

(Note: In the past, when I have said something similar, people responded that they appreciate the transparency of such a minister who would admit to having the same struggles as they. Far from agreeing with them, I find that amazing. I wonder if they would be willing to undergo surgery when the physician expresses doubts about his abilities and questions the procedures.)

Imagine a pastor telling the congregation the struggles he has with the deity of the Lord, or doctrines such as salvation, the Incarnation, the Trinity, the Virgin Birth, and the Atonement.

If he has such issues, let him read Psalm 73 a dozen times and take its message to heart, then work out his doubts in private.

A favorite seminary once told our class, “My job is not to share my doubts with you. I figure you have enough of those of your own.”

Some things are better dealt with privately–or at least between himself, his spouse, and a faithful counselor–but never in public.

The pastor who tells his people that he has a lust problem is creating more problems for himself than he can imagine. Every woman in the church will think he’s undressing her when he looks in her direction. When this happens, his ministry has come to an abrupt halt.

7. A minister cannot rebuke anyone publicly from the pulpit.

He cannot call names and slander someone, no matter how strongly he feels. (see postscript)

Again, he may do it, but not and keep the respect of Christians who know the Word and reverence His name. Mean-spirited preachers will always have their defenders, but this does not make it wise or the right thing to do.

Let the preacher honor His Lord, reverence His calling, and bless His people.

Let the preacher never forget he has not been called to “share his heart” with his people but to “preach the Word” (II Timothy 4:2).

Let the preacher not fall prey to the temptation to be transparent to the point that he lays stumblingblocks in the paths of his people.

Let the preacher say to himself a hundred times a day, “This is not about me; This is about Jesus Christ” (see 2 Corinthians 4:5).

Let the preacher with overwhelming doubts have enough integrity to a) get help, b) stay on his knees, c) not preach his doubts, and d) get out of the ministry if the doubts and questions remain unresolved.

We will all stand before the Lord and give account.

Let none of us have to account for having caused God’s people to stumble.  Jesus said, “Whoever causes one of these little ones who believe in me to sin, It would be better for him if a millstone were hung around his neck and he were drowned in the depth of the sea” (Matthew 18:6).

When an on-line magazine  published an earlier version of this article, several readers were quick to take issue with #7, not calling names from the pulpit. They said I am contradicting I Timothy 5:20 which reads “Those who continue in sin, rebuke in the presence of all….”

My response: a) The surrounding text shows Paul is referring to elders in the body, not to the world at large. b) My concern is irresponsible preachers who attack celebrities, politicians, etc., by name, committing slander (a word I did use). There is no place for that in the church of the Lord Jesus Christ. We are sent as bearers of the gospel of Jesus Christ, not as Old Testament prophets off to Samaria to confront wicked Jezebel and good-for-nothing Ahab. c) Might there not be exceptions to #7? Of course. But let the minister get good counsel and do so graciously and faithfully.