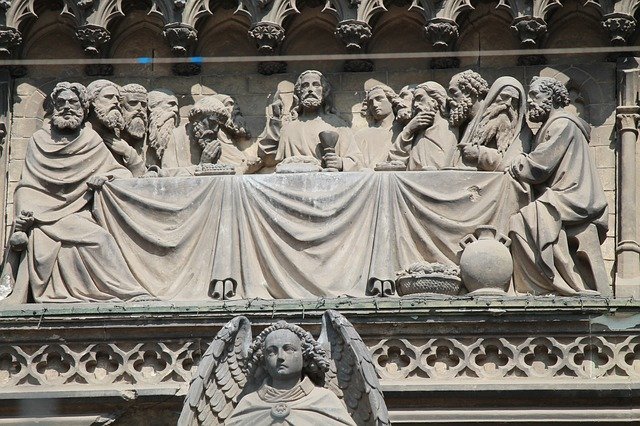 When I read through the New Testament, I see countless examples of leaders who, at their core, were passionate about making disciples. These men, following the example set before them by Jesus, poured themselves into those that were close to them. In order to be a true leader, you must make disciples, not fans.

Anyone can have fans. Fans observe you from a distance. They see the good, but never the ugly. To fans, they see no possibility of wrongdoing because there is no vulnerability.

A true leader is vulnerable and transparent. One who willingly opens up about shortcomings. One who compassionately walks with those around them and lifts them up. But also one who corrects and gently rebukes.

The apostle Paul exemplifies this example of leadership. In 1 Corinthians 11, he writes, “Imitate me, as I also imitate Christ.” The thing that I love most about this is that these aren’t just empty words. Paul lives this out in his life by making disciples and raising up leaders. The epistles and pastoral letters are full of these examples.

Being a leader isn’t about delegation or hitting goals. It’s about raising others up. As ministers, we aren’t raising people up in title only, but rather as mature men and women of God who are equipped to do the same with others. Our legacy is defined not by how big of an organization we build; it’s defined by those that continue to lead after we’re gone. You can build a large organization on your back, but if others haven’t been equipped and raised up to lead that organization will end with you.

Undoubtedly, the number of pastors who don’t see the value in raising up disciples is few. However, there are many who use the lack of time excuse as a reason not to make disciples. Discipling others isn’t optional. Jesus, in the prime of his ministry with only 3 years to accomplish everything required of him, took the time to pour into his disciples. If he had only focused on the crowds or his public ministry, you and I would not be sitting here today.

In Acts 5, Peter and John are standing before the Sanhedrin. A teacher named Gamaliel stood up and said, “Leave these men alone! For if their purpose is of human origin, it will fail. But if it is from God, you will not be able to stop these men.”

God is in the business of multiplication. If your vision and mission are from God, you have the responsibility to multiply. This isn’t done by building bigger buildings or creating more fans. It’s done by raising up men and women who will walk beside you and eventually past you as they fully develop into who God has called them to be.

Not having enough time to raise up disciples is not a good excuse. You must make the time. Your legacy depends on it.

Focus on 1-3 people that you can pour into deeply. Have at least one private meeting with them per month and be available informally when they need you. If you can make the time to meet with each of them weekly, that’s even better.

It’s important to note that these leaders are all unique. They’re going to have different struggles, goals, and callings. Treating them as unique individuals is absolutely necessary. You can’t expect to take them through a system that is set in stone. You must minister to them as individuals.

This is one of the primary reasons that I created Disciple Labs. After talking with hundreds of ministry leaders, I noticed that many were struggling to make disciples because they were doing what they thought their people needed rather than what their people actually needed. Having those in your organization regularly complete a spiritual health assessment will help you to identify spiritual health areas that need work. With Disciple Labs, our tool does this for you automatically with practically zero work. The data collected lets you create an organization-wide plan while also being able to see an individual’s strengths and weaknesses in preparation for your one-on-one’s.