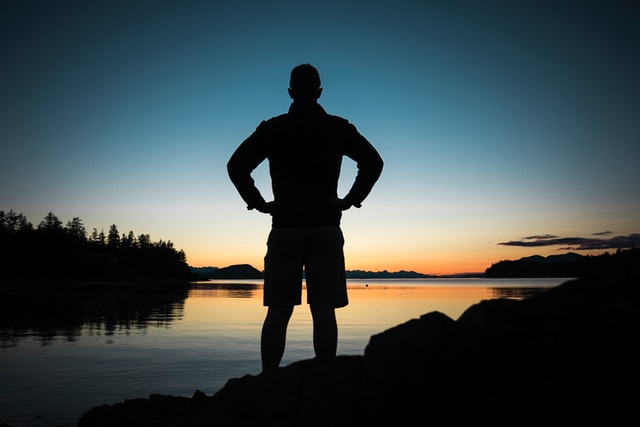 I wrote this in April 2007, as New Orleans was in the second year of digging out and rebuilding from the devastating Hurricane Katrina.  The people described here are the kind we need today, people who step up and get it done even when others say it cannot happen. See what you think….

Doris Voitier is about to receive one of this country’s premier awards, the JFK Profile in Courage Award, given to only one or two persons a year for showing courage in the face of overwhelming odds.

Doris Voitier is the superintendent of the St. Bernard School System, in the parish just below New Orleans.  (Note: As of 2020, she is still in this position and also an at-large member of the State Board of Elementary and Secondary Education.)  This parish was completely flooded in Katrina and 90 percent of the homes were either damaged or ruined.

A few weeks after Katrina, when everyone was saying St. Bernard Parish was destroyed and most leaders were still shaking their heads and wondering what to do, Doris Voitier decided if St. Bernard were to get on its feet, the schools would have to be operating. Problem is, they were all flooded and ruined, every last one of them. So, she had a little talk with the FEMA people, found out they weren’t going to do anything, and took matters into her own hands.

She took out a loan for $17 million and ordered 22 portable classrooms and 107 travel trailers for school employees, all of whom had lost their homes. Then she announced that school would reopen only 11 weeks after Katrina. Incidentally, she spent $22,000 for each trailer in contrast with the $60,000 which FEMA would eventually pay.

Doris Voitier traveled to Baton Rouge and spent a day with the banks consolidating the various accounts her schools had. “We could sort it out later,” she said. “Right now, we needed cash.” She made sure the premiums were being paid on the health insurance for employees, and covered the payroll, all of which came to $1 million a month.

Voitier told a FEMA representative that she needed hot meals for her students. She was told that despite earlier assurances, FEMA would not be able to cover that, and that she should consider cold sandwiches or military MREs. “No,” said the superintendent, “The children will have hot meals.”

She hired a Chalmette restaurant owner to cook the meals on a barge in the Mississippi River and sent FEMA the bill for $27,000. After seven months of haggling, FEMA paid the bill.

One day, while Voitier and an aide were knee-deep in paper work setting up the school system, she groaned, “Why did this have to happen when I was superintendent?” The assistant answered, “Because you can handle it.”

Prior to Katrina, Voitier prided herself on audits that were exemplary in every way. After Katrina, she admits she bent and broke more rules than she’d ever done in her life. However, she says, “If we had waited for FEMA or someone else to come in and do it for us, I think our community would have died.”

About all those materials she ordered on credit–or billed FEMA for–she laughs, “I figured that as long as I didn’t pocket any money, what could anybody do to me? Haul me off to jail?”

You can see Doris’ speech at the JFK ceremony and Senator Edward Kennedy’s speech honoring her on YouTube.

The other recipient of the JFK Profile in Courage Award this year is another Katrina-hero of ours, Houston Mayor Bill White, who led his city to mobilize to host the untold thousands of refugees from our city. In spite of the troubles that this would cause Houston a year or more down the road, that city forever became the gold standard for its prompt and compassionate response to tragedy.

You will be interested to know that FEMA has finally come through. Their local spokesman Andrew Thomas says the St. Bernard School System is getting $244.6 million to rebuild. And what about all the foot-dragging after the storm? Thomas says that FEMA has “a process and steps that we have to go through.” Translation: don’t count on us to make any fast decisions about anything.

For that, you need a Doris Voitier. A leader.

Oh by the way…

That first day of school, the lunch was spaghetti and meatballs, which as any parent knows, is every schoolkid’s favorite. Doris Voitier stood off to the side and watched the children file into a canvas tent serving as the cafeteria. She saw a 10-year-old boy turn and exclaim excitedly to his buddy, “God, real food!”

That was all Voitier needed to know she had made the right decision. “I know it sounds corny,” she says in Sunday’s Times-Picayune, the source for this account. “But it kind of tears you up. It was the first time they felt like they had eaten a real meal since the storm. For the first time in nearly three months, they had a sense of normalcy, a feeling that they were finally back home.”

Don Campbell, deacon in Boogie Melerine’s Delacroix Baptist Church, is a school board member in St. Bernard Parish. He’s another hero of ours, but I’ll save the story for another day.

Times of crisis call for real leaders to step forward.