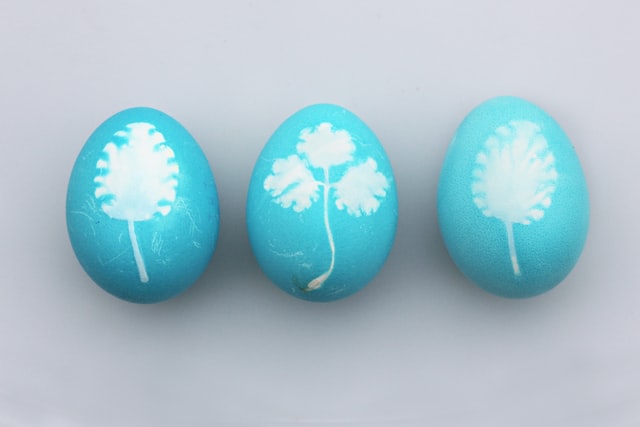 The over-saturation of content during this Coronavirus crisis has caused me to pause before asserting my voice into the mix. I scroll through social media outlets and think to myself, “There are a lot of people out there saying a lot of things. Surely no one will want or need to hear from me on this.” However, I woke up on Easter morning and felt pressed to respond. I felt tugged to weigh-in simply because of the suffering I’ve experienced in my own life and, most importantly, the Sovereign Hand that guided me in and through that suffering. So I’m posting this the day after Easter because I wanted to make sure my response was thoughtful and reflective rather than reactive or obligatory.

There are many who have or will lose someone very close to them when this is all said and done. There are many who will live in a perpetual state of fear and worry that they might lose someone . . . or even their own life. There are those who will be paralyzed by this thought: “Will we ever get through this? And if we do make it through, how drastically will life be changed? Will I be able to live with the new normal that awaits me beyond this?”

I once wrestled with all of these questions. When Amanda was killed, I was suddenly confronted with my own mortality and the mortality of those around me whom I love. I was forced to adjust my outlook, my ambitions, and my dreams of tomorrow. Maybe “adjust” is too mild of a word, for everything had been completely up-ended. Immediately one instinctive response surfaced and became priority over everything else: Self-preservation – I must protect myself and those I love from any more suffering or harm.

Suffering has a way of intruding. It isn’t respectful. It doesn’t ask for permission. Though it also isn’t biased. It causes the just and the unjust, the good and the evil, to take a step back and reorient their lives. It shoves it’s way into our daily rhythms and forces us to ask questions of ourselves we never wished to entertain before. However it’s subtle and sly in the way it does so. It doesn’t hold a proverbial gun to our head and force us to drink from a cup we weren’t already holding. It reveals and exposes what was already in our hearts — the cup that was already in our hands. In the face of suffering some drink out of the cup of coping mechanisms, while others drink from the cup that conquers.

And I believe the difference between the two parties lies in their understanding of Easter’s significance . . . I’ll get to that in a second.

I read in an article that they were digging mass graves in New York City to bury unclaimed bodies who have fallen victim to the virus. I heard from a friend that here in Indiana they are parking refrigeration trucks behind some of the hospitals, because the morgue is filling up too fast to properly process the dead. As I read and heard these things a deep wave of sadness and grief swept over me, both for the loved ones left behind and for the many bystanders who know not what to do about or how to process all this. It reminded me of everything I’ve read about the plagues of the past . . . and then I was reminded of the response of Christians during each of these horrific times.

It’s estimated that the plagues of the 2nd and 3rd centuries in Rome killed nearly a quarter of the Roman population. The Bubonic plague in the mid-1300’s killed a third of the European population. And yet history records that in each of these crises, while most were fleeing the cities in self-preservation, Christians were responding in service and self-sacrifice by attending to the sick. Many of these Christians subsequently lost their own lives because of over-exposure to the disease. I have to admit, this has challenged me. It has confronted my own reactions to this virus. It has caused me to ask if I truly believe what Christians back then believed. It has caused me to assess which cup I’m holding. It has caused me to ask this question: what reality did these early Christians embrace that we don’t quite grasp today?

While this current pestilence is called “novel” there is a truth that we hold to that is not so novel. Oh it certainly was on that beautiful, crisp first Easter morning. It was unthinkable to those two women who first visited the garden as the sun was just peaking over the hilltop. It was impossible to the two men who raced by foot to get a glimpse of what the women had claimed they saw. It was entirely inconceivable to the men huddled in the upper-room as the “ghost” of their rabbi walked right through the walls and into their midst. It was justifiably implausible that this same “ghost” was extending to them real human hands attached to real human arms covered with real human flesh, offering them a chance feel the validity of it all.

Oh yes, it was certainly novel on that day. And like a virus, the word of it began to spread. It spread from person to person, town to town with rapid rates of contact and very low incubation periods. It spread despite the efforts of it’s opponents to vaccinate those who hadn’t yet heard. It spread and it filled hearts with joy, and new life. It filled minds with new possibilities and permission to dream again. It filled lungs with laughter and testimony.

This “novel” truth was simply: that Jesus, the God-man, had defeated death. He had conquered that thing that once held all of us paralyzed in fear. He had paved the way for a life beyond this life. One with no more tears, no more pain, no more suffering, no more shame. He infused within us a new hope, a new thing to look to in moments of crisis, an alternate reality that now makes us dauntless in times of peril and beckons us to rush in while others are fleeing.

Four years ago this very week, I stood in that same garden those two women had sauntered into and sprinted out of that fateful morning. I stood right outside the cave those two men raced to. I could feel the warmth of the middle eastern sun thawing my heart that had been frozen in grief for some time. It was a very pivotal moment for me, only 6 months after Amanda had been taken from us. And as I stepped across the threshold of the tomb to take a peek inside, I couldn’t help but imagine Jesus sitting up, standing to His feet, and walking right out of it. As my own eyes witnessed the stone pallet in front of me, sure enough, sitting empty, I couldn’t help but sense a tiny bit of triumph coursing through my veins.

So while, in this world, mass graves are still full of bodies, and refrigeration trucks are being stocked, and ventilators are being turned off, and white sheets are pulled over faces, there is another paradigm where these earthbound tombs are empty. Oh sure, bodies are in them, but souls are not. They’ve lived on somewhere else.

I suppose this is why I visit Amanda’s grave only on occasion. Please understand I’m not in any way offering an opinion if you do visit your loved ones’ graveside regularly and often. Each person must do what’s right for their own grief without concern of judgement. It’s just that every time I stand in front of her headstone I’m reminded that she isn’t there. I’m reminded that she is more real in the memories and in the legacy she’s left behind than she is in the soil beneath my feet. I’m reminded that she is now more alive than ever and in perfect peace with her creator and first love.

I don’t think it’s coincidence that this current season of crisis has coincided with Easter. While I don’t claim to know what God might be trying to tell us as a collective people during this trial, I do know He’s reminding me personally that this world is not my home. He’s whispering to me not to get too comfortable here. He’s gently and lovingly showing me there is nothing in this world that can give me anything more than a temporary high or brief reprieve from my own pain and emptiness. He’s lovingly raising my gaze to look beyond what this world has to offer and stay focused on eternity.

For all the uncertainty and suffering and fear and loneliness and tragedy in this world, there will come a day when death will no longer have a voice. There will be no more Coronavirus, or any other type of virus for that matter. There will be no more pestilence or plague, no more draught or despair. Jesus will put His last enemy – death – fully and finally in its grave and we will live and reign with Him forever.

Until then, may we as carriers of this not-so-novel message bring hope and help to those around us more rapidly than this virus tries to steal it.

The Value of a Mile

The Biggest Failure of Most Pastors

How You (yes, You!) Can Change the World

2 Essential Guidelines for Your Goals

Leadership Carey Nieuwhof - January 18, 2021 0
Today’s post is written by David Kinnaman. David is the president of Barna and has authored numerous books, including unChristian, You Lost Me, Good Faith and...

Kingdom Living Brandon Cox - January 18, 2021 0
When I played professional baseball… okay, actually, I never played past peewee league, but I remember what happened when a player got hurt (which...

Podcast Margaret Fienburg - January 17, 2021 0
Hi friends! I’ve been teaching the Bible for more than 20 years, and if there’s one book that has both scared and intrigued me, it’s...