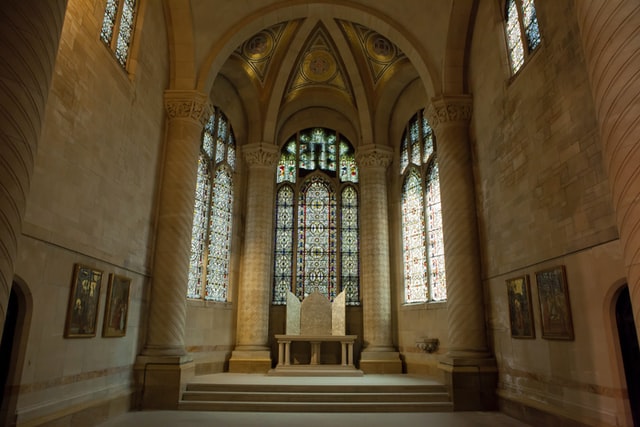 If church planting really is as important as we think it is—because the local church is God’s mission strategy for the world and an essential and eternal component of God’s project in the world—then we should find it on the surface or in the background of every biblical text. And this should be doubly so in the letters of Paul, the great church planter, as he wrote to pastors who would carry on the vital work of planting and leading healthy churches.

In 2 Timothy 2:2, Paul instructs Timothy: “and what you have heard from me in the presence of many witnesses entrust to faithful men who will be able to teach others also.” Timothy was to take what he’d heard from Paul and pass it on to others, which would have included both sound theology and its missional implications—in other words, church planting. Therefore, the teaching of the Word would lead to healthy churches being planted.

Shortly after, in 2 Timothy 3:10–11, Paul says: “You, however, have followed my teaching, my conduct, my aim in life, my faith, my patience, my love, my steadfastness, my persecutions and sufferings that happened to me at Antioch, at Iconium, and at Lystra—which persecutions I endured …” indicating that this example—in the context of his church-planting ministry—was to be a model for Timothy as he pursued his ministry in and around Ephesus.¹And we should note that suffering especially, according to Paul, will play a significant role in the life of a church planter. Let us not think that churches will be planted apart from various trials and tribulations.

Then in 2 Timothy 4:5, what has been implicit becomes explicit: “As for you, always be sober-minded, endure suffering, do the work of an evangelist.” The Word-ministry of Timothy (see 2 Tim. 4:2) is fulfilled by doing the work of an evangelist. The word evangelist is used infrequently in the New Testament. But on the evidence we have, it’s no stretch to assert that evangelists planted churches. The example of Philip the evangelist in Samaria is clear (Acts 8:4–25). We have every reason to think that, had Luke so desired, he could have expanded this section of Acts significantly to recount the establishment of many local churches in Samaria under the ministry of Philip. We know that he preached the gospel, many believed, and were baptised (Acts 8:12) thus coming into the church and forming local bodies of believers. This is repeated in “many villages in Samaria” (Acts 8:25). We can thus conclude that evangelists planted churches. Indeed, when Calvin comments on Ephesians 4:11, he posits this very idea.²

Bearing all this in mind—when Paul tells Timothy to do the work of an evangelist and thus fulfill his ministry—he is reminding him that the preaching of the Word is incomplete unless it is being deployed in places where there are no churches. Pastors cannot say that their gift is to teach and preach but not plant churches, because the good and necessary consequence of preaching the Word is planting churches. Therefore, let us teach, suffer, preach, and plant churches that plant churches—until the world is filled with the knowledge of the glory of God like the waters cover the sea (Hab. 2:14).