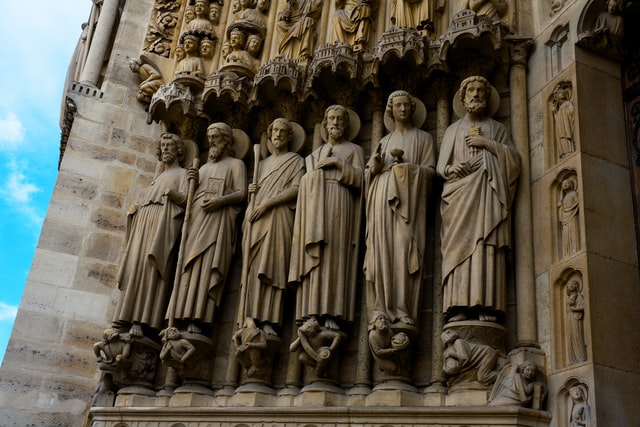 “Do not judge, lest you be judged…. Why do you look at the speck that is in your brother’s eye, but do not notice the log in your own eye?” (Matthew 7:1ff.)

If you are prone to criticism and judging others, chances are you will be the last to know it.

I find it fascinating that after issuing the warning about not judging others, our Lord followed with the caution about specks and logs in people’s eyes.

This is precisely how it works.

My judgmentalism of you appears so normal and natural that it never occurs to me that I am actually condemning you. So, while your rush to judgment is a log in your eye–one you really should do something about!–my human tendency to speak out on (ahem) convictions is merely a speck in mine and nothing to be concerned about.

Ain’t that the way?

A friend: “The banana and the nuts are okay, but the soft drink is fattening and poisonous. It is suicidal.”

You say nothing in response, but sit there wondering, “Who asked you? You wanted to know what I had for lunch and I told you. Does that give you a right to sit in judgment on my actions?”

It happens all the time, and just that casually, that subtly.

Your friend might say he/she was just sounding off, saying what came to mind. But this one needs to install a mouth-monitor and not issue such pronouncements on the actions of other people just because “I thought of it.”

He/she was being judgmental.

Here’s one that  happened to me….

Back when I was doing the “One Minute Bible Study” on Facebook, I posted a piece about vengeance belonging to God (based on Romans 12:19). One reason we are not qualified to judge others, much less to take revenge and get even, is we know so little about their motives. To illustrate, I told of the time a young African-American teenager ran a traffic light and broadsided my car, almost totaling it and killing me. I said how furious I was with him until I overheard him telling the officer that his sister’s baby was sick and he was rushing them to the hospital. That completely changed how I felt toward him.

A reader took me to task for saying the kid was black.

“That was irrelevant,” he said, insinuating that adding that detail said something negative about me.

I replied that, actually, I had given a good deal of thought to that detail, and decided it was one of several aspects that drove my anger at the moment, and so I had chosen to leave it in.

My critic could not leave it alone. He came back with a short essay in which he analyzed whether I had done right or wrong by leaving it in. Eventually, he decided that my saying the kid was black revealed that I was a racist and he surely hoped that I had repented of it.

I was amazed at the sheer impertinence of this guy. I did not  know him and have not encountered him since.

My last word to him was, “Thank you for your analysis of my motives.”

I doubt seriously whether he will pick up on my cool response to his judgmentalism. He’s probably too busy ferreting out racism and impure motives in other people to return and read my note.

Judgmentalism occurs when we elevate ourselves into the judgement seat and become critics of others–their words, their behavior, their omissions–for no reason other than a need within ourselves to set the world straight.

Know anyone like that?  Have you seen that in yourself?

Probably no scripture is more misinterpreted than Matthew 7:1 which commands us not to judge lest we be judged. The obvious meaning is not to condemn people. The Lord Jesus is not calling on His disciples to tolerate anything and everything, or to use zero discernment. That would contradict half His teachings and violate all common sense.

We who are His disciples have not been sent into the world to issue pronouncements on others’ behavior.

We have not been sent to point out where people are in the wrong.

We have not been commissioned to catch people in the act of sinning.

We have not been sent as the moral compass of the community.

We have not been sent as judges and condemners.

We are evangelists, sharers of the good news of the gospel of the Lord Jesus Christ. When we lose sight of that, we slip into the pattern of pointing out the sins and failures of those around us, of finding slights and identifying fattening foods on others’ trays. It’s at that moment we position ourselves as hypocrites and legalists instead of good-news-sharers and ambassadors for Christ.

We have been sent as Jesus was sent (see John 20:21) to bless people, to preach the good news to the poor, and to set free those who are downtrodden.

I am not sent to condemn your sin.  And for those who insist that Scripture calls on us to “rebuke sin” (see I Timothy 5:20), this must not be read as a blanket assignment to walk through the world pointing out sin. Sheesh!  I cannot imagine a worse assignment.  That command is given in the context of a pastor leading his flock, and must be done in love with a view toward redemption.

In the story of the Good Samaritan, God’s people must not identify either with the priest or the Levite who turned up their noses at the bruised and bleeding guy in the ditch, nor with the thieves who put him there in the first place.  Our role model is  the Samaritan traveler who crawled down in the ditch with the fellow and did everything he could to rescue him.

The last thing in the world the poor victim needs is another attacker.