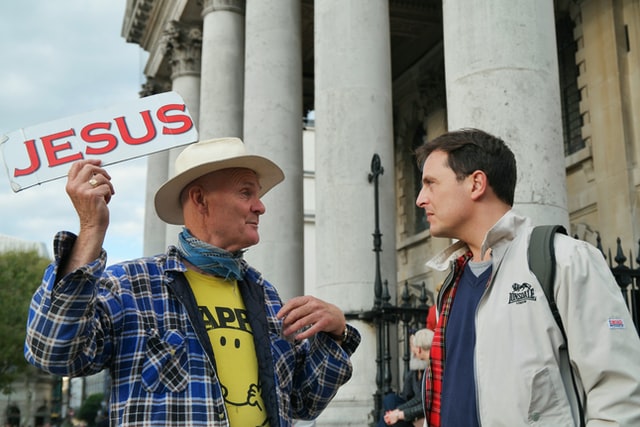 I love some of the specialized channels on Sirius XM satellite radio, and was pleased when they devoted a channel to Billy Joel’s music.  He had some great hits we all love. The problem is he also recorded a whole lot of junk.

To enjoy the occasional hit, you have to endure all the mediocre stuff.

Same with novelists. Our favorite writers can turn out some real bombs. You wonder why they don’t write only best-sellers.

The answer, of course, is that when they’re writing the books and recording the music, they have no way of knowing. If, as Paul said, “we see through a glass darkly,” it’s equally true that we write books and compose songs without a clear idea of the result.

When I was young in the ministry, I spent three years on the staff of a large church and got to see upclose how things are done. Most of it was great and educational; all of it was interesting.

On more than one occasion, I chaffeured our pastor–a young man himself and unfortunately a little too impressed with his accomplishments, it turned out–on short trips where he would address a group of ministers in some nearby county. I can still hear him saying, “Why am I wasting my time doing this? That bunch is never going to do anything.”

Now, I disagreed with him then–and said so, leading to some interesting conversations–and do so to this day.  I love to speak to pastors groups, large or small.

Some preaching to such groups is indeed a waste of one’s time.

In the same way, some preaching on Sundays is pointless and worthless also, for all the good it does.

The problem is we never know.

If a farmer knew which field was going to produce and which would do poorly, he could save himself a lot of time and trouble. If an investment counselor knew which stocks would flourish and which were disasters, he would be hailed as a genius.

The writer of Ecclesiastes had this very thing in mind. “Sow your seed in the morning, and at evening let not your hands be idle; for you do not know which will succeed, whether this or that, or whether both will do equally well” (Ecclesiastes 11:6).

Don’t try to judge the soil and conditions and make predictions; just sow the seed.

A preacher goes forth like a farmer, sowing down all the fields he possesses. Some will bring forth fruitfully and some sparingly. But his job is to sow the seed and leave the production to the Lord.

Our Lord Jesus said, “A farmer went out to sow his seed. As he was scattering the seed, some fell along the path and the birds came and ate it up.” (Matthew 13:3ff.)

Had the farmer known he was wasting his time there, that the birds would steal his seed, he could have saved himself some trouble.

In the parable, other seed fell on rocky places where it sprouted, but soon withered under the heat of the sun. Some seed fell among briars which choked off this new life. Fortunately, some fell on good soil, “where it produced a crop of a hundred, sixty, or thirty fold.”

A farmer was showing a visitor around his farm. The city fellow pointed out that the last rows around the edge of the field had smaller plants and didn’t seem to produce much. The farmer said, “Yes. The last rows always produce poorly.” The guest said, “Then I suggest you not plant the last rows. I’m surprised you haven’t thought of that.”

On our family farm in north Alabama, we would sometimes walk across fields broadcasting soybeans. Months later, the field would be cut and baled as hay for the winter months. By “broadcasting,” I mean it literally. We cast broadly. (Which, of course, is where the term originated.) We threw the seed in every direction. No doubt the birds got some, and some did poorly for other reasons. But all in all, the soybean produced well and the animals got the benefit.

A farmer lives and works by faith as much as any preacher or missionary ever has or ever will. Christians could learn a lot from living on a farm for 12 months.

The Apostle Paul said our efforts in this world fall into two groups, “wood, hay, and stubble” and “gold, silver, and precious stones.” (That’s I Corinthians 3:12.) The first is work produced in the flesh, using carnal methods and unworthy motives. It doesn’t last. The second is what the Spirit within us does for the glory of Christ. This is permanent fruit, the kind that glorifies the Lord and blesses mankind forever.

In this life, we do have some control. We may abide in Christ and work in the Spirit and thus produce good work which is characterized as “gold, silver, and precious stones.”

Even then, however, much of the work we do and the preaching we deliver will fall on deaf ears. Some will seem to have been a waste of time. But we leave that all with the Lord.

He alone knows. And nothing is ever wasted when done for Him and unto Him.